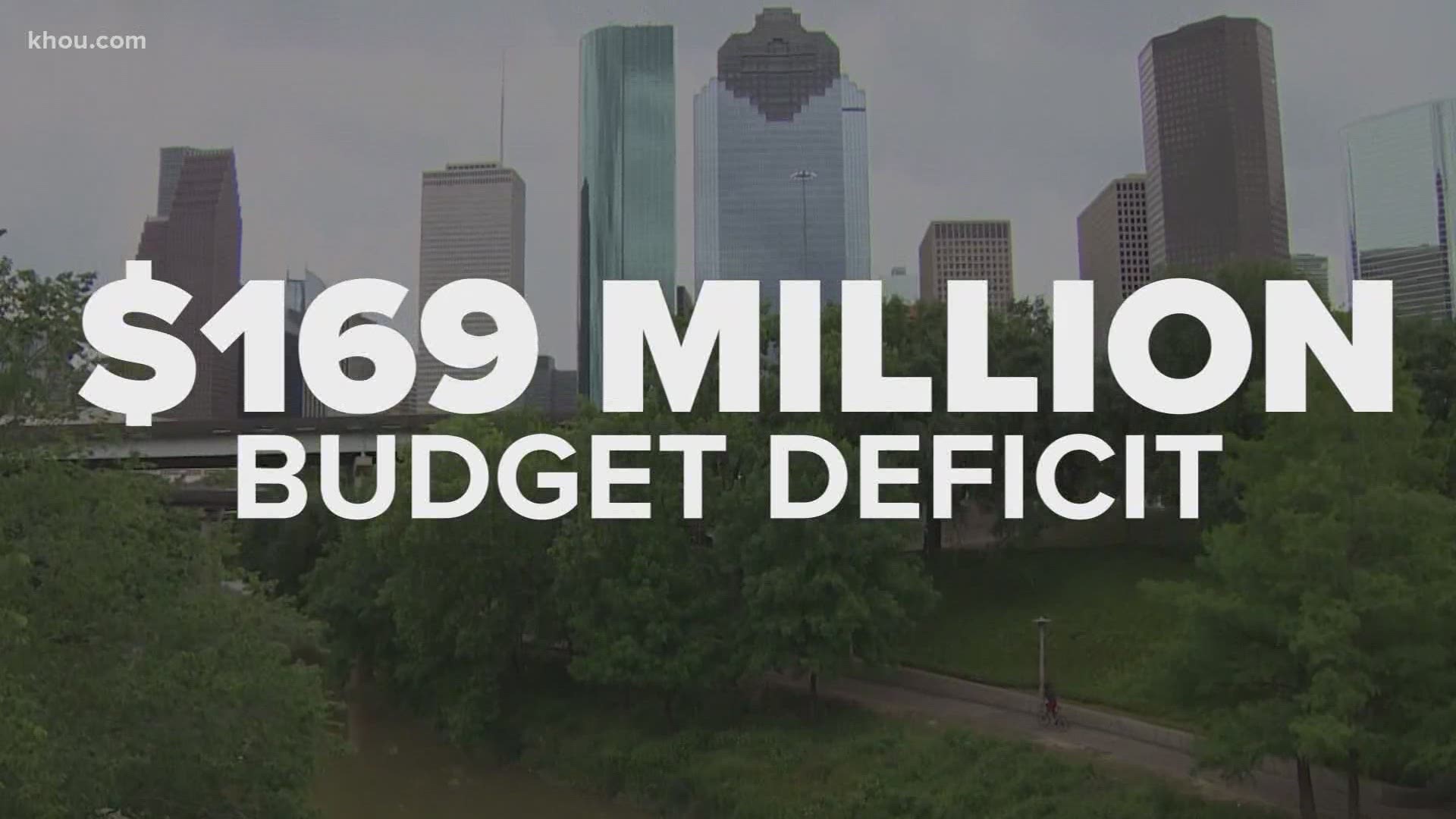 HOUSTON — Mayor Sylvester Turner unveiled the details of his 2021 city budget Tuesday morning calling it the toughest one he's ever had to put together.

The COVID-19 pandemic has created a $169 million gap in the city of Houston’s budget. Because of coronavirus, the city is expected to lose $107 million in sales tax revenue that will have a significant impact on city services.

Turner announced 3,000 city workers will be furloughed for a total of 10 days if the budget is approved, saving the city $7 million. Those furloughs would start in July and would not impact police, firefighters or solid waste workers.

"It's hard to close a $169 million shortfall without employees being adversely affected," Turner said. "I will say this, this is the first time since I've been mayor we've had to exercise furloughs or layoffs."

Other measures to close the gap include:

The budget provides for overtime for police, three cadet classes for the fire department, funding for parks, libraries and trash pickups and upgrades to drainage and streets.

"It's a lean, lean budget," said Turner. "But it does balance despite the tough financial challenges."

Turner said the city's Economic Stabilization Fund or rainy day fund has been depleted in order to balance the budget but also deal with the COVID-19 pandemic. It leaves the city in a precarious situation heading into hurricane season which officially starts June 1.

“If a storm should hit in June or July, August, the dollars in that fund are gone,” the mayor said.

The mayor is looking at ways to use the CARES Act to balance the budget, but he's also calling on Congress to provide more financial assistance to help cities like Houston, that are dealing with difficult budgets because of COVID-19. If more money is doled out by Congress, the budget could still change.

Turner says his priority is reinstating the five HPD cadet classes and stopping the furlough process.