104-year-old Major Wooten has served the country and has now overcome COVID-19. 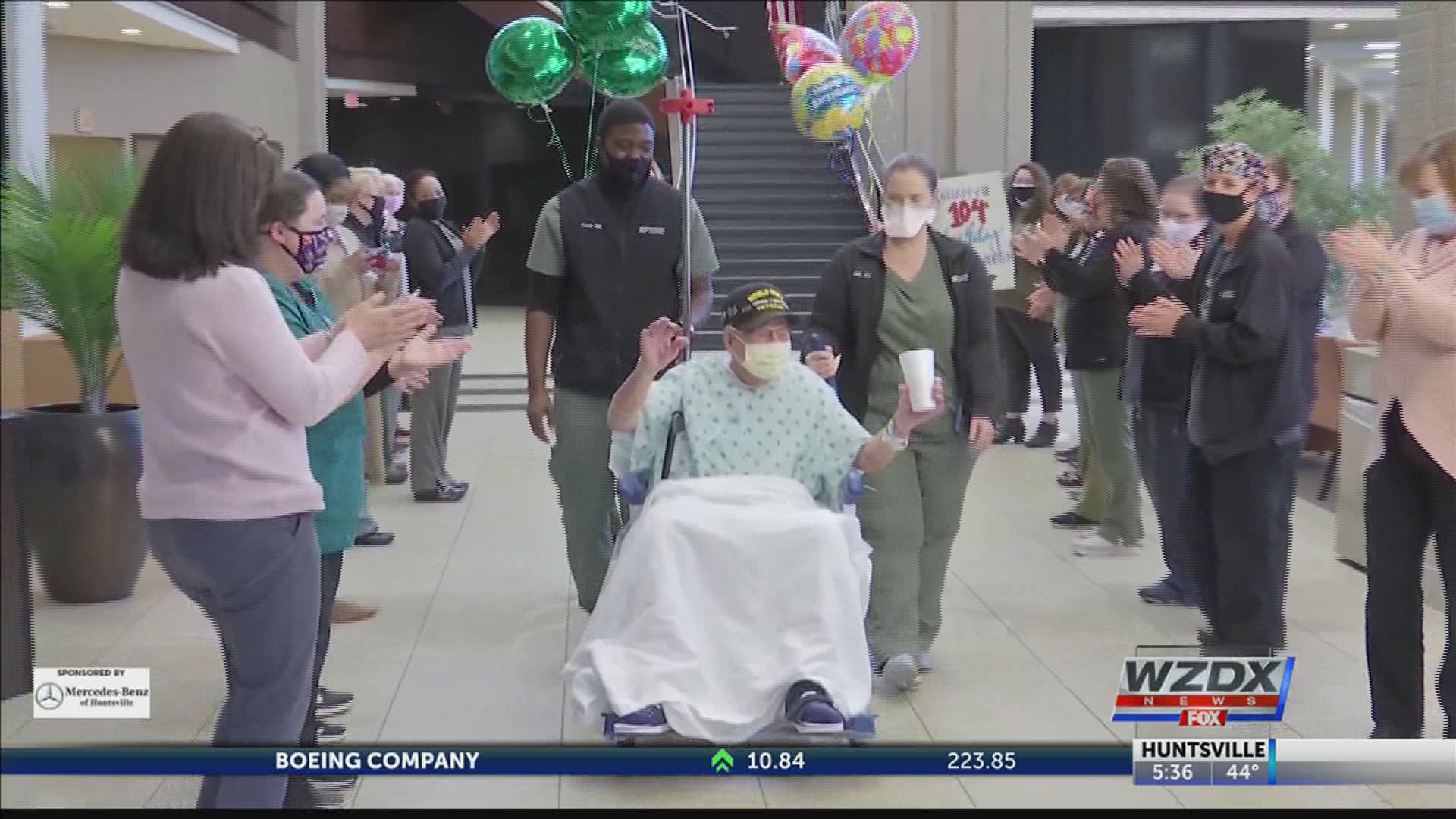 HUNTSVILLE, Ala. — Happy Birthday to Major Wooten, a veteran, who celebrates his 104th birthday after beating COVID-19.

He was released from Madison Hospital after beating the virus and his granddaughter, Holly McDonald shared how he was able to overcome the virus.

"People need advocates in the medical part of their lives. We are fortunate to have him living with my mother, who [worked] 35 years [as a] nurse and [in the] medical intensive care unit at UAB," said McDonald.

Wooten is surrounded by a family of medical professionals.

"My sister is a nurse practitioner and works at the family care [facility] that he goes to, and the doctor there recommended a brand new drug that just came out," said McDonald.

That drug is called Bamlanivimab. It's a man-made antibody produced in a laboratory that can mimic the human immune system response to infection, according to the Minnesota Department of Health.

"I truly believe that that is what helped him not get so severe," said McDonald.

"Today, he's tired. You don't sleep much in a hospital, so, he's playing major catch up. He got up early this morning, [but] once he was finally able to go to sleep last night, he slept, said quote 'like a log'," said McDonald.

Wooten keeps his spirits up by living an active life, and interacting with a lot of people.

"Matter of fact, the week before he tested positive, I was over at their home doing a Zoom with my seventh graders French class. So he got to speak to sixth graders, seventh graders, eighth graders and spent I guess, maybe 5 hours in front of a computer talking with the class and talking to them about his time in France, and [his time] in war and the Great Depression and all that, and he just loves it. I mean, he loves it," said McDonald.