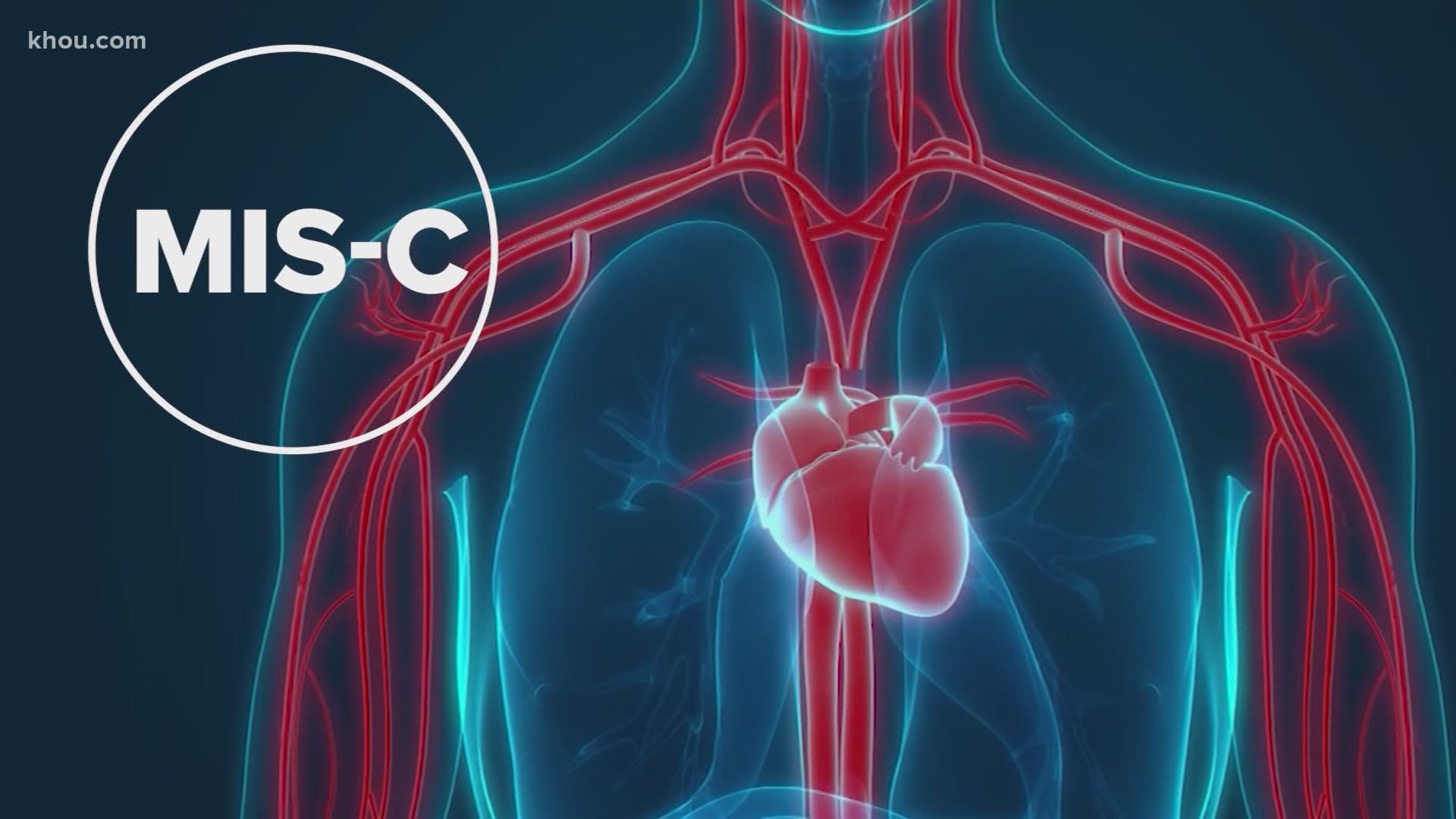 For the last several weeks, kids nationwide have been hospitalized with an inflammatory syndrome never seen before.

Doctors say the mystery illness now has a name: multisystem inflammatory syndrome in children, or MIS-C.

Dr. Michael Chang, is a pediatric infectious disease specialist with UTHealth and Children’s Memorial Hermann Hospital, says the hospital has seen a handful of suspected cases.

Texas Children’s Hospital has also reported several confirmed and suspected cases of the disease that seems to target older children.

“Essentially, the immune system is overreacting to COVID-19, but it takes a little while for all of that to build up,” Chang said.

He says cities in Europe and New York have also seen the same trend.

Kids show symptoms of MIS-C a few weeks after COVID-19 peaks in the community.

“Interestingly, we’re at about that same time frame. We have patients we’ve been evaluating for prolonged fever, no obvious exposures, with rash, with laboratory abnormalities consistent with the case definition of MIS-C,” Chang said.

The CDC says a confirmed case of MIS-C requires a child test positive for COVID-19 or its antibodies.

So far, none of the kids at Children’s Memorial Hermann Hospital have.

However, we’re told patients have responded well to the treatment for MIS-C, which is called intravenous immunoglobulin.

“What IVIG does is it helps to suppress the inflammation in general. The theory is it resets the immune system,” Chang said.

He says parents should be aware of MIS-C so they can get help quickly if their child develops symptoms.

According to the CDC, symptoms include:

Texas Health and Human Services says fewer than 10 suspected cases of MIS-C have been reported statewide.