Once Laura Johnson's family returned to the United States, she visited a doctor at the McGovern Medical School at UTHealth. There, doctors discovered she had a hole in her heart, which is called a patent foramen ovale (PFO). 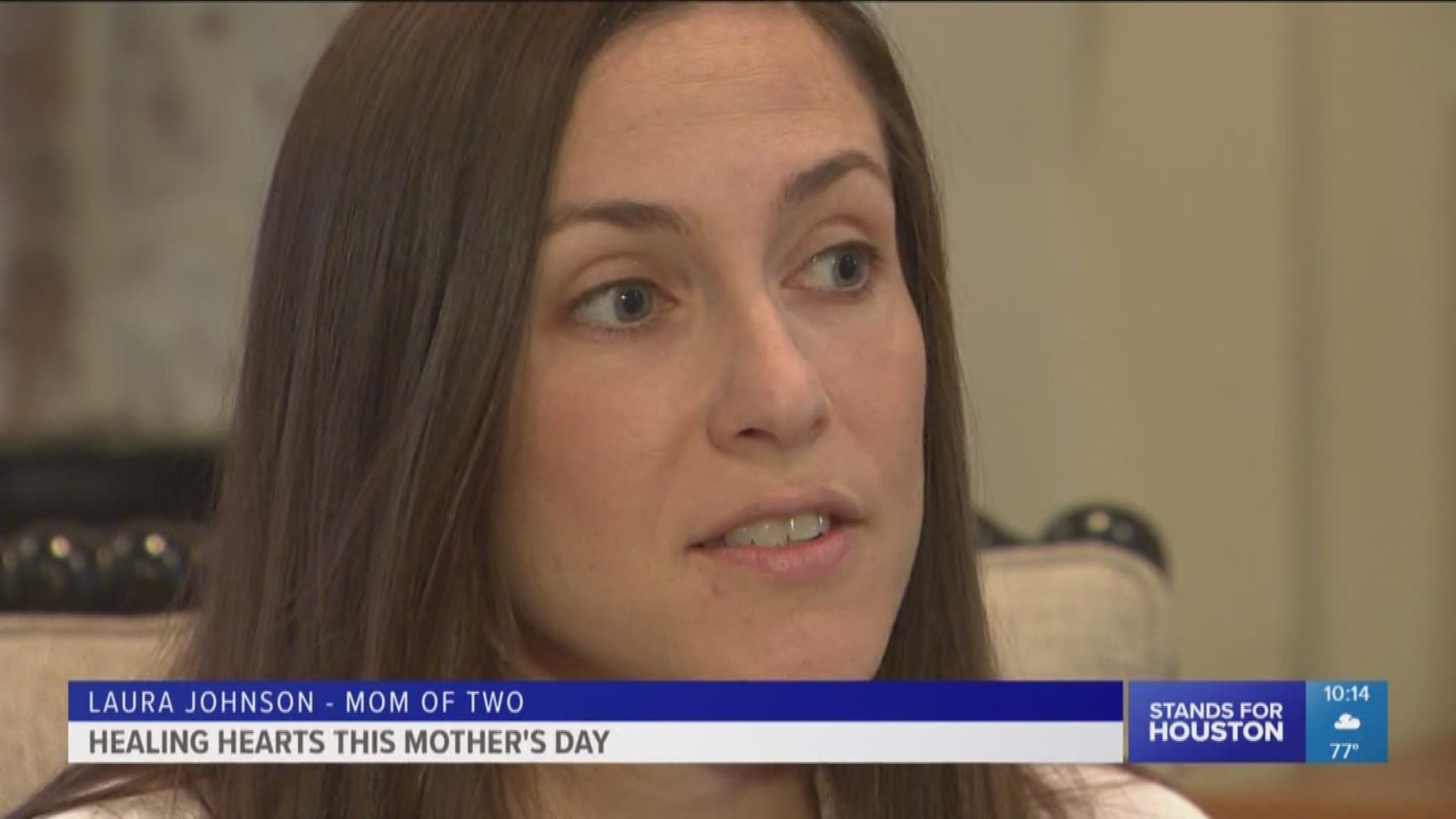 HOUSTON — HOUSTON – This is the first healthy Mother’s Day for a local mom who suffered a stroke at just 35 years old.

It happened while Laura Johnson and her family were living abroad.

Johnson had just given birth to her second son 3 ½ months before.

“I was reading to [my son] and trying to get him to eat his breakfast. All of a sudden, I lost the ability to talk and move,” she recalled. “I didn’t know what was going on with my body. I was just wondering, when is this going to pass?”

She was rushed to the hospital, where doctors confirmed she had a stroke.

“For my own piece of mind, I needed to try and piece together the puzzle of why this happened and to know this wasn’t going to happen again,” Johnson said.

Once the family returned to the United States, Johnson visited a doctor at the McGovern Medical School at UTHealth.

There, doctors discovered she had a hole in her heart, which is called a patent foramen ovale (PFO).

“Having the PFO is what allowed the blood clot to get to my brain,” said Johnson.

The condition is actually very common.

Dr. Anjail Sharrief, a neurologist with UTHealth/UT Physicians, says all babies are born with a hole in their heart.

“For 75 percent of people, it closes in infancy. But for a quarter of people, it stays open. For most of them, they’ll never have a problem with it,” said Dr. Sharrief.

Although rare, having a PFO increases the chance of blood clots and stroke for women following pregnancy.

“We think the risk is very high just after pregnancy,” explained Dr. Sharrief. “We think to protect us from too much bleeding at the time of delivery, is what increases the chances of having clots. That chance of having clots decreases quite a bit after the first couple weeks, then it continues to go down after that.”

The combination of the PFO and recent pregnancy is what led to Johnson’s stroke.

The mother of two opted to undergo a procedure to close the hole in her heart.

“I was living in fear wondering if I would ever have a stroke again until I found out I could have this procedure, a simple procedure, and get rid of that fear and know I was fixed and healthy,” said Johnson.

Doctors say the optional procedure may be a good option for other stroke survivors.

“There’s a lot of evidence now that’s come out in the past year and a half or so, that there are patients who definitely benefit from closing the PFO, Dr. Sharrief said. For some patients, they had strokes years ago. They have a PFO, but they decided there was nothing to be done about.

"It would be important to have a reevaluation to have a neurology and cardiology team look at you to see if you would benefit from closure."

It is also important to recognize the signs of stroke and seek help immediately, because some treatment options are time sensitive.