Cancer robbed Ellie of her hair but not her life. She is now 8 and a survivor. 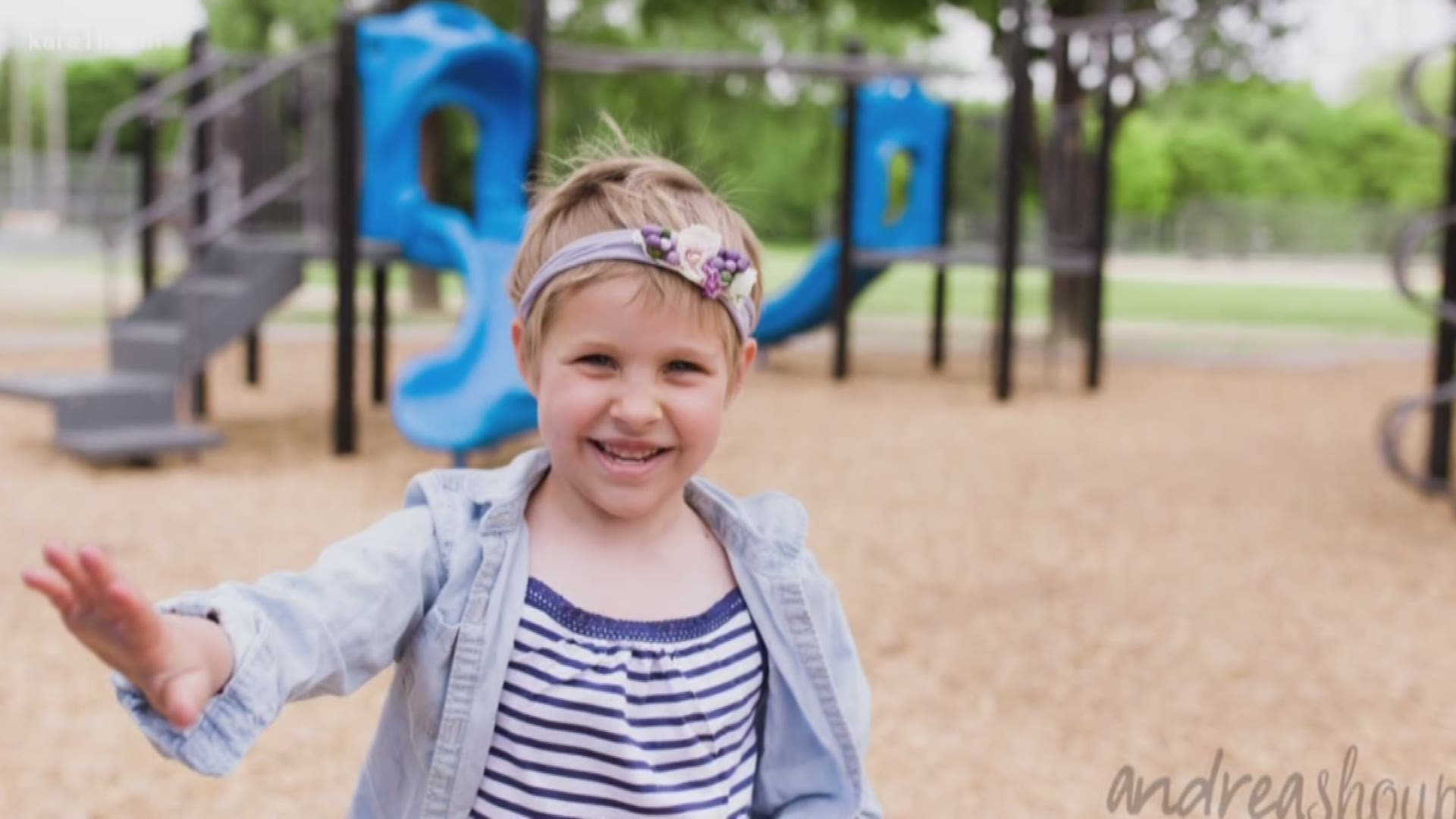 MOUNDS VIEW, Minn. — During the month of June, we pause to celebrate survivors.

People who have been delivered a grim cancer diagnosis but beat the disease.

One Mounds View woman says without a clinical trial and the help of a generous organization her daughter might not be here.

Andrea Shoup says doctors delivered the neuroblastoma diagnosis when Ellie, her daughter,  was 11 months. The cancer is normally in the adrenal glands but Shoup says her daughter's tumor was in her neck.

“If there is anything that you don't prepare for in life it is to be told that your child has cancer. Some of our harder times would be documenting Ellie's cancer journey,” she said. “She was diagnosed with stage two cancer as an infant. We thought the prognosis was great. Given a 90-95 percent chance of survival without needing any further treatment. We felt really grateful and blessed."

“We learned our team had misread our scans for three years. Then at the age of 4 she was upgraded to a stage four cancer,” she said.

Shoup said at the time of the second diagnosis, doctors told her Ellie was fine.

But her intuition told her something was wrong, and she asked for a second opinion. That’s when she learned the cancer she and her husband thought was removed when their daughter was an infant, had spread.

“We took her camping in the back yard at her grandparents' house. Told her that her body just wasn't working the way it needed to and we didn't tell her she had cancer, we wanted her to focus on being 4 and doing the things she loved as a 4-year-old and not worrying about her health and if she was going to live or die,” she said.

Cancer robbed Ellie of her hair but not her life. She is now 8 and a survivor.

Ellie says there's only one way to describe the treatment: Owie. Owie. Owie.

“We wiped out our savings going out there and incurred a lot of debt,” she said. “In the first year of treatment our insurance was billed over a million dollars.”

But the Lazarex Cancer foundation stepped in to take the burden of bills off the Shoup family and others. The foundation covers the cost of travel and other related expenses. Last year, the organization helped about 700 people with navigation and financial reimbursement.

"I cried happy tears because it meant that I didn’t have to fund-raise from inside the hospital," she said. "I didn't have to ask friends and family for their frequent flier miles or ask our parents for money. It was a huge relief."

Erin Miller, Development Manager of the foundation, said only five percent of cancer patients enroll in clinical trials. She said patients often don't know about the opportunities and when they do learn about the travel plus expenses, it’s out of reach.

She also said more than 50 percent of clinical trials fail because they don't have enough patients.

While the Lazarex is funded through private donations, Miller says the organization is pushing to get more pharmaceutical companies on board with helping reimburse patients.

The Shoup family said they can now focus on health and not the financial drain.

Ellie’s tumors are gone and she remains on the trial to prevent relapse. Without the Lazarex she may have not been able to complete the the course of the trial, which ends in August.

“I have to believe things worked out the way they did for a reason. I am happy to move past that resentment and that anger to a place we can feel thankful that she is doing well,” she said.

“We enrolled in several clinical trials to keep her clear of disease because there is roughly a 50 percent chance of relapse with her cancer.”