New numbers from the CDC showed that at least 15 of the people who died reported using marijuana-based products containing THC. 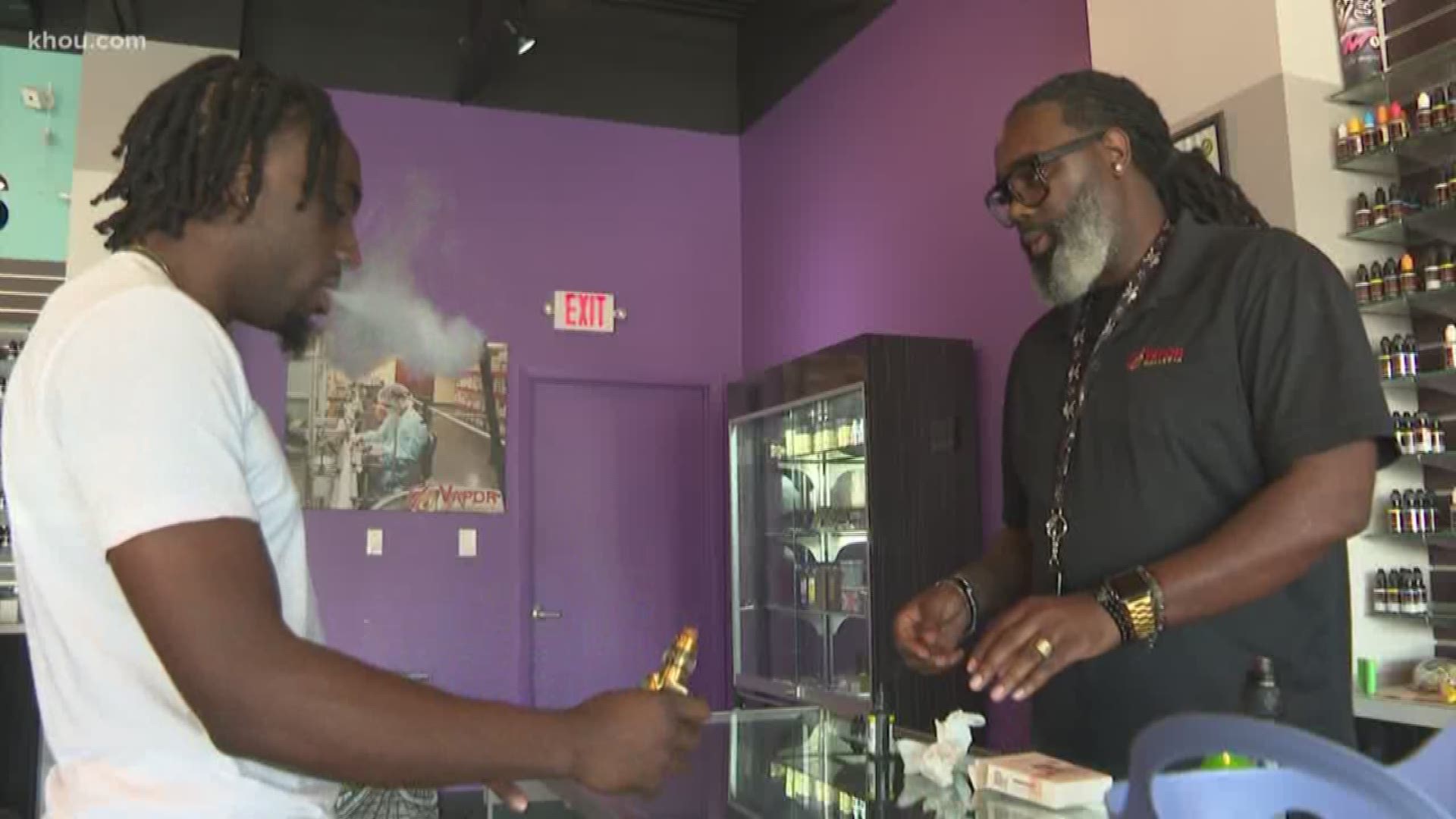 HOUSTON — For the first time since the outbreak of vaping-related lung illness, the CDC released numbers that appear to show a trend in the products people were using.

The Centers for Disease Control reported that it had information from 19 patients who died on what specifically they were inhaling. At least 15 of those 19 reported using THC products.

THC is the psychoactive component of marijuana.

Still, the CDC and FDA report they have not identified the cause(s) of the lung injuries. The only commonality among them is that the patients report using vaping products.

In Texas, the DSHS reports 9 of the 10 cases of EVALI report using THC, and possibly other substances.

"No one compound or ingredient has emerged as the cause of these illnesses to date; and it may be that there is more than one cause of this outbreak. We do know that THC is present in most of the samples tested to date, and most patients report a history of THC-containing products," the CDC wrote in a statement. "The latest national and state findings suggest products containing THC, particularly those obtained off the street or from other informal sources (e.g. friends, family members, illicit dealers), are linked to most of the cases and play a major role in the outbreak."

RELATED: Vaping-related illnesses in US still rising, but more slowly

The latest report is the first to describe characteristics of patients with EVALI who died to date, and also updates previous data on all EVALI patient characteristics, including sex, age, and substances used in e-cigarette, or vaping, products.