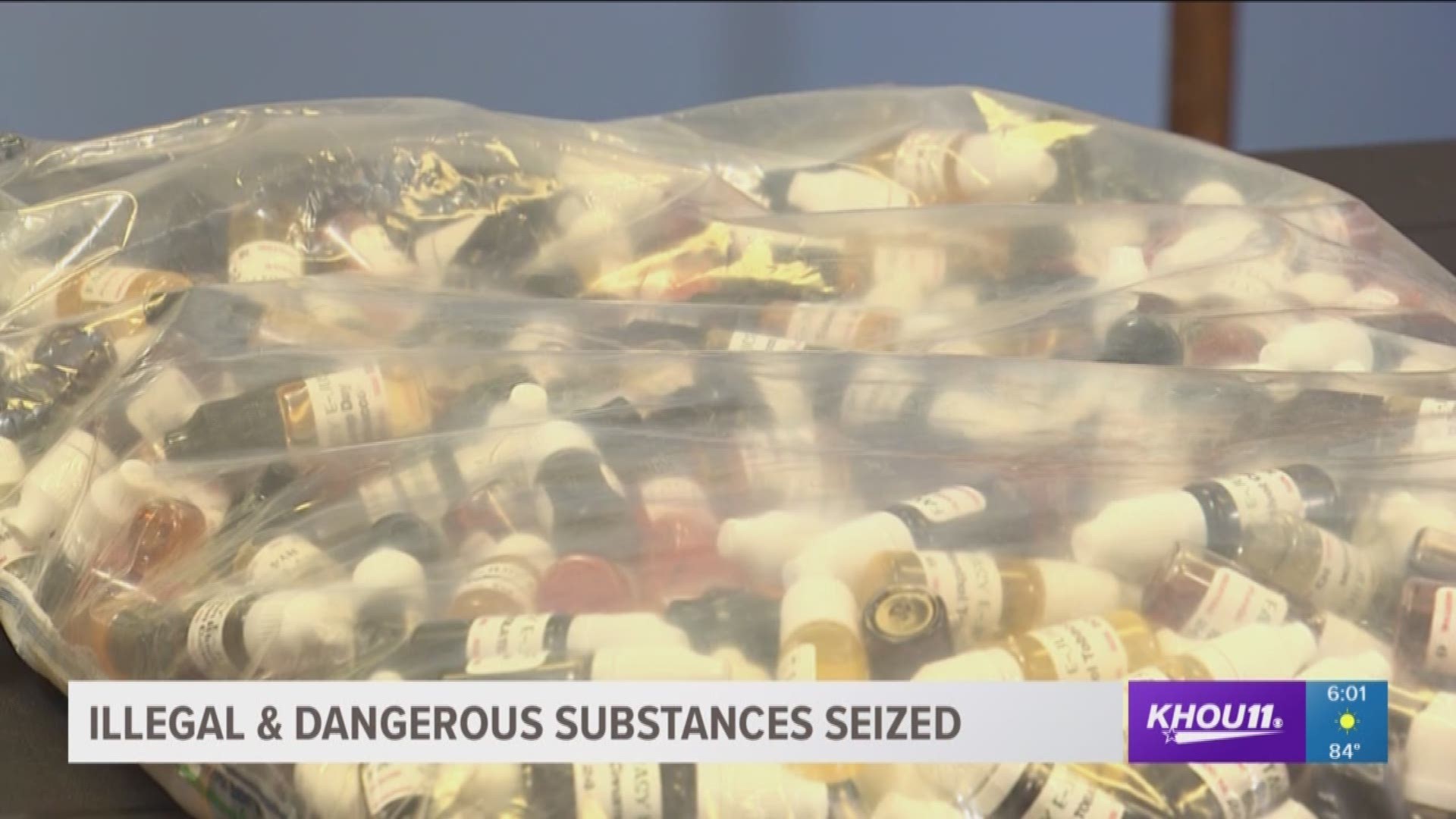 Raids of the business over the past several months has yielded guns, illegal vape liquids, black market pills and led to several arrests, according to police.

“You might as well just go get a pill that you find on the street, on the ground. Pick it up and take it,” said Houston Police Chief Art Acevedo. “Just go on the side of the road and find something on the ground. If you’re willing to do that, and don’t think it’s a problem, you’re probably the kind of person who would take that.”

KHOU 11 was able to speak with the owners of two of the smoke shops but they declined on-camera interviews.

Emergency incidents related to the use of the substances have become a strain on Houston’s emergency management systems, according to police.

“[The pills are] manufactured by people in garages and kitchens. You have no idea what’s in them. There’s no other way to put it. These things are horribly dangerous.”

Police displayed several of the illegal pills confiscated through raids, including “Rhinomax,” a male sexual-enhancement supplement.

The city attorney’s office says temporary restraining orders have already been filed against the businesses caught selling the confiscated substances.

A spokesperson with the city attorney’s office says the city will file civil lawsuits against the businesses, which could result in a fine of $20,000 for each tainted bottle of CBD oil sold.