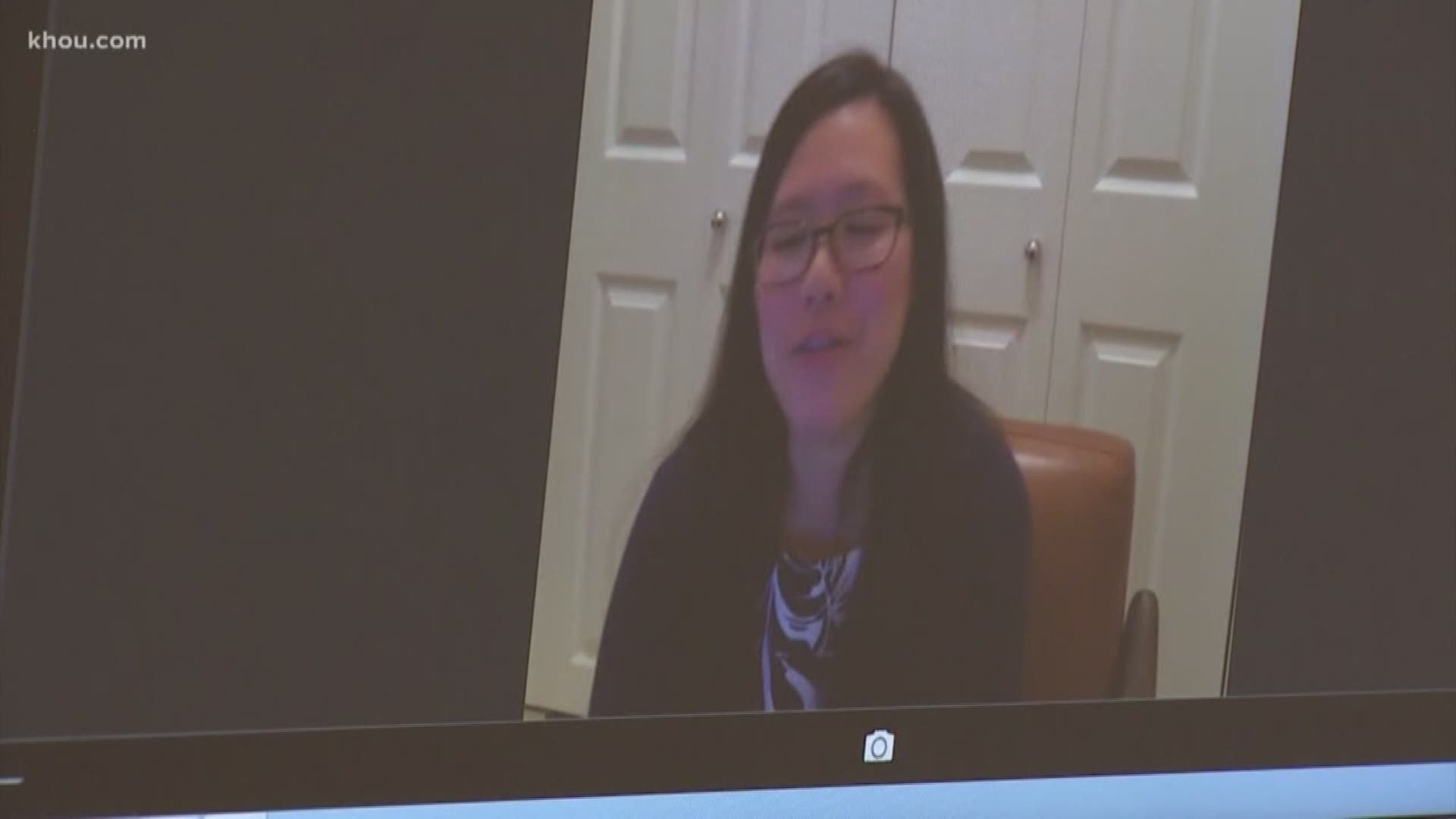 HOUSTON — At least 1 in 5 young people have a diagnosable mental health disorder that is impairing their lives. Now there's a new affordable program to help them and their families: telemedicine for pediatric patients.

The nurse leans into the waiting the room and calls, “Tony?” The 16 year old and his grandmother walk in. Tony's visit to Harris County’s A.C. Taylor Health Clinic starts like most routine checkups with weight and height measurements and a blood pressure check. But the high school junior isn't here for his physical health.

Tony is here to see his psychiatrist, Baylor College of Medicine's Dr. Anh Truong, via teleconferencing.

Dr. Truong is up on the screen talking to her patient, “Last time you said you were still kind of a little giggly at school.”

“My issues were talking excessively, getting up, walking around the classroom and being frustrated. I fidget around a lot. I walk around a lot. I get off task," Tony said.

It was impacting his school work. Grandmother Marjorie Barnes who is the teen’s guardian said, “I was getting frequent calls from teachers, at least 2 to 3 teachers had begun to call me and it was kinda like piling up.”

She shared emails from teachers, worried about Tony’s behavior in class, odd sleeping and more.

The Harris Health System's pediatric telepsychiatry program began late last year. Right now, the program sees about 20 patients a week. There is room for about half a dozen more kids and officials hope to grow the program if the county can establish a need. Kids have their private sessions from one of three east side health clinics. Ideally these are close to their homes.

A.C. Taylor is about 10 minutes from Ms. Barnes' home.

“I don't like driving. God forbid if I had to go to the Medical Center," Barnes said.

The program has a sliding scale for payment. It is designed to deal with certain issues.

Harris Health System’s Jennie Mondragon explains what qualifies for tele treatment, “Anxiety, depression and ADHD for the kids. When patients are suicidal or want to hurt themselves, they are referred out.”

Telepsychiatrists can also prescribe medications. That’s key for Tony.  After about half a year, what's the verdict?

“There's been a decline in teacher calls," Barnes said.

Best of all, there’s also been a climb in grades. Tony is passing all of his classes.

Those interested in setting up a telepsychiatry appointment for their children can call Harris Health System’s Pediatric line at (713) 873-KIDS (5437).