In the first seven months, the county says diversion saved law enforcement $9 million. So authorities expanded the program to include more non-violent offenses. 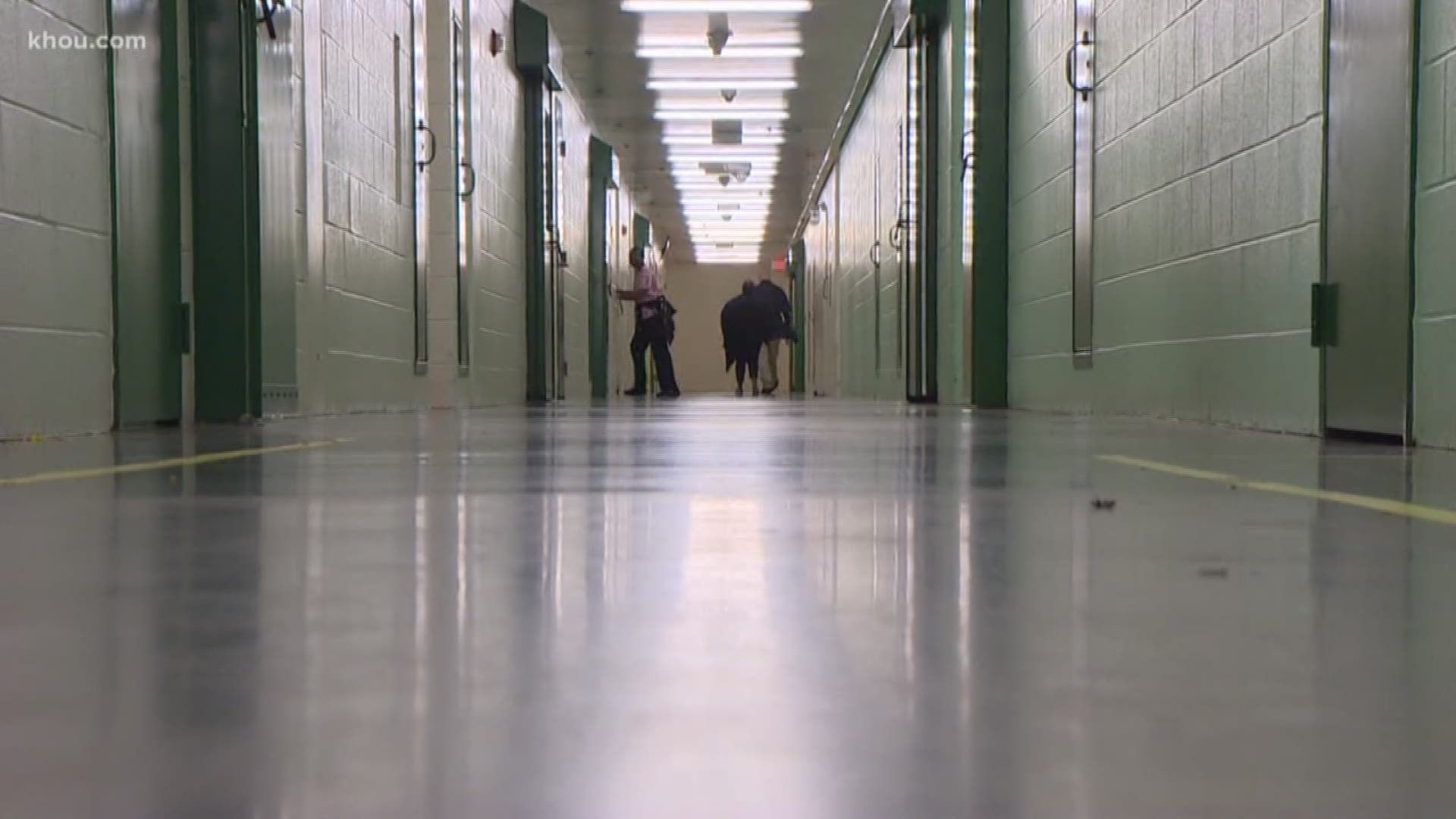 More than a third of inmates at the Harris County jail are taking psychotropic medications.

A year ago, the county began a program to divert low level offender with mental issues from jail to treatment.

The jail houses more mental health patients on any given day than all 10 state hospitals combined.

When Shelly Pugsley got arrested for trespassing, a Houston police officer dropped her off at the newly opened Judge Ed Emmett Diversion Center, instead of putting her behind bars.

“It didn’t change my life,” Pugsley said. “It saved my life.”

The 50-year-old suffers from depression and anxiety. Pugsley, like all clients, are admitted strictly on a voluntary basis. On average, an officer spends 11 minutes at a diversion intake, versus four hours at a jail intake.

At any given time, the diversion center may have 15-20 people, according to CEO Wayne Young.

Many of these people are homeless.

Everyone is checked out by a nurse and doctor; given a bed, prescriptions, counseling, job and life skill classes.

“That's part of the program,” Pugsley said. “You have to stay on the medications, have to see your therapist and counseling.”

In the first seven months, the county says diversion saved local law enforcement $9 million. So authorities expanded the program to include other non-violent offenses like criminal mischief, indecent exposure and some thefts.

Effective treatment is cheaper than a revolving criminal justice door.

Some inmates with diagnosed disorders have been thru the Harris County jail 60 to 80 times.

Pugsley, who's looking forward to moving into her own place next month, said she would’ve been homeless without the program.

“Right back where I was at,” she said.

What could help is UT Health’s new $125 million mental health facility, which will have room for 240 patients.

It broke ground Wednesday and is the largest academic psychiatric hospital in the country.