A vicious attack left Sabrina Greenlee blind. Now, during Domestic Violence Awareness Month, she is sharing her story in hopes of helping others. 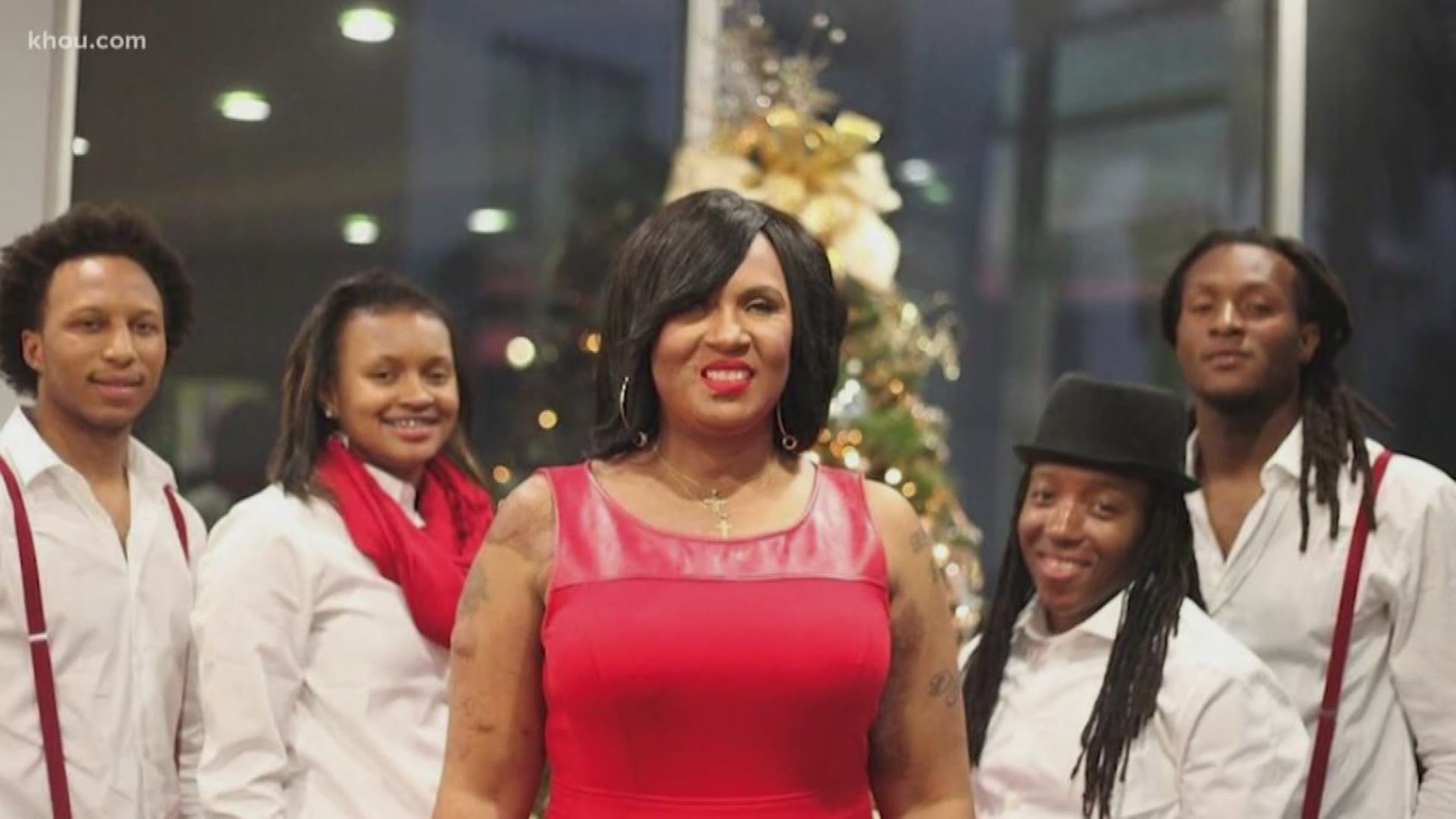 HOUSTON - Houston Texans star wide receiver DeAndre Hopkins’ mom has never seen him play in the NFL, even though she attends nearly every home game.

A vicious attack left Sabrina Greenlee blind. Now, during Domestic Violence Awareness Month, she is sharing her story in hopes of helping others.

When it's game time for the Texans, Greenlee is in the front row at NRG Stadium. She is there to cheer on her son, although she cannot see him.

Greenlee said Hopkins told her long ago, “It doesn't matter. I want you there.”

Greenlee was 14 years old living in South Carolina when the abuse started.

“By the time I was 17, I had been put into the hospital three times. I remember attempting to take my senior pics at 18, and it didn't happen because I had two black eyes and broken collarbone that day,” Greenlee said.

She married and divorced her first abuser, had three more abusive relationships and four children. In 2002, when Hopkins was 12, the "other woman" threw a mix of bleach and lye at Greenlee.

“Within seconds, I realize my skin is coming off my face, my neck my back," Greenlee said. "I was in a coma for 15 to 16 days. Totally blind when I woke up. Of course, that was terrifying.”

Greenlee fell into a deep depression and drank for the next four years until she became exhausted by it all. One day, she thought, “If I could just cook one meal.”

The woman whose parents battled crack cocaine and alcohol addictions battled back for her children. She showed up at school and athletic events, dealing with teachers and coaches.

Some people later thought she had gone overboard. Greenlee laughed in agreement.

“I was a nosy mama. I wanted to know their friends, where they were going. I snooped in their rooms when they weren't there. I was trying to get time back, too. Time that I had lost.”

Today, Hopkins works with his mom to bring attention to domestic violence. In 2017, he addressed HISD high school students with a stunning statement, “Since the age of 12 my mother has never seen me play a football game or a basketball game.”

“If he comes that way (past his mom's seat), he'll bring his mom the ball," Greenlee said.

We couldn’t resist asking Mom what the Texans need to do to win.

“If we can keep Watson off his back and the ball in DeAndre's hands," she said.

As for her proudest accomplishment as a mom, Greenlee said, “Getting four children into college, literally dropping them off, and just feeling full.”

Greenlee says colleges and preparing for that world were never on her radar. She wants her story to be an example that change is possible and the cycle of abuse can be broken.

“I’m super proud of every last one of them," Greenlee said, smiling. "They are super respectful. They love their mama."

With a wink, she adds, “That's the most important thing.”

Greenlee started a non-profit organization called SMOOOTH to help victims of domestic abuse. Her top three suggestions to other victims: