In June, the local model suddenly became sick and, by the end of the month, she needed a new heart. 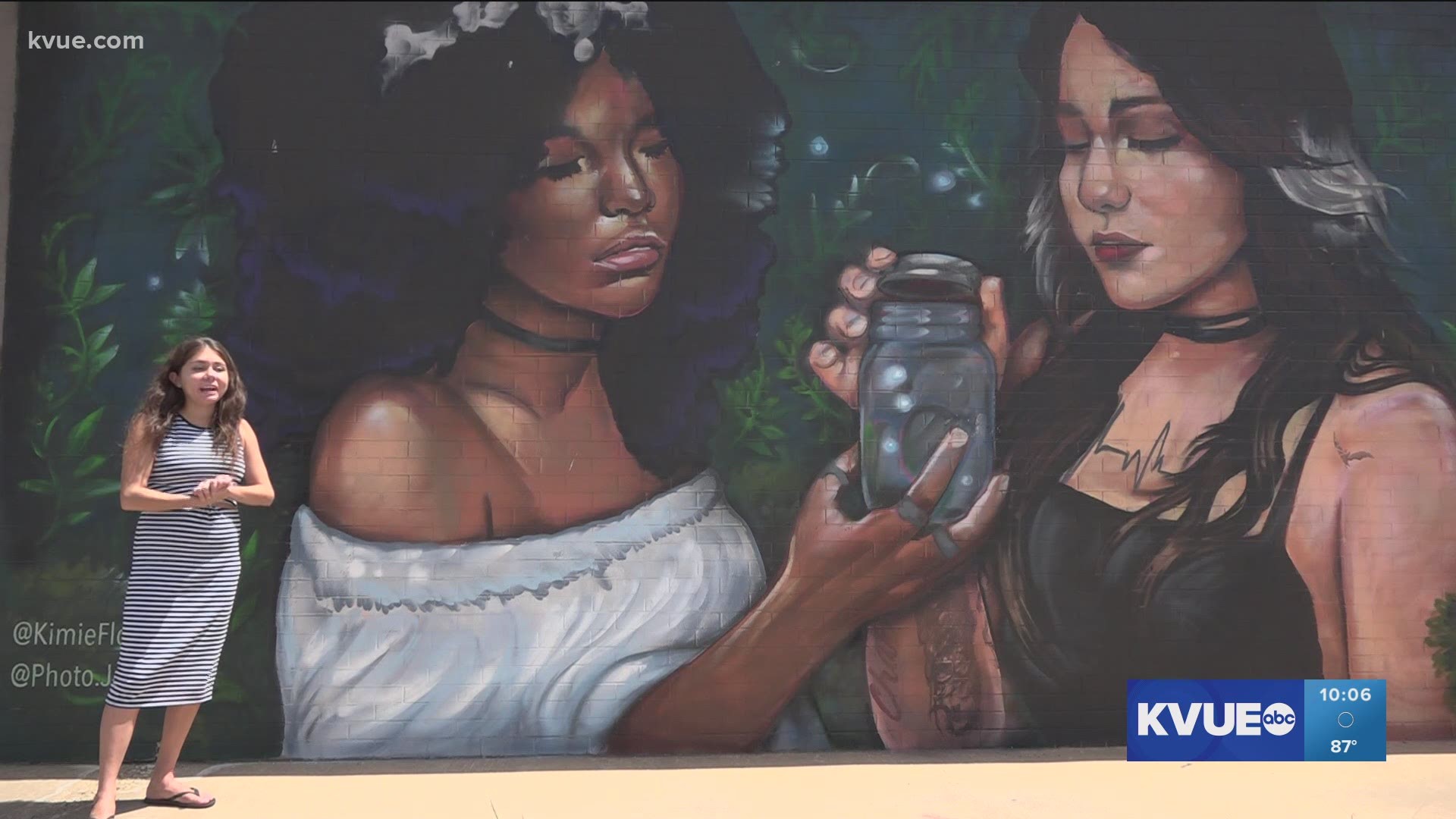 AUSTIN, Texas — A young woman is fighting for her life after suddenly experiencing heart failure, and now her family needs help with expenses.

"I love Oat Willie's in general so when she told me she was going to be on the side of it, I was like, 'What? How cool are you," said older sister, Chantel Hagens, as she stared at the mural of her sister.

Hagens is always talking to her little sister, Chanler Hagen, about her big accomplishments.

"She's honestly the most amazing person, I've ever met, she really is," said Chantel Hagens.

Lately, the conversation hasn't been as bright.

"She's smart, she's intelligent, she has a bright future and she's fighting for her life," said Chantel Hagens.

Chanler Hagens is a 24-year-old model with a full-time job. She was living a healthy life but, after suddenly falling ill in June, she had four open-heart surgeries.

"Seeing her stuck in this hospital bed, it's terrifying," said Chantel Hagens. "She has this special light in her and it's like she is stuck with all of these tubes in her. It's like the light is going away."

With machines keeping her alive, her family is waiting for her name to hit the top of the heart transplant waiting list.

"She has good days and bad days," said Chantel Hagens. "There are some days where she has fluid and drainage buildup, so it's hard for her to eat. I'm just like, this isn't real, like, she's 24. How is this happening? She had no prior health conditions."

While the family is confused about how Chanler Hagens got to this point, they know it will be a long road to recovery and even longer medical bills.

"I want her to know that everybody is rooting for her and we will all be there for her," said Chantel Hagens.

Chantel said Chanler has health insurance but the bills are already racking up on their end. The family has a GoFund me account setup.

The mural of Hagens is located on 5201 Cameron Road on the side of Oat Willie's.

The Backstory: A Texas cop kills a 12-year-old boy during questioning about a petty crime

The toll of a third COVID-19 wave on Texas doctors, nurses