Measles is highly contagious, and if one person has it, 9 out of 10 people around that person will also become infected if they’re not yet vaccinated. 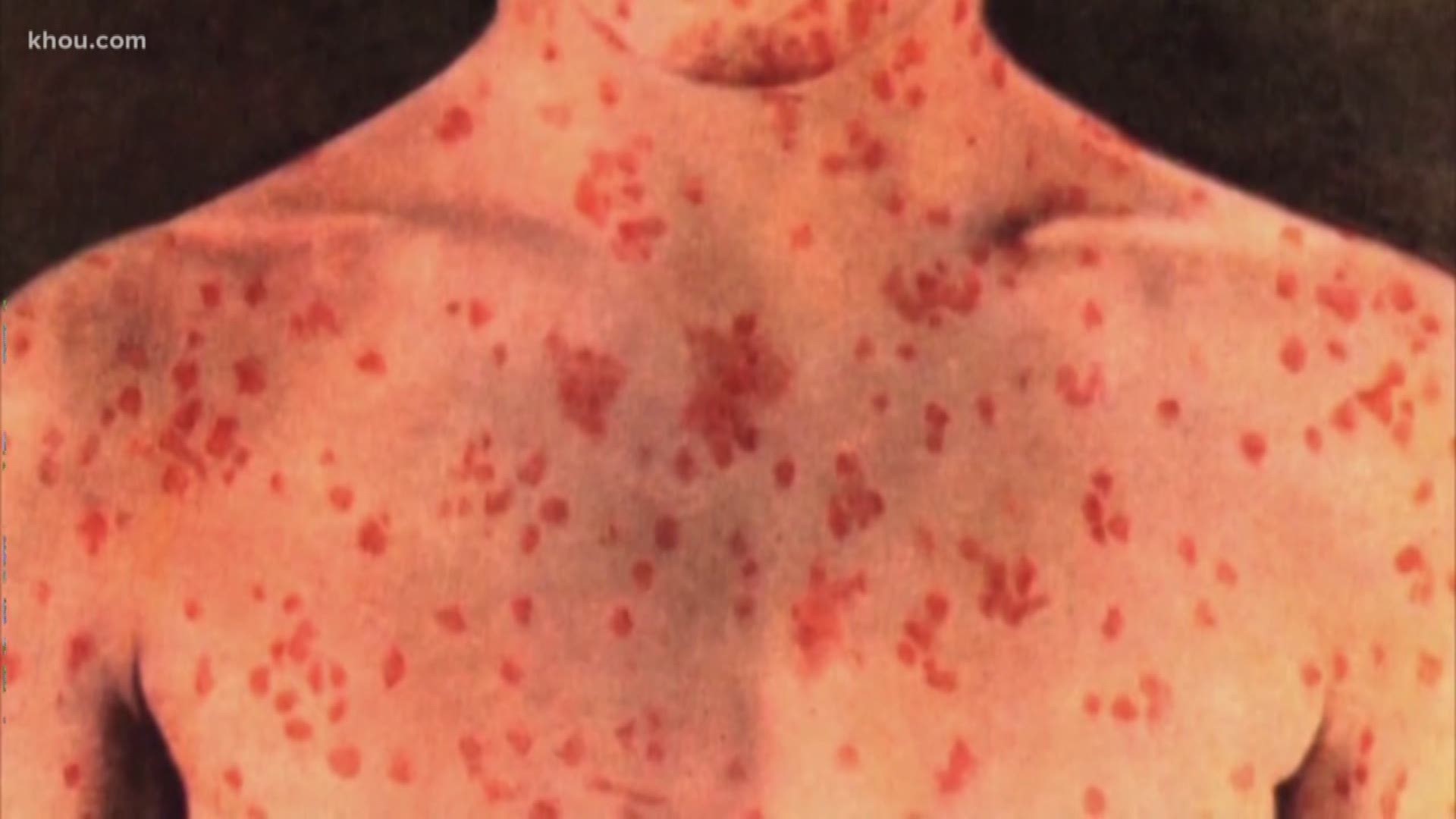 HOUSTON — Three measles cases have been confirmed in northwest Harris County, along with one in Montgomery County and one in Galveston County.

Four of the patients are children under the age of 2. The other is a Harris County woman who is approximately 30 years old.

The 1-year-old girl in Montgomery County is connected to one of the Harris County patients. We don't know which patient or how they are connected.

RELATED: Measles: 11 things you should know

At least three of the children had received the first dose of the MMR (measles, mumps and rubella) vaccine, but aren't old enough to receive the second dose.

Measles is highly contagious, and if one person has it, 9 out of 10 people around that person will also become infected if they’re not yet vaccinated. About 1 out of 4 people who get measles will be hospitalized.

"It takes 2-3 weeks for the full incubation period. If we start to see more cases then, I think we have some real concerns." said Dr. Philip Keiser, an Infectious Disease Specialist with the Galveston County Local Health Authority.

He says the toddler in Galveston County who contracted measles had received the first dose of the vaccine, but is too young to receive the second, which is recommended starting at 4 years old.

Dr. Keiser says everyone should be vaccinated against the highly contagious air-borne illness.

Measles is caused by a virus which spreads to others through coughing and sneezing.

“However, it is easily preventable. Parents and caregivers have the power to protect their children and themselves from this disease by getting vaccinated,” said Umair A. Shah, MD, MPH, Executive Director for HCPH. 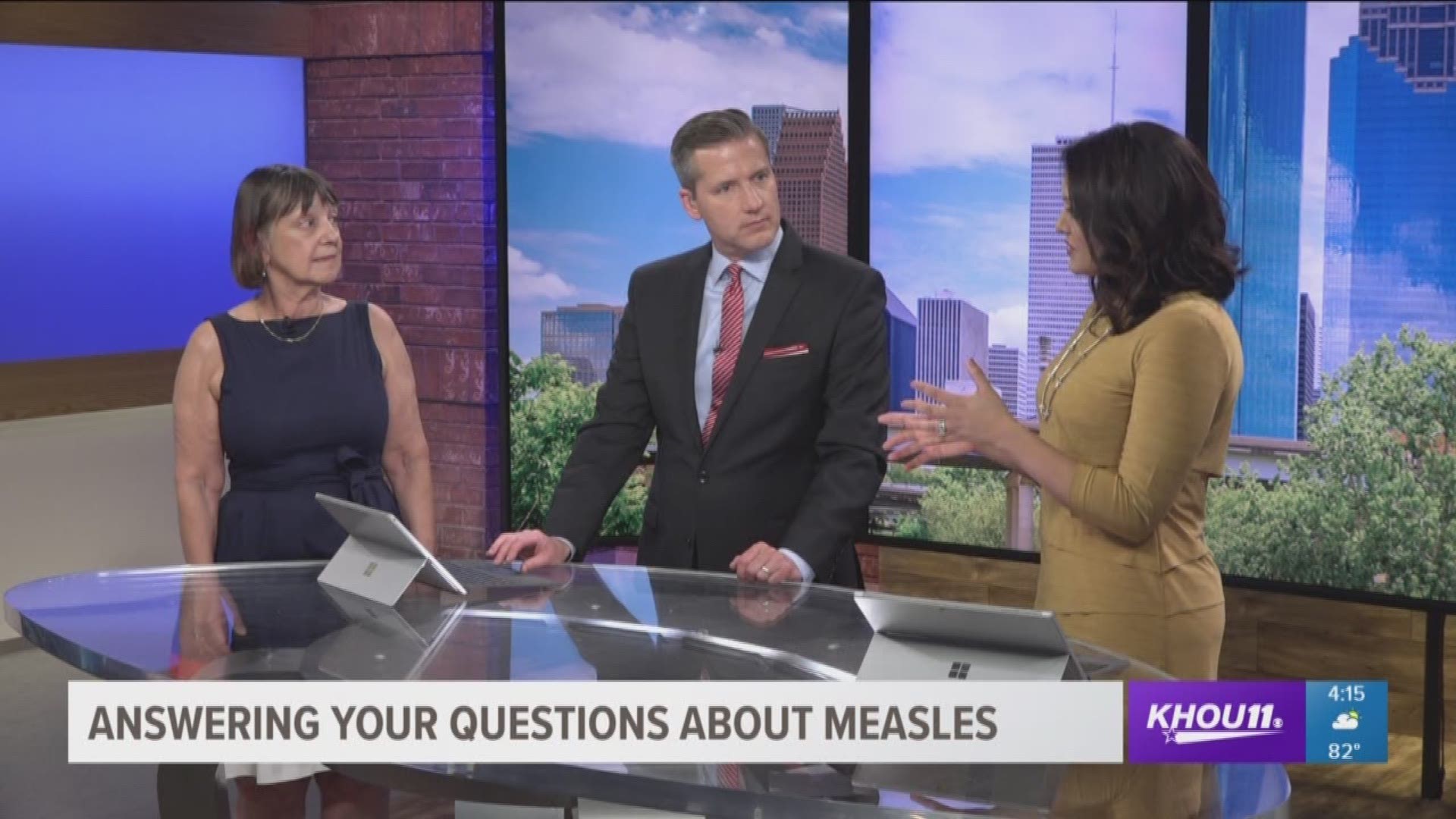 The last confirmed report of a measles case in Harris County was by the City of Houston in 2018.

Montgomery County hadn't had a case since 1996. Galveston County's last case was in 2007.

Measles can be dangerous, especially for babies and young children. Measles is an airborne virus that lives in the nose and throat mucus of an infected person. It can spread to others through coughing and sneezing. Symptoms of measles are a high fever, runny nose, cough, red-watery eyes and sore throat that is followed by a rash breakout 3-5 days after symptoms begin.

Measles is prevented through the combination MMR vaccine. 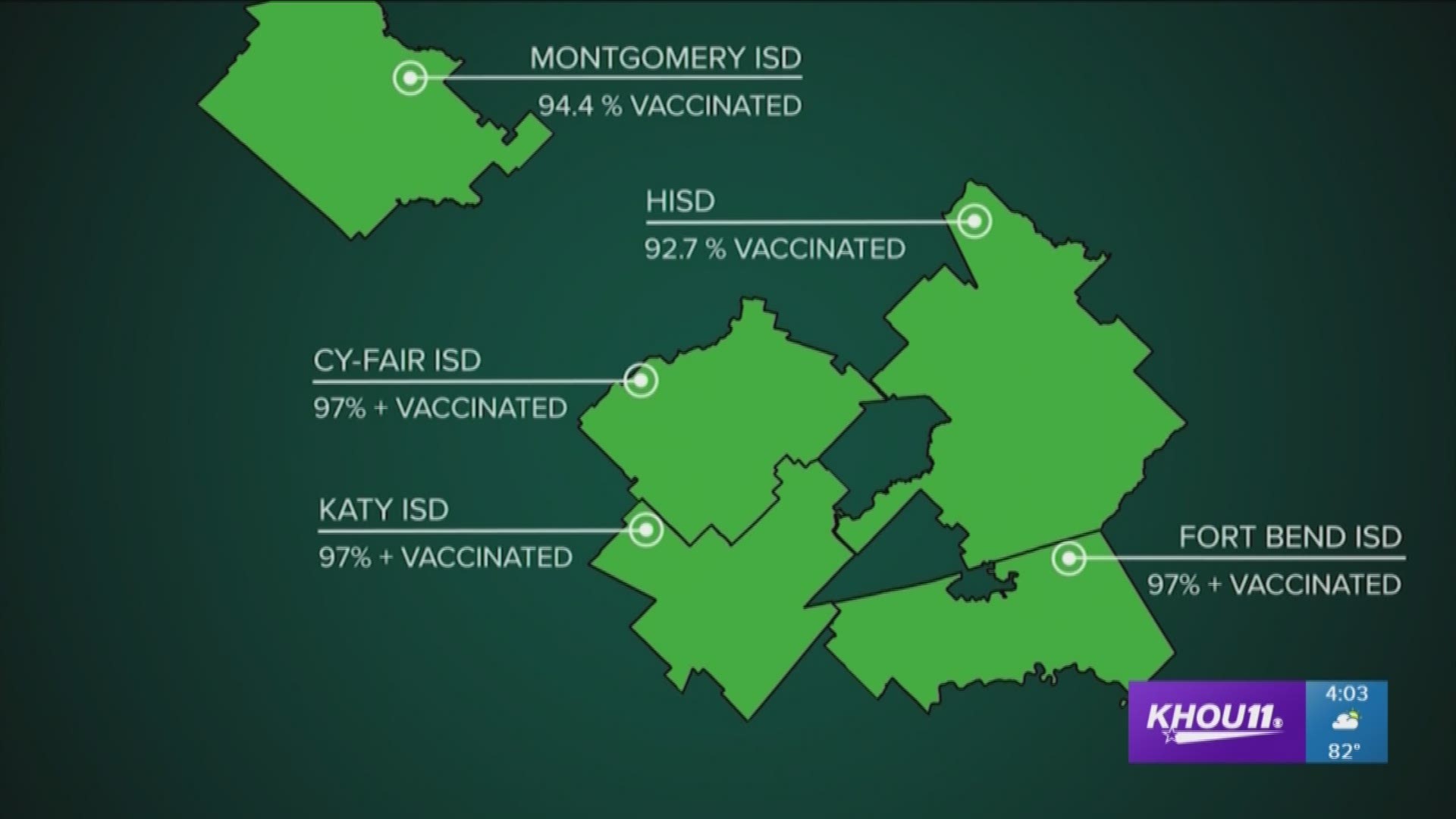 The Centers for Disease Control and Prevention (CDC) recommends that children get two doses in order to be fully protected:

The best way to protect yourself and your family against measles and other vaccine-preventable  diseases is by immunization. HCPH encourages individuals to contact their health care provider if they show signs and symptoms of measles.

For a list of recommended vaccines, please visit the Centers for Disease Control and Prevention or speak to your health care provider.

RELATED: What you need to know about the measles

Timeline | History of Vaccines
Measles is caused by a virus, morbillivirus, that's spread primarily via coughing and sneezing, and is recognizable by its well-known rash, which spreads to cover most of the body. The virus is extremely contagious: on average, 90% of... 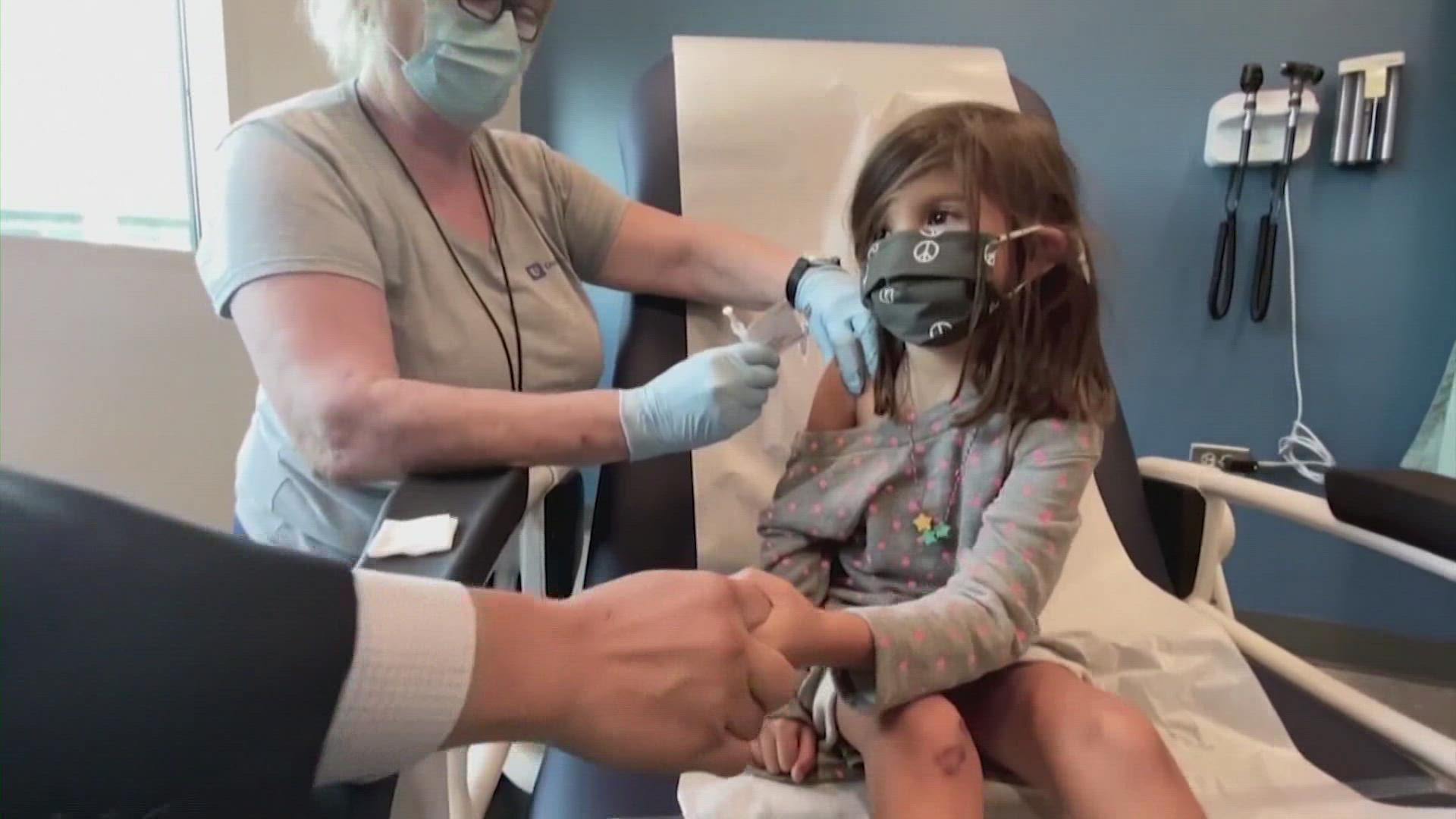