The oil is used to treat his seizures that are caused from epilepsy. 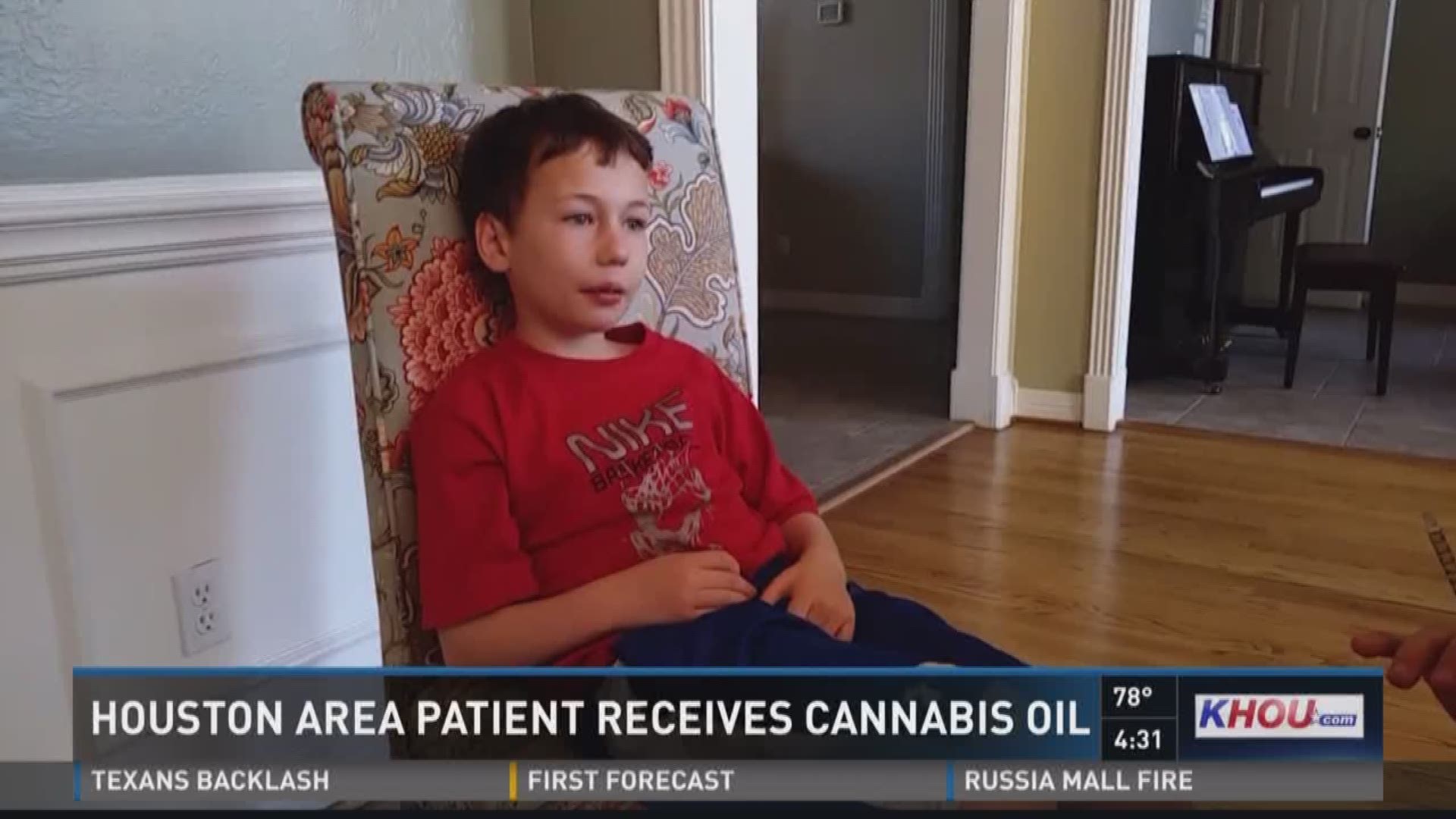 Ten-year-old James Challenger is one of the first patients in the Houston area to start using legal marijuana prescribed by a doctor.

It comes in the form of cannabis oil and only a small group of Texans are allowed to use it. They are epilepsy patients who are not getting any results from other medications.

James’ parents say it’s the answer to their prayers after he began taking the oil March 20.

"We saw a drastic improvement in him,” said Michael Challenger, James’ father. “His face lit up, his personality lit up, he is much happier.”

"I can show you school records of just horrible marks, to now where we haven’t had one bad mark since we started the medicine on Tuesday afternoon," says Mikelle Challenger, James’ mother.

The oil is prescribed by their neurologist, Dr. Josh Rotenberg, and it’s not covered by their insurance. Michael and Mikelle figure on spending around $200 a week for the oil. But, they say, if their son continues to improve, it’s well worth it.

Tests have shown James has been having at least a hundred seizures a day, and the 15 pills he takes each day don’t seem to help and have major side effects.

"He had been described as unhinged, just out of his mind, he wasn't there, you'd look at him and his eyes just weren’t there," Mikelle said.

Now they say their son is back, thanks to the oil he takes twice a day that comes from marijuana. They hope to eventually get him off all those pills and rely solely on the cannabis oil, which does not give patients a high like marijuana.

“It’s not the same thing that people use for recreational purposes,” Michael said. “This is a medicine that is highly controlled.”

The family is very involved in their church community. In fact, James’ grandfather is an associate pastor Sagemont Church. Michael and Mikelle said their fellow parishioners have been very supportive.

The way this family sees it, the cannabis oil is the answer to their prayers.