Currently, Republicans and Democrats living in the same precinct often have to vote at different polling sites. That could change under the proposed joint primaries. 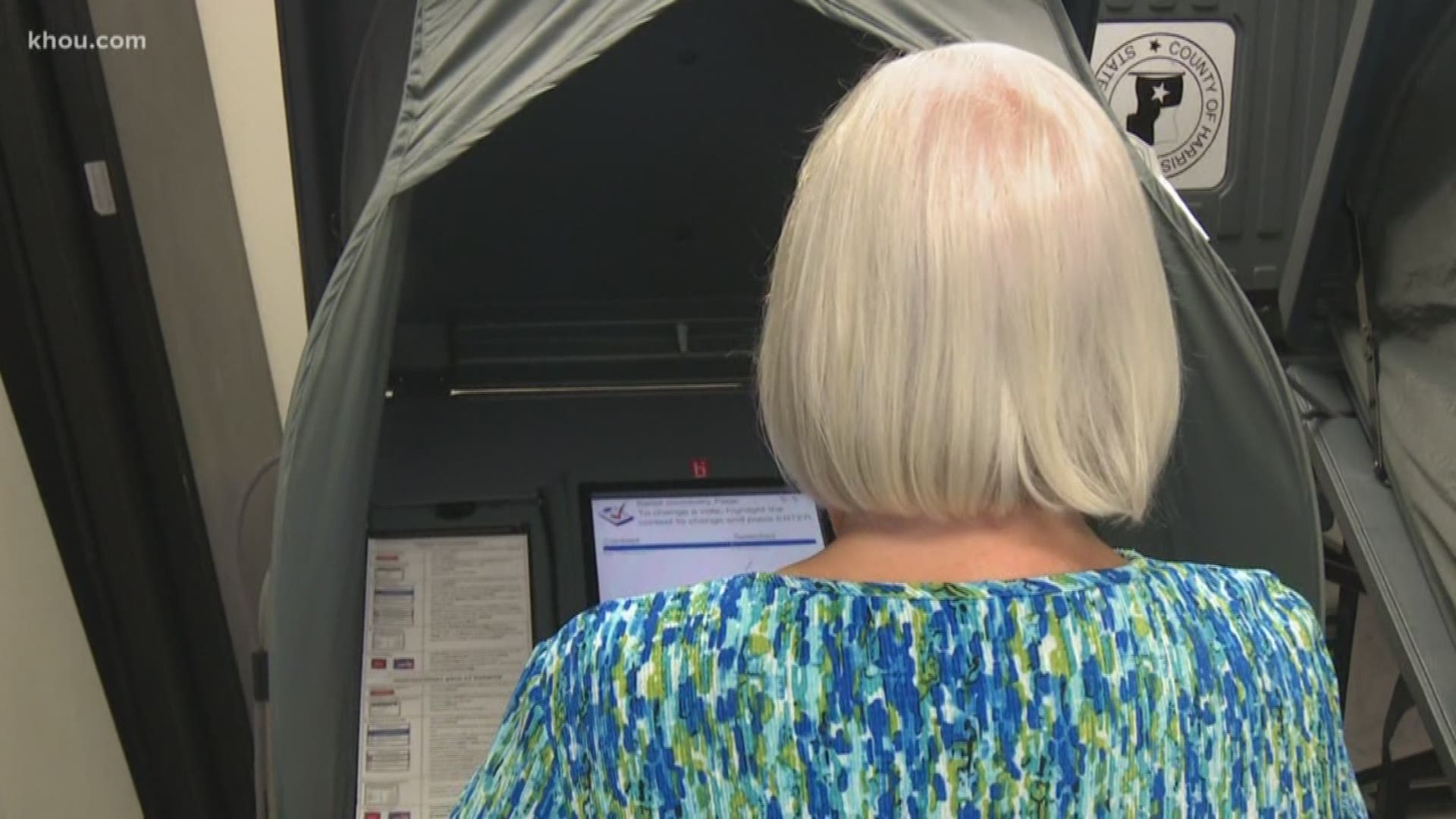 HOUSTON — Voting in the 2020 primaries could get a lot easier in Harris County with joint primary elections.

Currently, Republicans and Democrats living in the same precinct often have to vote at different polling sites.

However, under the proposed joint primaries, voters could show up at any voting site, get in any line, choose their party on an iPad with an electronic database of registered voters, then cast their ballot the same way as always.

Inside the County Clerk’s office Tuesday morning, election judges, commissioners and media got a preview of what that system would look like.

County election officials argue the joint primaries would work better than the current system for several reasons: anonymous party selection, less confusion and fewer provisional ballots from voters who show up at the wrong place. They also say combining staff means fewer clerks needed and a better deal for taxpayers.

“I think definitely it will increase voter turnout because people will not see those long lines going out the door, so they’ll want to go,” said Dr. Diane Trautman, Harris County Clerk.

That was a problem during the 2018 primary. For 2020, Winn promised extensive training and seamless technology.

On Tuesday, election clerks from both major parties at the County Clerk’s office told KHOU they support the new idea.

“You need to get Democrats and Republicans to get along, and also help one another,” said Dora Diaz, a Democrat.

The local chairs of those two parties will ultimately decide whether this new idea becomes the new norm. They will meet with Dr. Trautman on Wednesday.

“Harris County is the only major county in the state that doesn’t hold joint primaries. The Harris County Democratic Party is in support of streamlining the process and eliminating duplication and we're looking forward to meeting with the County Clerk tomorrow to learn more about what a joint primary would look like in Harris County.”

“Harris County Republicans support and encourage a thriving democracy through citizen involvement and management of our elections – not increasing control by government bureaucrats. The Democrat County Clerk's proposed joint primary elections would empower the bureaucrats and, worse, let one party's workers run the other party's primary election that to selects its candidates, running the risk of disenfranchising, inconveniencing, and confusing voters.

As Texas law provides, the political parties in Harris County run their own primary elections without the other party interfering. The so-called 'joint primary' scheme would disrupt that long-standing election process. Indeed, voters have experienced problems and confusion even when separate primary elections take place in the same building. While the Democrat Harris County Clerk tries to bully voters and parties into adopting her scheme, we must all take a deep look at how such a move could hinder Harris County voters from making their voices heard in the election.”

Man accused in murder of 'honest, hard-working’ taco truck owner is on the run

Police: He tried to kidnap a child at a Walmart. It happened in the bathroom.