Throughout recent history, and even this day, the actions and voices of professional athletes have always impacted the atmosphere in our country. Hank Aaron's journey was no different. 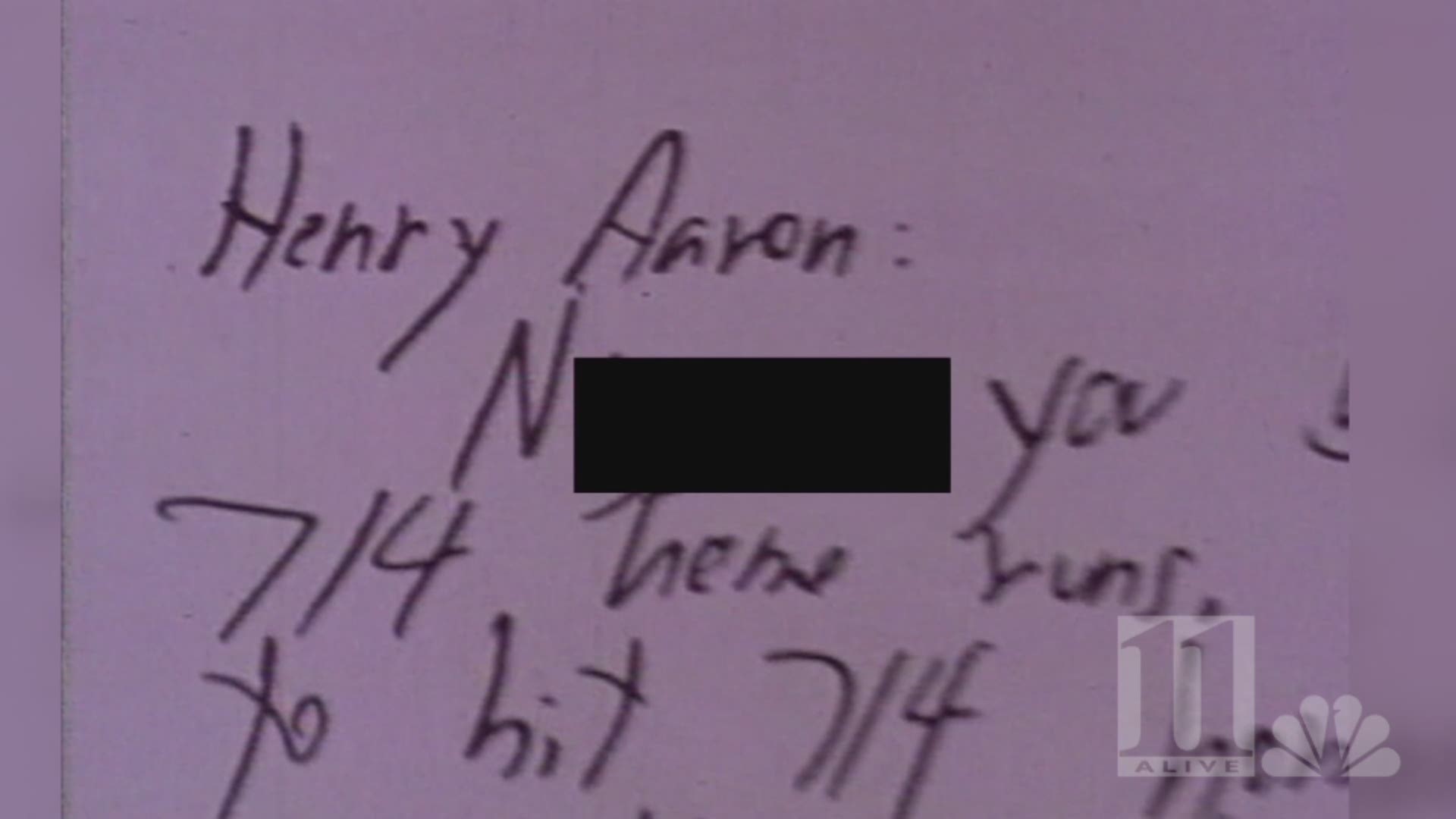 Before Colin Kapernick took a knee, Jackie Robinson stepped up to a Major League Plate.

Author Ashe made history on the court.

And John Carlos and Tommie Smith made a conscious stand on the biggest stage at the summer Olympics.

But there was no Athlete more outspoken then the greatest of them all: Muhammad Ali.

"Ali understood what it is to be an American," Hobson said. "He stood on his own terms, and when he was sentenced to prison He was willing to risk it all to do so."

Throughout recent history, and even this day, the actions and voices of professional athletes have always impacted the atmosphere in our country.

But while Ali was making history in the ring, Hank “The Hammer” Aaron was chasing one of baseball’s most coveted records: Babe Ruth’s homerun title.

11Alive Sport's Alex Glaze sat down with the baseball legend to reflect on what the sport, and life, was like during those tumultuous times and the adversity he faced while chasing the home run title.

"It was tough, I had my problems," Aaron told 11Alive.

"Oh yeah, many, many times quite a few," he answered. "That was part of the reason why I broke his record, because a lot people thought it couldn’t be done. And a black person doing it is something they didn’t want to see done."

"It’s a lot worse than we can ever know. Trust me. Hank doesn’t like to talk about it," he told 11Alive. "I would dare to say, Hank Aaron is one of the top 5 Americans of all time. Because if people truly knew the story of what he had to go through and do it with dignity, and to still be productive along the way to 715 and to 755 at the end, is just astounding."

"Do you think it’s important for players to be taking a stand now or be silent," Glaze asked.

"Athletes are finally figuring out that they have the ability to move things, and I’m not talking about that offensive lineman in front of them," Moore replied. "They can move things in Washington D.C., and at the state level to get things done."

But as generations before learned, standing up for change can have consequences.

Look no further than the President of the United States, when President Trump called for the NFL to “get those SOB’s off the field” in the midst of football players' decision to kneel during the National Anthem in protest of police brutality. It's a gesture that may have cost Kaepernick his NFL career.

During an interview with 11Alive, Dr. Bernice King, daughter of the late Dr. Martin Luther King, Jr. weighed in on the situation.

"Part of his price was, unfortunately, not being able to be rehired," she said. "I think people are right to get him hired. But it is a higher responsibility to be willing to accept that and stand in your place of truth."

King went on to encourage those in corporate board rooms should also speak up.

"I think things are happening in corporations across this nation, and people will not stand up because they are trying to protect their jobs," she said. "You have to be willing to lose something to gain something else."

For 23 years, Hank Aaron led by example. His bat was his voice. Standing up, and uplifting others are qualities he hopes will be his defining moments.

"I always thought that once my career was over, there was another calling card for me," Aaron said. "The kid that sent someone to school, help send somebody through college."