Gov. Abbott shutdown bars in June. Why are hundreds reopening as restaurants?

New guidance issued by the Texas Alcoholic Beverage Commission explains how establishments classified as bars can qualify as restaurants. 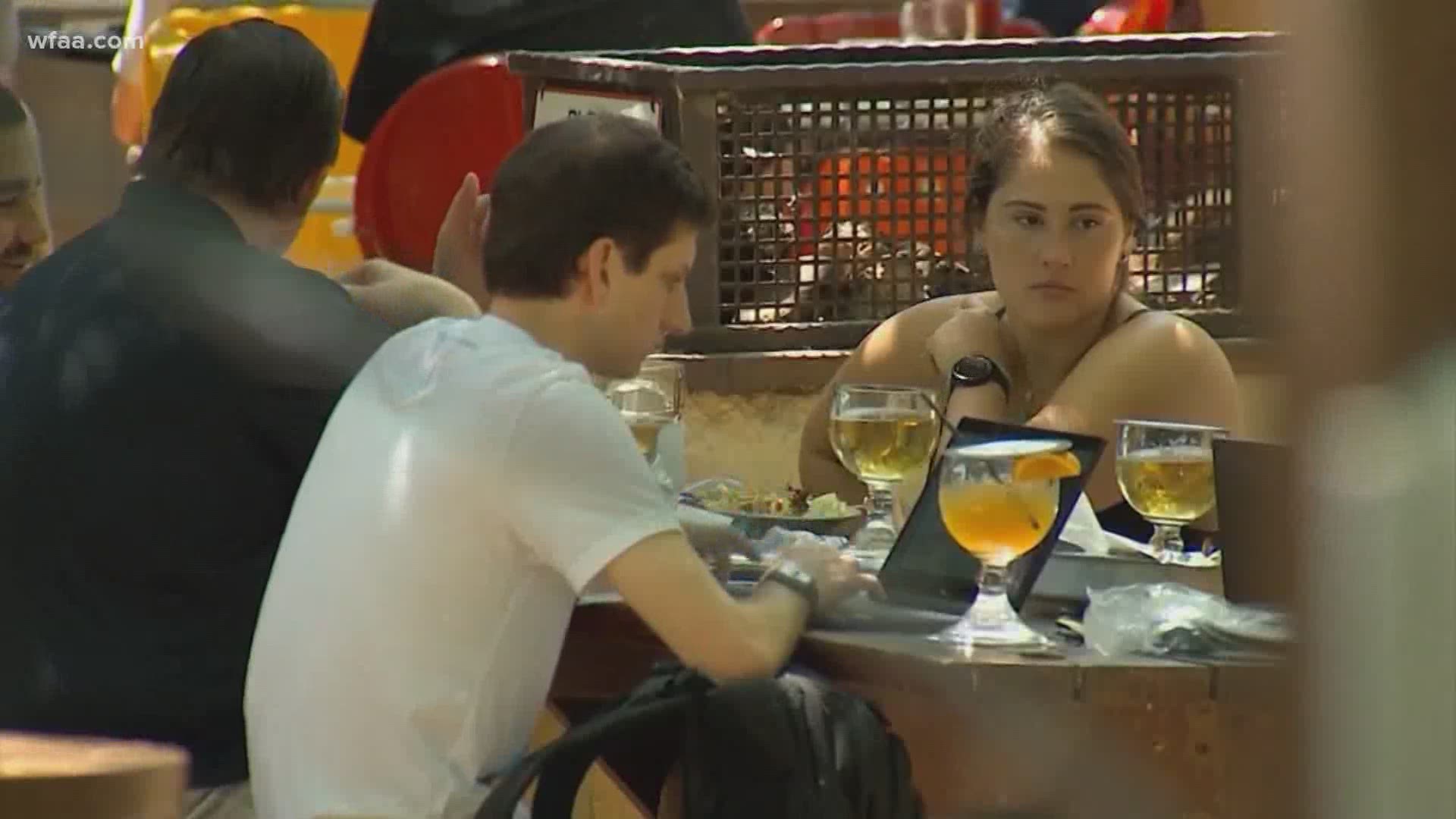 DALLAS — If you’ve been longing to tip back a cold one at your favorite North Texas bar, you might be able to soon – as long as that bar has a kitchen, a plan, and the ability to rework its revenue stream.

The Texas Alcoholic Beverage Commission has issued new guidance explaining how bar owners can apply to the state to qualify as a restaurant.

That new designation would allow them to reopen their businesses.

The state defines a bar as an establishment that makes 51% or more of its revenue from alcohol sales.

If a bar has a kitchen and can instead make 51 or more% of its revenue off of food sales or cover charges or even merchandise like t-shirts or ball caps, it can apply to update its permit with the state and begin operating as a restaurant.

“Anything other than alcohol will allow them to operate as a restaurant,” explained Chris Porter, public information officer for the TABC.

Porter said of approximately 600 requests from bars across Texas, about 380 have been granted so far.

Credit: AP
Visitors to the River Walk pass a restaurant that has reopened in San Antonio, Monday, May 18, 2020. (AP Photo/Eric Gay)

The Texas Restaurant Association said many of the establishments that have taken advantage of the change are places many people already considered restaurants but that had been classified as bars.

“I think it’s important for the public to know that bars are still required to be closed under Governor Abbott’s order. That has not changed,” said Kelsey Erickson Streufert, vice president for government relations and advocacy at the Texas Restaurant Association. “What has changed is these other businesses that truly operate like a restaurant can be open.”

Billy Bob’s Texas, an iconic honky tonk in Fort Worth, announced it will reopen as a restaurant on Aug.14.

Katy Trail Ice House in Dallas announced in a Facebook post it reopened Friday with a restaurant permit.

“We will be open until 2 a.m. serving food with drinks. We must serve enough food to remain within our permit specifications,” the post read.

“We are going to these businesses. We are examining what is happening for ourselves on the ground and we’re also responding to reports from concerned citizens, local law enforcement or local city officials about any potential violations that might be taking place in their communities,” he said.

But much of the policing of whether they are following protocols such as abiding by mask and social distancing guidelines will be left up to individuals.

“Regardless of if you were called a bar before and you’re called a restaurant now, everyone that’s open in the food service business has got to follow protocols for restaurants,” Streufert said.

She added it is critical for customers to realize that their favorite hangout likely has new rules in place.

“It has to be a two-way street. Customers have to know what to expect and what’s expected of them.  And businesses and employees have to do the same,” she said.

The TABC said it has conducted about 7,000 inspections on establishments since the end of June and has found only a handful violating the governor’s executive orders.

“I think we’ve had less than 50 suspensions issues so far out of those 7,000 businesses that we’ve inspected,” he said.

Michael Klein, president of the Texas Bar and Nightclub Alliance said the new guidance from TABC shouldn’t be looked at as if the state “helping” bars reopen.

He said the TABC is simply doing what it should be doing when it approves a permit request from a business to change its business model.