Galveston man turns 108, treats life like a piece of cake 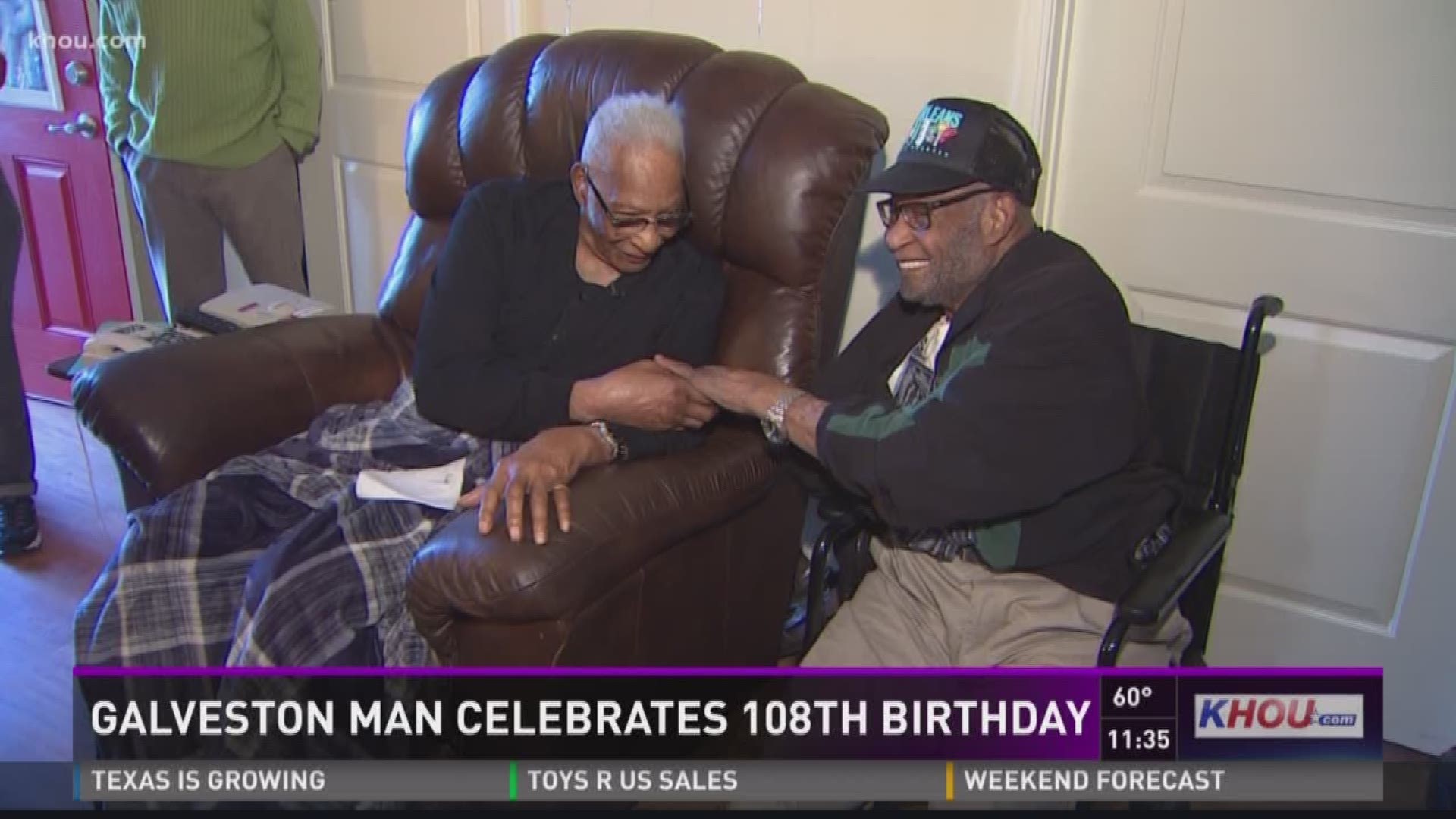 GALVESTON, Texas – A Galveston man turned 108 years old Thursday and when asked what's his secret to such a long life, he recommended prayer.

Hurbert Campbell, 98, usually gets VIP senior citizen treatment from everyone except his brother Melvin.

Melvin is a full decade older than his "kid brother" and celebrated his 108th birthday by entertaining family with unintentional humor.

Asked what he wanted for his birthday, Melvin replied, “…anything I can get. I’m not worried about anything.”

He still lives alone. Until he accidentally spilled bacon grease on his foot seven months ago, Melvin still drove his van around Galveston.

Five of his siblings lived into their 90s. Hurbert Campbell refused to share the family’s secret.

“Nothing bothers him,” Robert said. “He just kind of floats along in life. (He’s) always been that way.”

One of 15 children raised on a Bay City cotton farm, Melvin credits God.

"He told me if I wanted to live a long life, I had to quit what I was doing,” Melvin said.

He gave up drinking alcohol and began chugging garlic water. He believes it lowers blood pressure.

He joined church and despite decades of working long hours loading and unloading ships docked in Galveston, his photos between age 61 and 80 hardly show age.

Now, Campbell spends most days in his recliner treating life like a piece of cake.