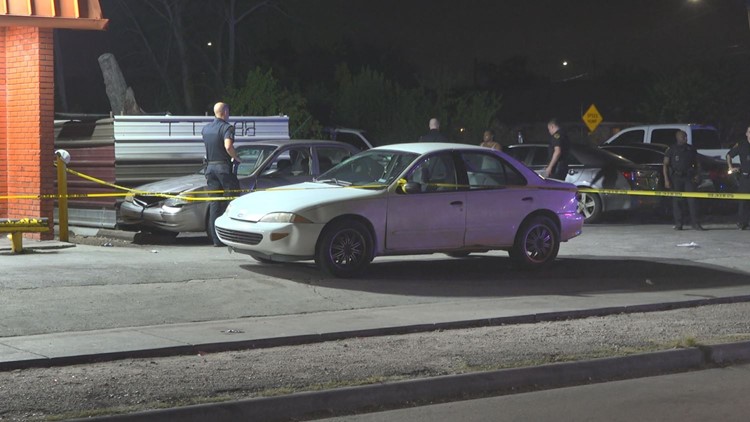 HOUSTON — Four people were injured in a shooting at a convenience store late Friday night in south Houston near Sunnyside, according to the Houston Police Department.

Officers responded to the scene and found two people shot in the torso outside the store.

Witnesses said three to four men in a vehicle had a shoot-out with several other men in the parking lot of the store.

Officers found a third victim shot in the side just a couple of blocks away.

The suspects' vehicle was found and one of the suspects was still inside the vehicle with a gunshot wound to the leg.

All four of the men who were shot are expected to survive.

It's unclear at this time what led to the shoot-out.

The investigation is ongoing at this time.