Court documents claim Williams entered the woman’s home in Katy without her permission. 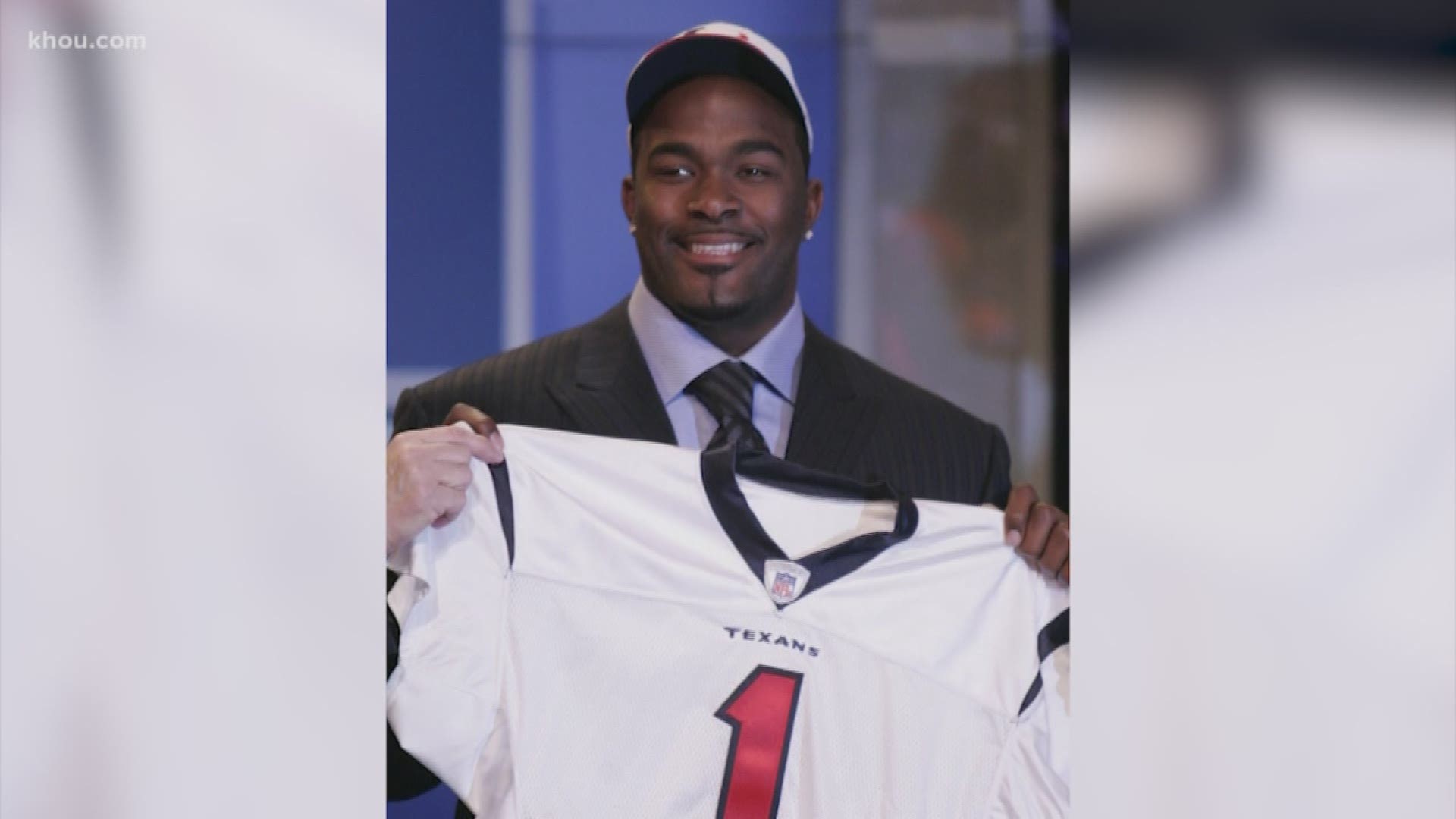 Court documents claim Williams entered the woman’s home in Katy without her permission. He was arrested on a $100 bond.

A mental health or intellectual disability assessment has been ordered for Williams, according to court documents. Court documents also claim the woman filed a restraining order against Williams in May.

Williams was drafted first overall by the Texans in 2006. The four-time Pro Bowler played six seasons with Houston before playing four more seasons with Buffalo and his last season in the NFL with Miami in 2016.