'It’s been very tough.' The grieving father of woman who was fatally shot by Fort Worth officer claims some relatives tried to shut him out of funeral arrangements. 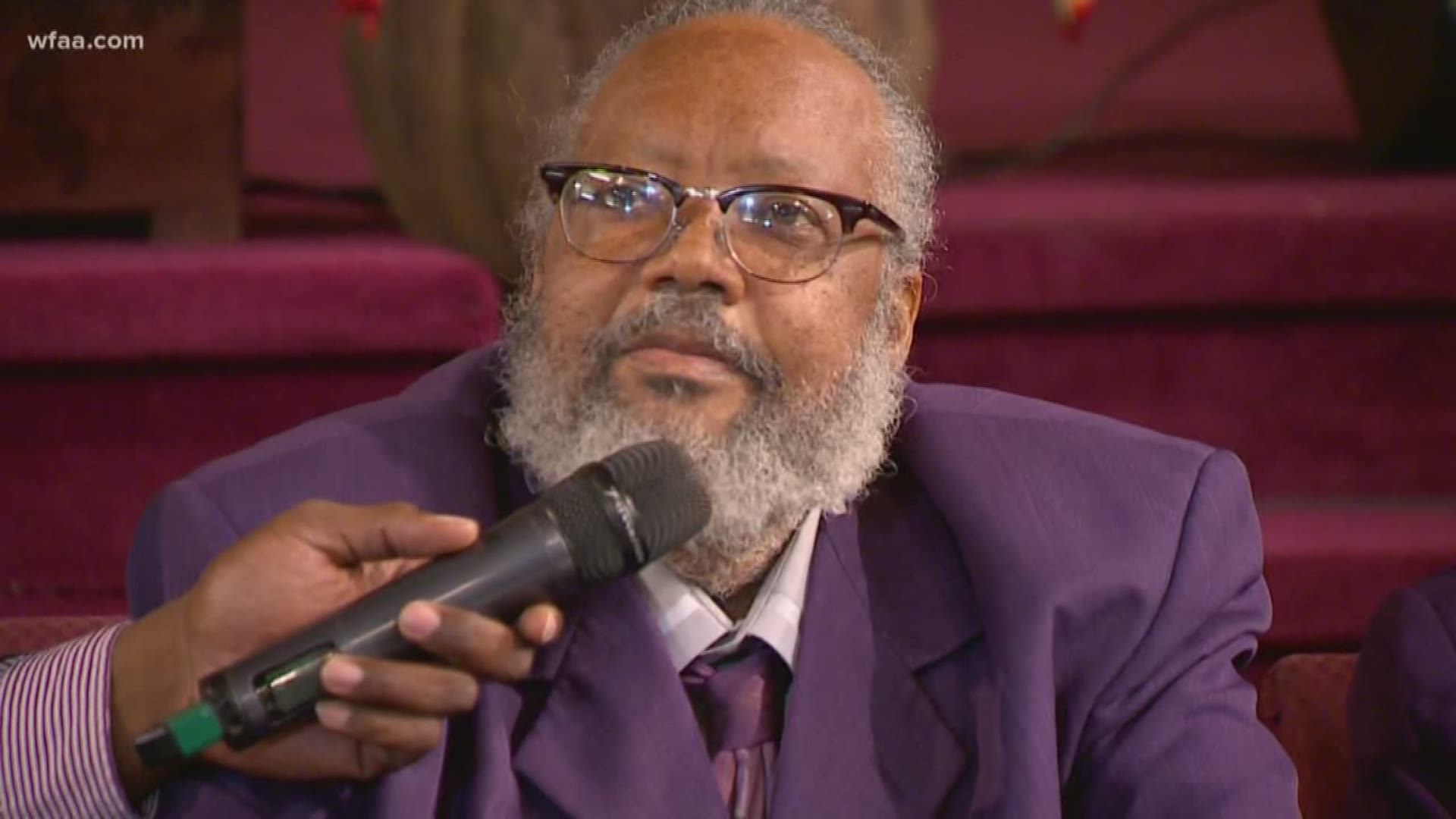 DALLAS — This story has been updated that the service planned Saturday has been canceled.

The service planned for Atatiana Jefferson on Saturday in Dallas has been canceled, following friction among family members.

The Potter's House, which was supposed to host the service Saturday afternoon, released a statement saying it had been canceled. This came after legal representatives Friday had said the service was still on.

The community had been preparing to honor the life of Atatiana "Tay" Jefferson, with a wake and funeral service.

Atatiana Jefferson's father, Marquis Jefferson, took legal action to gain full authority of Atatiana’s internment services. Marquis went to the courts Friday to ask for a temporary restraining order giving him control over his daughter’s remains, her funeral, and burial.

Jefferson claims ever since his daughter was shot and killed inside her home by now-former Fort Worth Police Officer Aaron Dean, some of her family members and their legal representatives have left him out of the planning.

He says red flags also went up when he discovered a GoFundMe account made in his daughter’s name, in addition to his daughter's aunt and others publicly attacking him in the news.

Walter L. Irvin, lawyer for Marquis, said late Friday that a Dallas probate judge earlier in the day signed an order giving his client sole right over the remains of Atatiana Jefferson.

“He’s the father of the deceased,” Irvin said. “They would not let Mr. Jefferson participate in burial arrangements. That’s why we had to seek an injunction.”

He said that at a hearing held in the judge’s chambers Friday, his client produced a birth certificate listing him as the father, as well as other documentation that the deceased was his dependent.

Irvin said that attorney Lee Merritt, who has appeared publicly as the family’s lawyer since the shooting, has not filed any documents in the probate litigation as of late Friday.

As part of the restraining order, Jefferson specifically asked that his daughter's aunt, Venitta Body, be removed from any activities dealing with the decision-making direction of funeral services. A Dallas County judge signed that order Friday afternoon.

Body, who is the sister of Atatiana Jefferson's mother, said at a news conference earlier in the week that Marquis Jefferson is not Atatiana's father.

Carter explained the issues at the center of the controversy include concerns over some relatives and individuals trying to profit off Atatiana Jefferson’s tragedy and name.

"When you raise money for a specific purpose, and that money is not needed, I believe that you are defrauding the people who are weakened at heart that wants to do something," Carter said.

Jefferson claims he told some relatives who have been trying to control the funeral planning that no money was needed, since he already had an insurance policy to cover his daughter’s arrangements.

Civil rights attorney David Henderson is part of the team working with some of the family members Jefferson has been complaining about. He said on Friday that the memorial service will continue as planned without Atatiana's remains present, but that decision was reversed Saturday morning.

"And I think that it’s wrong and in poor taste to attack the family for wanting to bury their loved one, when you’re not leaving them a choice because her body cannot be present, based on an order that you filed with the judge at 4 o’clock on a Friday," Henderson said.

It is a tough situation impacting a family during a tragic time. Carter said unfortunately, no one wins. 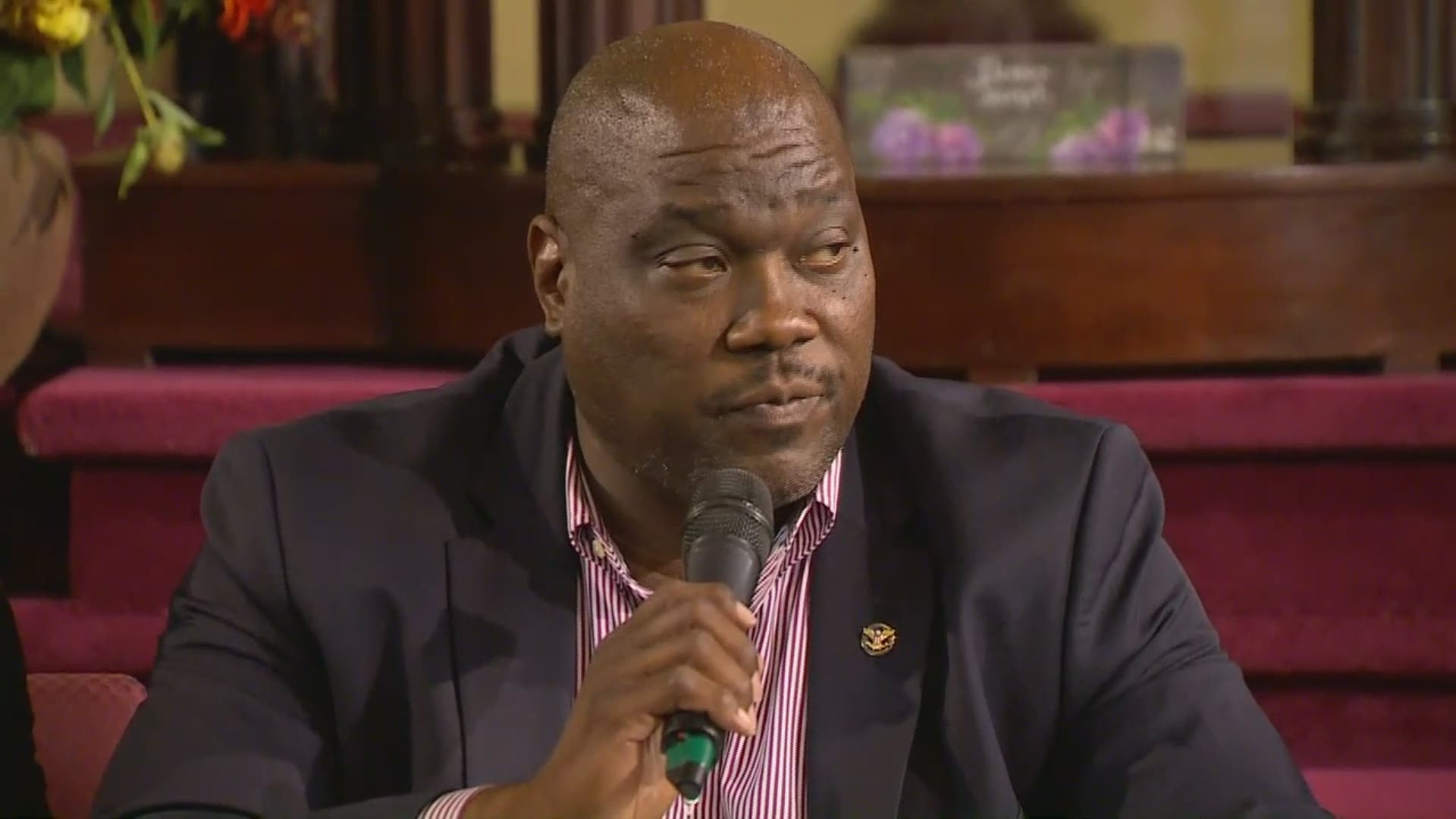 Jefferson also announced he’s started a foundation in his daughter’s memory. The Atatiana Tay Jefferson Foundation will provide money to African American students pursuing careers in medicine. Since a couple of athletes have already stepped up to cover funeral services prior to Jefferson’s involvement and asking the courts to intervene, he says money from the insurance policy will go directly to the foundation.

Arrangements authorized by Jefferson are tentatively planned for next week. There will be a meeting Sunday to determined a time for the wake and funeral.

The service will be open to the public, Carter said.