Family of victim fights against serial killer up for parole 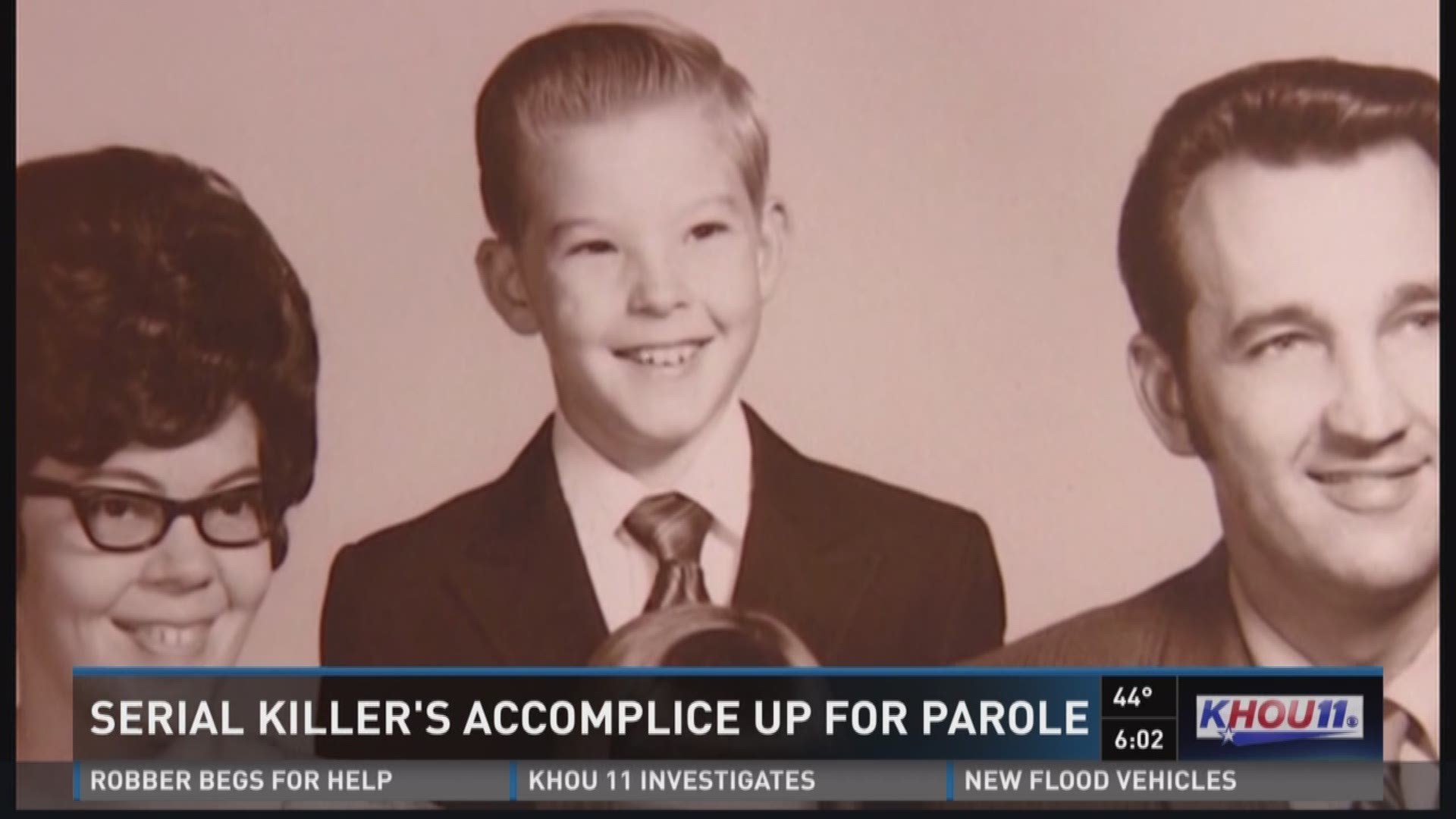 HOUSTON - One of the men behind Houston's mass murders of 28 boys in the 1970s is up for parole on Thursday.

Thursday morning, the last surviving parents of one of the victims is fighting to keep David Owen Brooks behind bars.

"It all comes flooding back and it's like it was yesterday again," said Elaine Dreymala, whose son was murdered.

For this mom and dad, no matter how much time passes, they can't talk about their young son without reliving the pain.

"We felt as though he shouldn't have been the last one," said James Dreymala, his father.

Stanton Dreymala, 13, was the last victim of serial killer Dean Corll, known as the "Candy Man." It was 1973 and these parents will never forget their son's last words.

Corll was killed by accomplice Elmer Wayne Henley. Then Henley and David Owen Brooks, another accomplice, went to prison. Every three years since, this family has had to fight their parole.

"A serial killer and being eligible for parole are just oxymoronic terms first of all to begin with," said Andy Kahan, a victim's advocate.

Elaine and James Dreymala in an interview with KHOU 11 reporter Grace White.

In 2015, the case was the driving force behind a new law in Texas. A law that gives parole boards the authority to push back parole hearing to up to ten years. In fact, the first person to get the set back was Henley. He spoke to KHOU 11 last year from prison.

"When people ask me about the crimes, most of what they recite are Dean Corll's crimes - not mine. I was a boy who was caught," said Elmer Wayne Henley while inside a T.D.C.J. prison.

"Elmer Wayne Henley should first of all be lucky he breathes air, in any day and age, timing is everything, more than likely he would have been given the death penalty, as well as David Brooks," said Kahan.

But even with the new law, the parole board still gets to decide. Will it be just 3 or as many as 10 years? This mom says just imagine if it was your son.

"We just want them to understand, how difficult it is for the families that are left behind to go through this, so often, I mean have a heart," said his mother.

Surprisingly, Kahan told us since the law went into effect, it's rarely used. He says less than 2 percent of eligible offenders get the 10-year sentence. This family hopes Thursday morning they will have a better outcome.