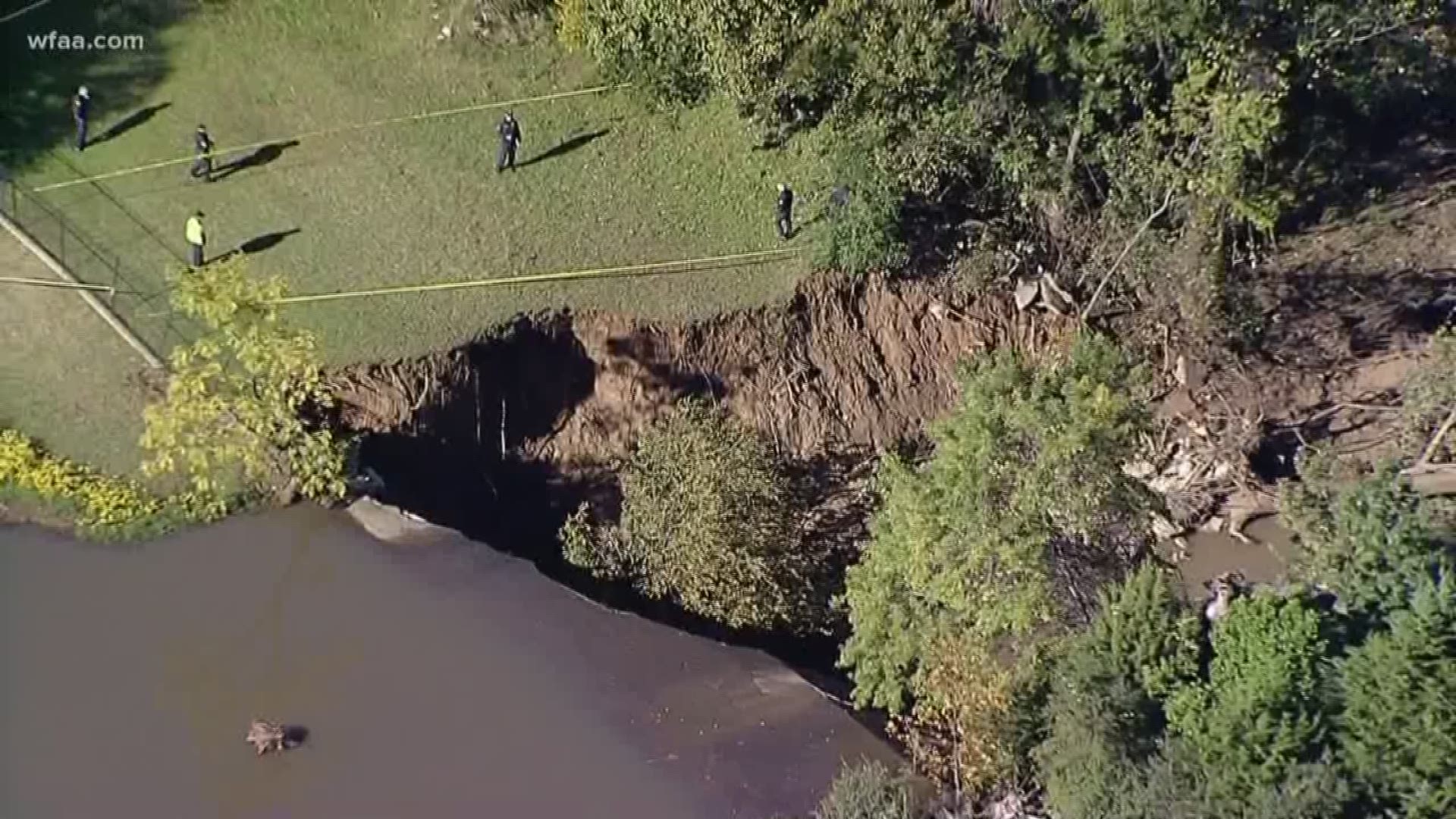 ARLINGTON, Texas — The Prestonwood Lake Dam in Arlington is under danger of “imminent” failure due to erosion and Mayor Jeff Williams has declared an emergency.

Video from HD Chopper 8 showed water penetrating the dam, which is located in north Arlington near West Lamar and Northwest Green Oaks boulevards.

In a statement, city officials stressed that should the dam fail, flooding of homes in the area is not likely but downstream culverts could become clogged with debris.

Thursday afternoon, the Arlington water department began pumping water from the lake to relieve pressure on the dam. The fire department was on scene, monitoring the situation around the clock,

"The dam will eventually totally give way, they just don’t know when. It’s been in bad condition for a while. The plan now is to get all the city heads together discuss what we can do," said Arlington fire department Dep. Chief Mike Vogel.

As all eyes are on the dam, exactly who's responsible for maintaining it is unclear. While the city called the dam private, it was built by an HOA in 1978, residents in the neighborhood said it's not their responsibility.

"That is a good question," said Robert Blake, a neighbor, when asked about who should be maintaining the dam. "You have an HOA that in their bylaws says they're not responsible for the dam. You have a homeowner that everyone believes that the dam—and the city says the dam—is on his property that has told the HOA it's not his problem and not on his property. And then you have the city who said it's not their problem. So everyone is kind of pointing fingers at everyone else."

This is a developing story. Refresh this page or download the WFAA app for further updates.