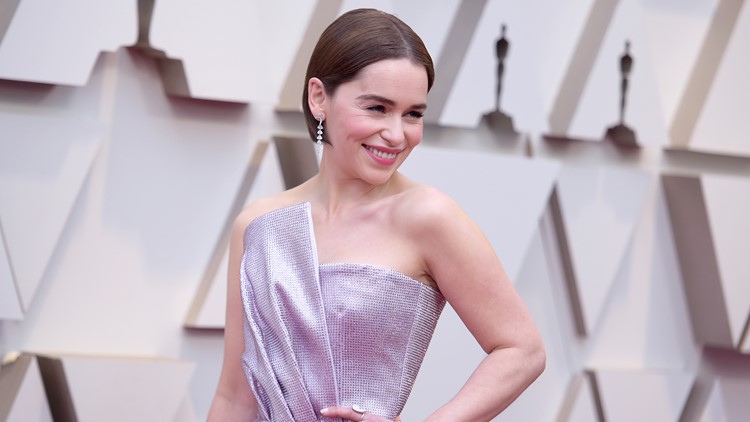 Winter is coming to Houston: ‘Game of Thrones’ Emilia Clarke to headline Comicpalooza

HOUSTON — Emilia Clarke, best known for her legendary role as Daenerys Targaryen, the Mother of Dragons, in HBO’s “Game of Thrones,” is headlining Houston’s Comicpalooza.

The three-day pop culture festival runs from Friday, May 10 to Sunday, May 12 at the George R. Brown Convention Center. Clarke will be appearing on Saturday and Sunday only.

This year fans of HBO’s cultural phenomenon will have an opportunity to meet Clarke alongside Nathalie Emmanuel who portrays her trusted advisor Missandei in the award-winning hit series.

“Game of Thrones is an iconic story in pop culture history, with a broad spectrum of remarkable characters and devoted fans,” said Michael Heckman, Comicpalooza president. “Emilia’s role as Daenerys Targaryen is central to the story’s final chapter. With excitement building as the season unfolds, it is the perfect time to bring Emilia and Nathalie to Comicpalooza.”

This is the first time Clarke has appeared at a comic convention where fans can see her in a panel, take photos and get autographs.

The eighth and final season of “Game of Thrones,” premiered on Sunday, April 14. The hit TV show is based on the bestselling novels by George R. R. Martin and has resulted in three Emmy nominations for Clarke’s portrayal as Khaleesi.

Outside of her ongoing work on “Game of Thrones,” Clarke has starred in numerous film roles including Louisa in “Me Before You,” the screen adaptation of Jojo Moyes best-selling novel of the same name, female lead Qi’ra, Han Solo’s childhood friend and romantic interest in “SOLO: A Star Wars Story,” Sarah Connor in “Terminator: Genisys,” and recently wrapped production on Paul Feig’s romantic comedy, “Last Christmas,” alongside Harry Golding and Emma Thompson, which is set to be released by Universal in November.

A woman of many talents, Clarke made her Broadway debut as Holly Golightly in the 2013 stage adaptation of Truman Capote’s classic 1958 novella “Breakfast at Tiffany’s.”

Nathalie Emmanuel first appeared in “Game of Thrones” during season 3 and soon became a series regular. In 2015, Emmanuel played computer hacker Ramsey in “Furious 7,” for which she won the Screen Nation award for Best Female Performance in Film, and Harriet in “Maze Runner: The Scorch Trials.”

She made a name for herself at age 10, playing Young Nala in the West End production of the musical “The Lion King” and then made her television break in 2006 by starring as Sasha Valentine in the teen soap opera “Hollyoaks.”

Clarke and Emmanuel will be joining recently announced guests John Barrowman from “Arrow” and “Doctor Who”; Erick Avari widely seen in film and television including “The Mummy,” “Independence Day,” and “Stargate”; Billy Zane from “The Phantom” and “Titanic”; along with cast members from Amazon’s “The Tick” including Peter Serafinowicz and Griffin Newman, as well as, Gates McFadden and Michael Dorn from “Star Trek: The Next Generation” TV series and movie franchise.

Joining the on-screen talent is an impressive comic book lineup featuring Neal Adams, Chris Claremont, Gerry Conway, and Dan Jurgens. Additional celebrity announcements are planned over the weeks leading up to the show.

For the most-up-to-date information, including a complete lineup of special guests, admission prices and schedules, visit www.comicpalooza.com.

RELATED: The 'Game of Thrones' season 8 trailer is finally here

RELATED: Last season of 'Game of Thrones' to premiere on April 14