Ken Jennings says time as Jeopardy! guest host has shown how much the show meant to Alex Trebek: 'He was just the best.'

Jennings is known as "The Greatest of All Time" but said he hopes contestants know he's rooting for them. His first episode as a guest host airs Monday. 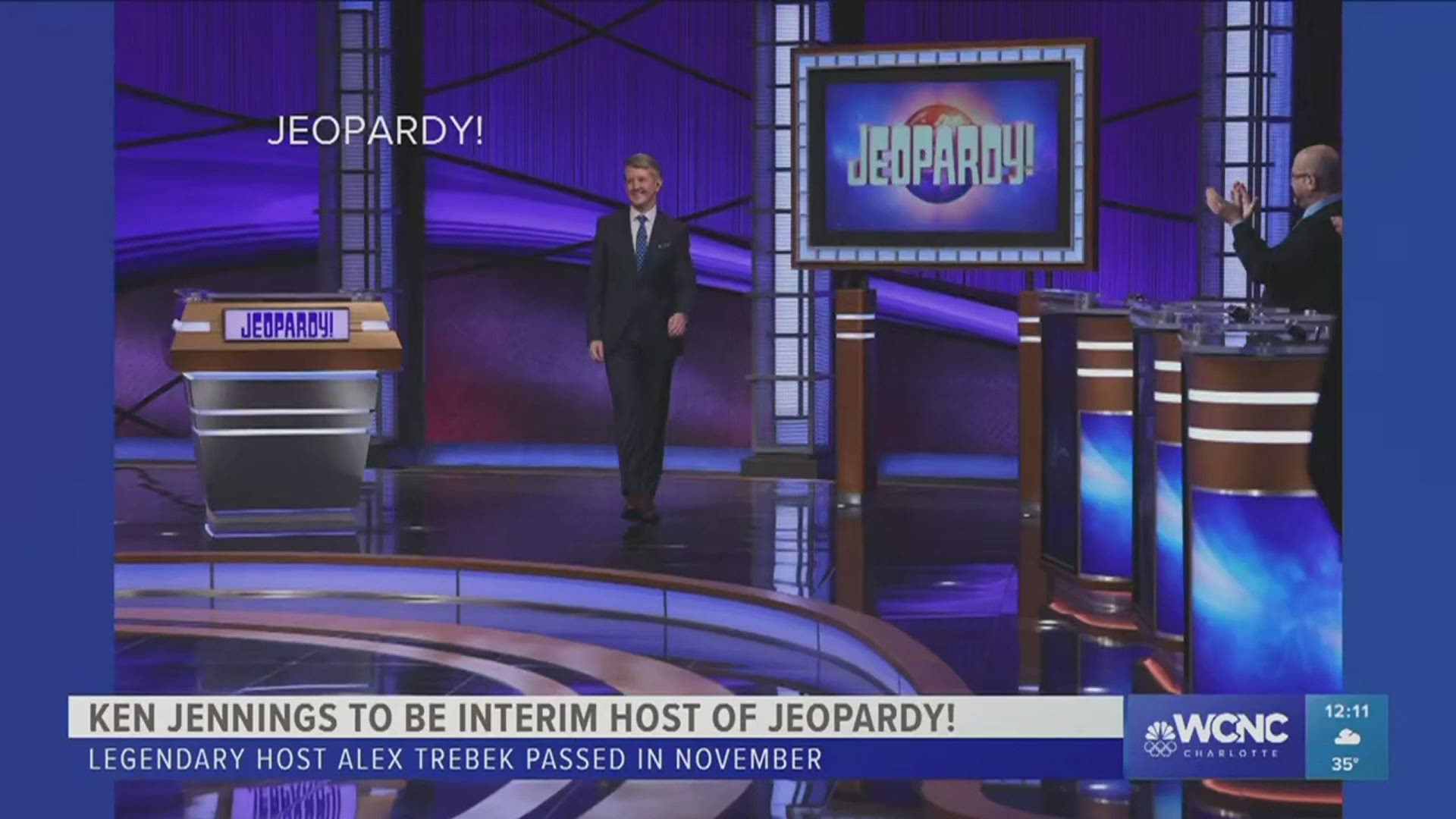 Monday night, Ken Jennings -- often known as The Greatest Of All Time -- will start his time as a guest host for Jeopardy! He is the first in a series of interim guest hosts following the final shows taped with the late Alex Trebek.

Jennings was first announced as a guest host in November. Posting on Twitter, Jennings said he was honored to help, and said there "will only ever be one Alex Trebek."

Jennings told Jeopardy! he was "beyond nervous" about being the first guest host.

"It was a very intense and nerve-wracking experience to be behind this lectern because honestly, I'm with the audience -- I don't want me out here, I want to see Alex out here," Jennings said. "I know exactly how they feel when they see anybody else behind this lectern. But there are tens of millions of people who love this show, we love this show, Alex loved the show. I'm just happy to fill in and help out."

There will only ever be one Alex Trebek, but I'm honored to be helping Jeopardy! out with this in January. https://t.co/2m2b5IQnkw

More than two months after Alex Trebek’s death, fans of “Jeopardy!” finally got the chance to say goodbye. A video tribute to the host closed out the final episode Trebek taped.

Jennings said stepping into the guest host position has given him a new perspective on all the hard work Trebek put in during his decades on the air. He said watching Trebek when he was a contestant, he thought he was aware of what an "impressive, perfect job" he did -- but that there was even more to it.

"I thought I understood it all," Jennings said. "And then when I had to do it I realized he was doing 10 things I wasn't aware of for every one that I saw. It's a very demanding job and he was just the best."

Jennings said his wife has helped him remember he hasn't had 37 years of practice, so he shouldn't compare himself to Trebek's outstanding legacy.

As for what he hopes to bring to the show -- the Greatest Of All Time hopes his experience as a well-practiced contestant will bring some comfort to the contestants.

During his run as a contestant on Jeopardy!, Jennings won 74 games and $2.52 million. He hopes all his time behind the lecterns will help contestants know he understands how they feel.

"I hope they feel that I have a sense of solidarity with them, that I'm rooting for them, that I know how hard it is and how it feels," Jennings said. "That when I'm impressed, that's genuine because I know what they're going through.'

You can watch Jennings' first episode as a guest host on Jeopardy! Monday at 7 p.m. on WCNC Charlotte. For other ways to watch, click here.

Alex was always a familiar TV face, but it was so gratifying during the last years of his life to see him universally recognized as the national treasure (or bi-national treasure!) that he was. We're always going to miss him. Thanks for everything, Alex.