'Everything was perfect': Kealia Ohai talks engagement to J.J. Watt in the Bahamas

She said right before he proposed, she saw a drone flying overhead which tipped her off. 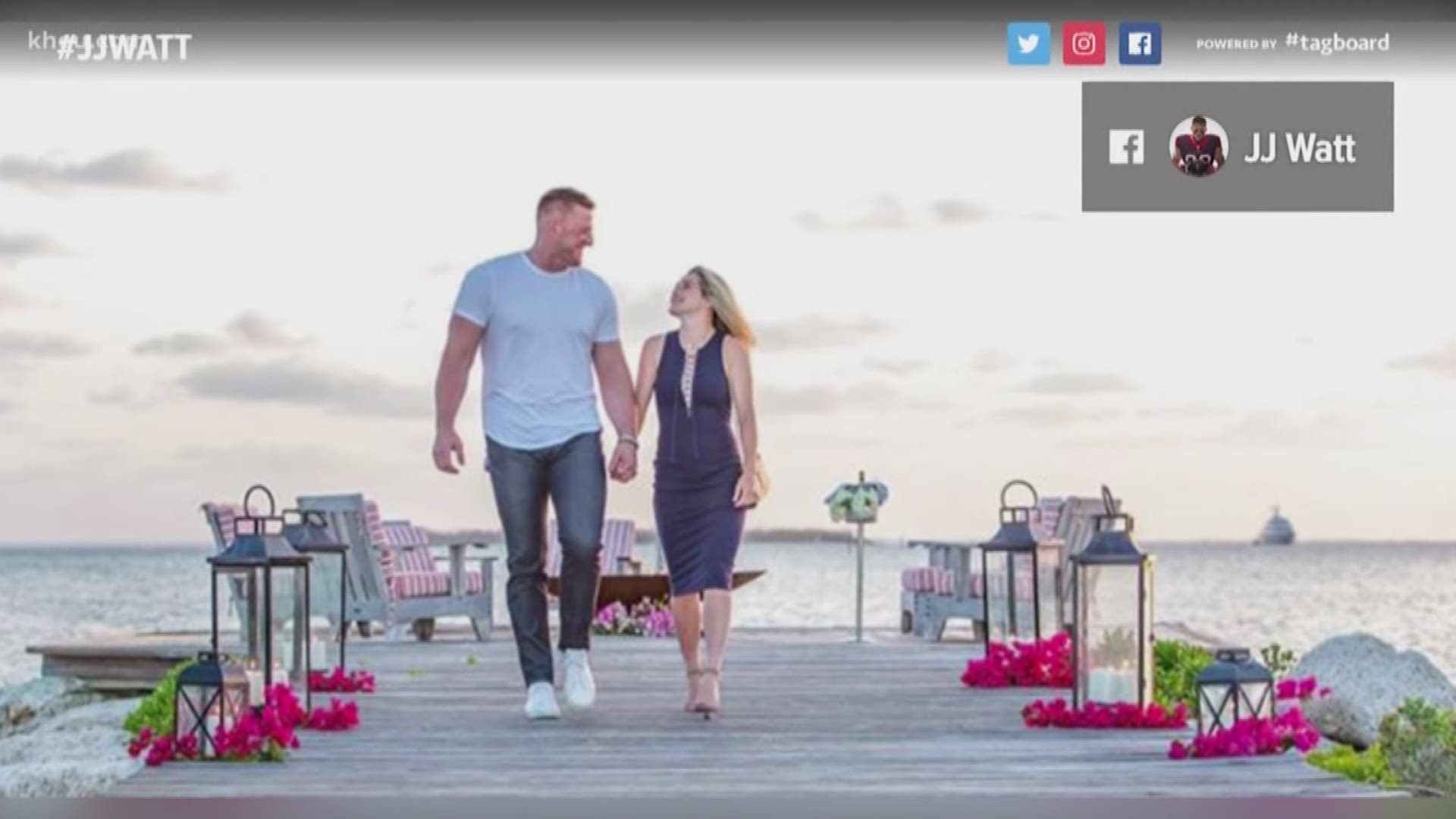 Watt proposed to Ohai over weekend while they were vacationing in the Bahamas.

The soccer star spoke to reporters after her team's practice Tuesday morning.

She said Watt took her out on a pier on an island where they were staying and got down on one knee.

Ohai said she doesn't think Watt was nervous because "he doesn't really get nervous for anything." She did say he was acting a little weird before the proposal which made her think something might have been up.

Ohai said right before he proposed, she saw a drone flying overhead which also tipped her off.

Ohai said Watt also arranged for her family and friends and his family to be there to celebrate with them on Monday.

"Everything he did was so perfect. He's amazing. I loved it," she said.

Ohai said the two met through her brother-in-law Brian Cushing, who also played for the Texans, and through her sister who met Cushing while at USC.

Ohai said she has known Watt was the one for "a long time." Ohai said she and Watt have been dating for about three years.

The couple has not set a date yet. Ohai said they are in no rush and have to wait and figure out a good time after their soccer and football seasons are finished.