The "America's Got Talent" crowd gave the "Wizard of OZ"-dressed group a standing ovation before they even started dancing. 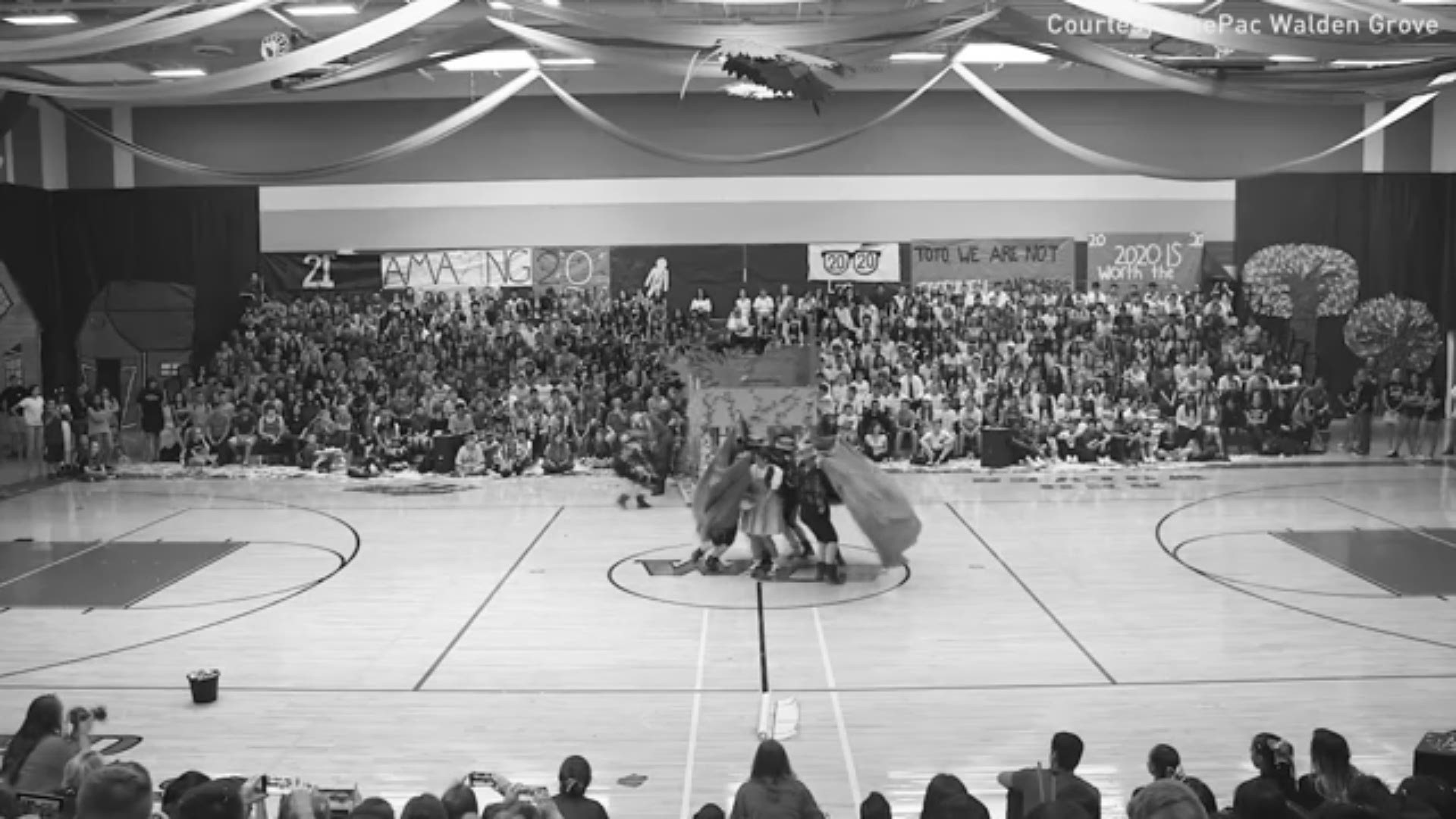 They received a standing ovation as they took the "America's Got Talent" stage, to the amazement of Simon Cowell.

"This is the first time anyone's had a standing ovation before you've done anything," Cowell said. "That's never happened before."

After the PAC Dance Team from Walden Grove High School in Sahuarita, Arizona introduced themselves on Tuesday's episode of AGT, Cowell asked "are you well known?"

As the crowd cheered again, one of the group's members, dressed as Dorothy from Wizard of OZ, jokingly said "I guess."

"I mean, a couple of our videos for our homecoming assembly got viral," another member, dressed as the Tin Man, said.

Their moves were an internet hit and on Tuesday's episode of America's Got Talent, they wowed the judges and pushed the team through into the show's next round.

Cowell and the rest of the judges found out why they received that standing ovation long before performing.

"You guys just light up the stage," Cowell said. "Genuinely, I thought you were amazing."