The song, written in 1903, has been the subject of controversy in the past year for its links to campus minstrel shows. 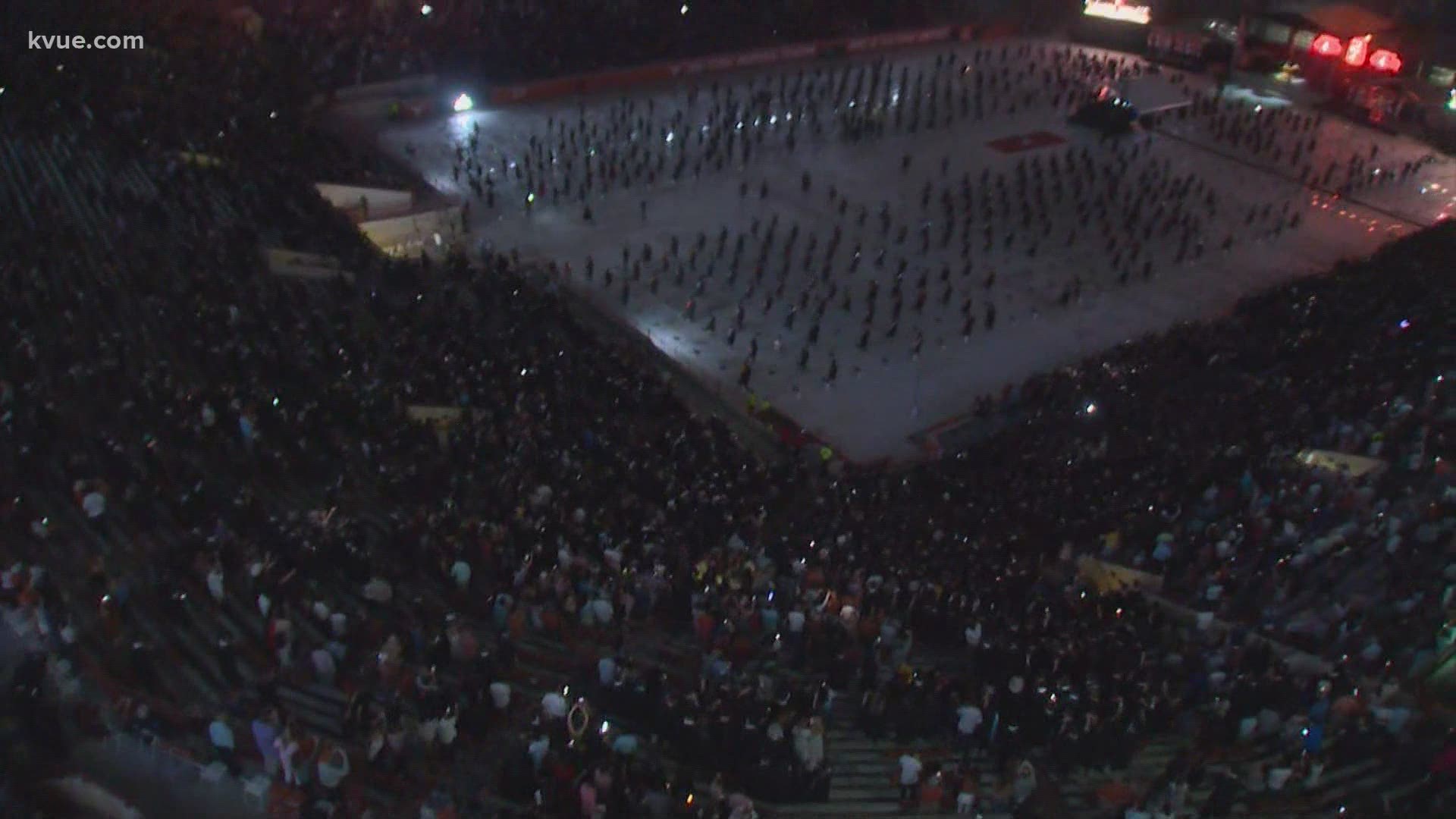 AUSTIN, Texas — A group of University of Texas at Austin students is planning a walkout during Saturday’s commencement in protest of the university’s plans to play the song "The Eyes of Texas."

The song, written in 1903, has been the subject of controversy in the past year for its links to campus minstrel shows with some white students wearing blackface. The title is linked to a saying from Confederate Army Commander Robert E. Lee. It is typically played before and after every UT sporting event.

In an event on Facebook, the group said when the song is announced toward the end of programming, they will walk out.

"Rather than stay and be complicit in the continued anti-Blackness of UT's administration, those of us who see through President Hartzell's mission to 'reclaim' a racist song will be walking out during commencement to protest the inclusion of the Eyes of Texas in graduation programming and school events," the event page said. "UT's administration may be swayed by powerful donors who are committed to keeping white supremacy alive at UT, but we, as students and now alums, can express support for the Black students, alumni and faculty who have been harmed by this song for over 100 years."

In March, the university announced it would keep playing the song after its "The Eyes of Texas History Committee" concluded there was "no racist intent" associated with the song and issued a 58-page report. The committee said the song debuted during a time where racist settings were "exceedingly common."

Emails obtained by The Texas Tribune showed wealthy alumni and donors had threatened to stop supporting the university financially, demanding the school stand up to "cancel culture" and firmly get behind the song.

Alumni and donors threatened to cancel season tickets, end donations and boycott games. They complained that UT Austin President Jay Hartzell was not forcefully defending the song and school traditions enough, accusing him of cowing to political correctness.

Chair of The Eyes of Texas History Committee, Dr. Richard Reddick, said the report took an honest look at the song. He said it keeps evolving.

"There are so many times when the song takes a turn, and unlike most school songs, it's actually being used lyrically to point out injustice, academic freedom. One of the favorite parts for me, or discoveries, was the 1966 march from South Texas of Mexican-American farmworkers working, marching for civil rights, marching for working wages, using 'The Eyes of Texas,' so that evolution tells me the song every time it's sung," Reddick said.

The Texas Legislative Black Caucus is working with the university in hopes to change the decision. A group of Austin-area Black lawmakers, civil rights leaders, students and alumni spoke out against UT’s decision to keep the song, with one Longhorn band member saying the university was "gaslighting us into believing that this song was somehow acceptable."

In an effort to address the division over the song on campus, UT announced the traditional Longhorn Band will be required to play the song, but a new unnamed band forming next fall won't have to play the song. This week, Cliff Croomes was named the new Longhorn Band director, the first Black person to take on the role.