University of Texas has had more COVID-19 cases than any other university in US, NYT study says

More than 400 UT Longhorns have tested positive for the coronavirus, according to the New York Times. 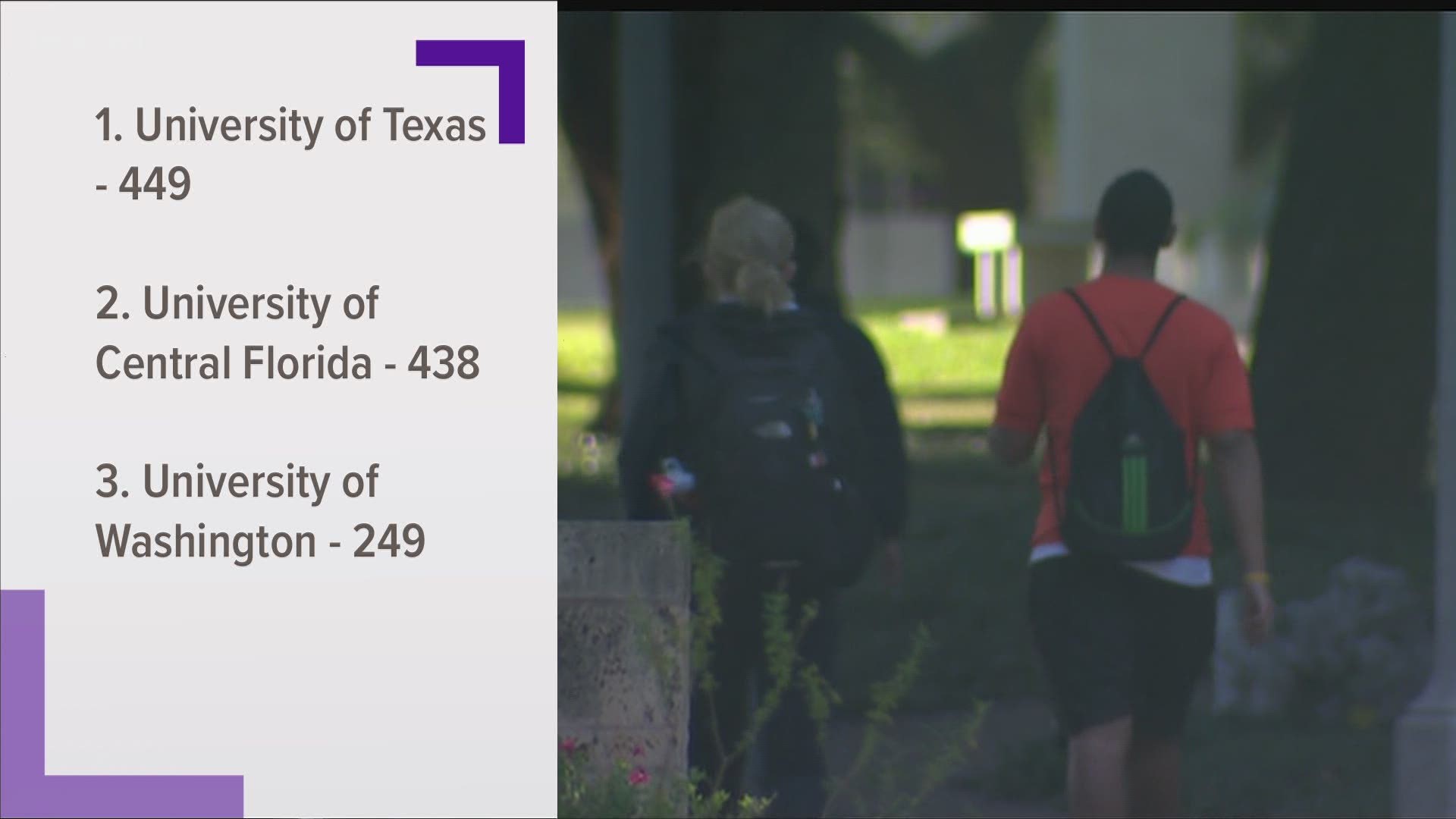 AUSTIN, Texas — The University of Texas has found itself atop another list. This list, however, is not one it wants to be seen on.

According to a survey conducted by the New York Times (NYT), UT has had the most COVID-19 cases reported than any other university in the U.S.

The NYT surveyed every public four-year university in the country and "every private institution that competes in Division I sports or is a member of an elite group of research universities."

As a result, the NYT uncovered there were at least 6,300 cases tied to about 270 colleges over the course of the coronavirus pandemic.

UT topped this list with 449 cases since the coronavirus pandemic began. Some may recall UT had an outbreak of cases linked to a group of spring breakers returning to Austin from Cabo San Lucas. According to a CDC report, 64 out of 231 people during the outbreak investigation tested positive for coronavirus. This incident happened in late March.

However, a majority of UT's 449 positive test results were confirmed in late June and early July, according to the NYT survey. The city as a whole saw an influx in cases during this same time period. The city has since seen a "substantial decrease" in coronavirus cases in late July, according to city health officials.

"There is no standardized reporting method for coronavirus cases and deaths at colleges, and the information is not being publicly tracked at a national level," the NYT said in its report. "Of nearly 1,000 institutions contacted by The Times, some had already posted case information online, some provided full or partial numbers and others refused to answer basic questions, citing privacy concerns. Hundreds of colleges did not respond at all.

The NYT report also cites a separate survey, which details the state of coronavirus among university athletic departments. This survey was conducted among the 130 universities that compete at the highest level of Division I football.

In this study, the NYT revealed more than 630 cases on 68 campuses among athletes, coaches and other employees. UT ranked much better in this study, only reporting 13 total cases during the pandemic, much less than a handful of other football programs in the country. Clemson had the most reported cases with 47 and Baylor had the second most with 42.