The university has already begun tightening its financial controls and will strengthen its efforts to detect and prevent fraud. 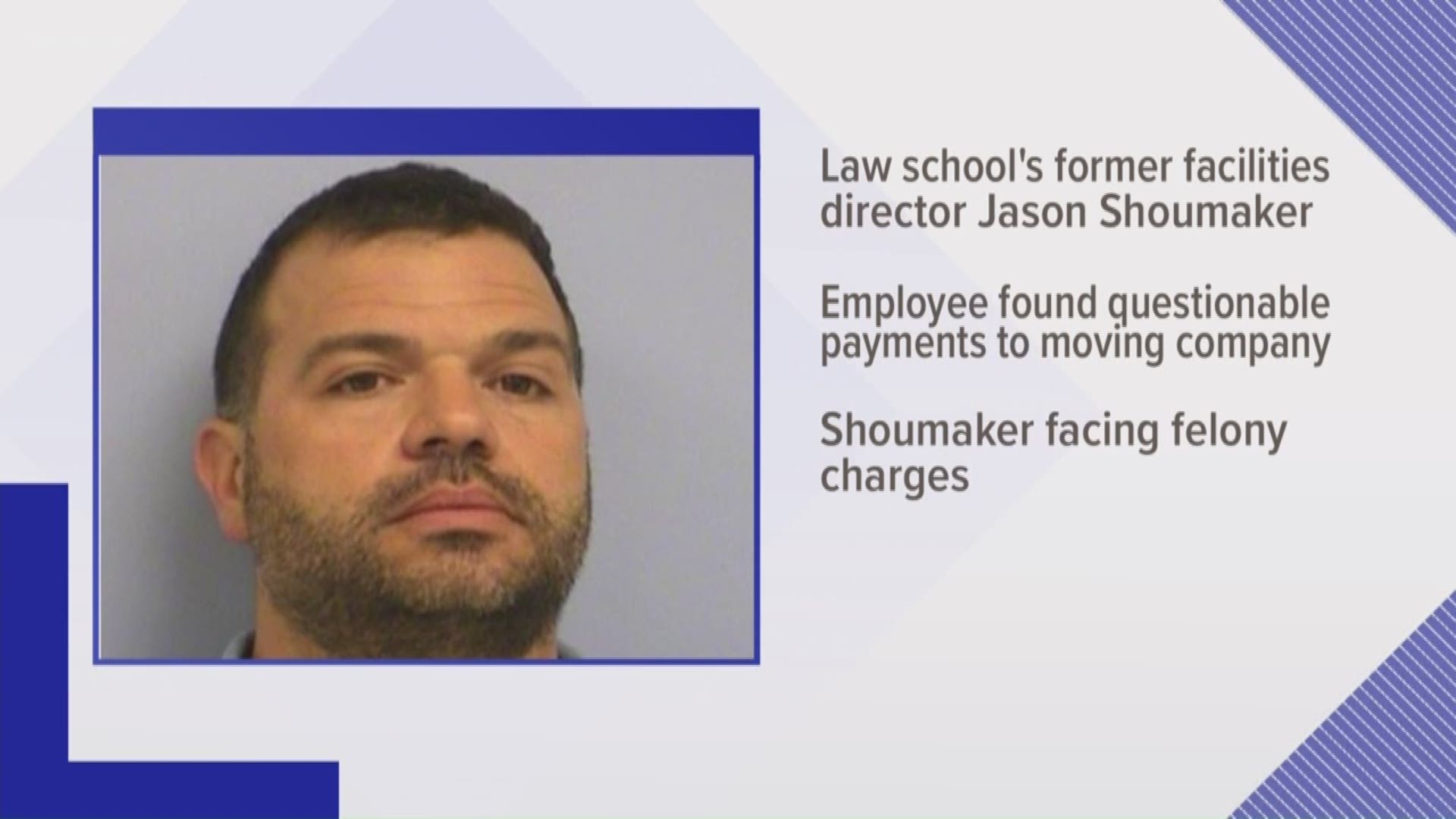 THE TEXAS TRIBUNE – A former University of Texas at Austin facilities director facing felony charges ran an elaborate financial scheme from his perch at one of the state’s top law schools, costing the university nearly $1.6 million, an internal memorandum released Friday found.

A sternly worded letter from a university provost blamed the law school dean for “serious failures” in oversight, and the law school must pay for a continuous audit of its internal business operations for the next year. The audit will cost about $110,000.

“As a public university, we must always be good stewards of our budget and earn the public trust,” said UT-Austin spokesman Gary Susswein in a statement to The Texas Tribune. “We will work to prevent this type of behavior from occurring again.”

Jason Shoumaker is said to have engaged in a variety of financial and professional improprieties at UT-Austin, including funneling payments to vendors who may have been friends and associates, falsifying travel documents and educational credentials, and manipulating procurement processes to make a host of questionable purchases with little oversight.

Shoumaker also failed to disclose consensual relationships he had with employees he hired, supervised and traveled with, the report found.

The Texas Tribune first reported on Shoumaker’s arrest in 2018 and his indictment at the end of last year on counts of theft, money laundering and abusing his official capacity — all first-degree felonies. Shoumaker’s attorney, Perry Minton of Austin, did not immediately return messages.

The university has already begun tightening its financial controls and will strengthen its efforts to detect and prevent fraud. The law school’s dean, Ward Farnsworth, has been asked to make improvements.

UT Austin: No other student-athletes connected to college admissions scandal

“Your employee carried out a significant fraudulent misappropriation of law school funds,” wrote McInnis. When alerted to concerns about Shoumaker’s “procurement and accounting practice irregularities,” the dean did not respond effectively to the “signs of trouble,” she wrote.

Farnsworth apologized to the law school community in a Friday email.

“The well-being of this wonderful institution has always been my highest concern as your dean. I am sorry that the school has suffered as a result of this employee’s actions and my failure to stop him,” he wrote.

The investigation — conducted by UT-Austin auditors with input from an outside law firm — said lax processes allowed Shoumaker to get away with profligate spending of university funds.

He is said to have emailed photos of procurement cards to vendors for law school purchases and strategically split payments to avoid drawing scrutiny. Some vendors received a “considerable markup” for payments from UT that Shoumaker directed. And it was unclear to the memorandum’s authors if the vendors he hired performed all the work they were paid to do. In one instance, eight payments totaling nearly $860,000 were approved with limited documents to confirm the work had been completed. Shoumaker appeared to have signed off on the payments, instead of a project manager.

Shoumaker also operated a side business without filling out disclosure or conflict-of-interest paperwork, and he campaigned and held a position as a city councilman, in violation of university limitations on employees’ political activity, the report said.

It includes 17 recommendations for the law school, university departments dedicated to procurement and payment services, and project management and construction services. There is another set of suggestions from the outside law firm, Ashcroft Sutton Reyes, which was contracted to help with the review for some $270,000 in pay.

The recommendations largely center on strengthening oversight and control of spending, including instructing vendors not to “pay a UT employee directly, e.g., never write a check to a UT employee or a company he or she controls.”

In a response included in the report, the law school agreed that the audit recommendations were appropriate and that some of the actions it is taking “would (or might) have stopped the misconduct if they had been taken earlier.”

“We believe that the director was aware of the rules that he violated. We do not think his misconduct reflects a failure to educate him,” the statement says. “We believe [there] are steps worth taking to address an essential overall issue: maintaining and fortifying a scrupulous culture within the school.”

Shoumaker came under suspicion as early as July 2017, when the law school’s chief business officer raised concerns about a list of vendors who had “suspected questionable relationships” with Shoumaker. In just two months, he had charged more than $80,000 to law school procurement cards for them, the report said. There were also “significant payments” to another company for moving services that the officer suggested were about $700,000 more than estimated amounts.

Shoumaker was placed on administrative leave and resigned in November 2017. His case was referred to the Travis County District Attorney’s Office and is pending. A criminal investigation by the DA’s office and the Texas Rangers is ongoing.

Susswein, the UT-Austin spokesman, said the university is continuing to cooperate with the criminal investigation.

Jay Root contributed to this report.

Disclosure: The University of Texas at Austin has been a financial supporter of The Texas Tribune, a nonprofit, nonpartisan news organization that is funded in part by donations from members, foundations and corporate sponsors. Financial supporters play no role in the Tribune's journalism. Find a complete list of them here.

'Sorry not doing the show': Lil Wayne backs out of St. Louis concert after incident at hotel