Dr. Krista Gehring created a series of comics for her classes, called CrimComics, which explore the foundations of criminology. 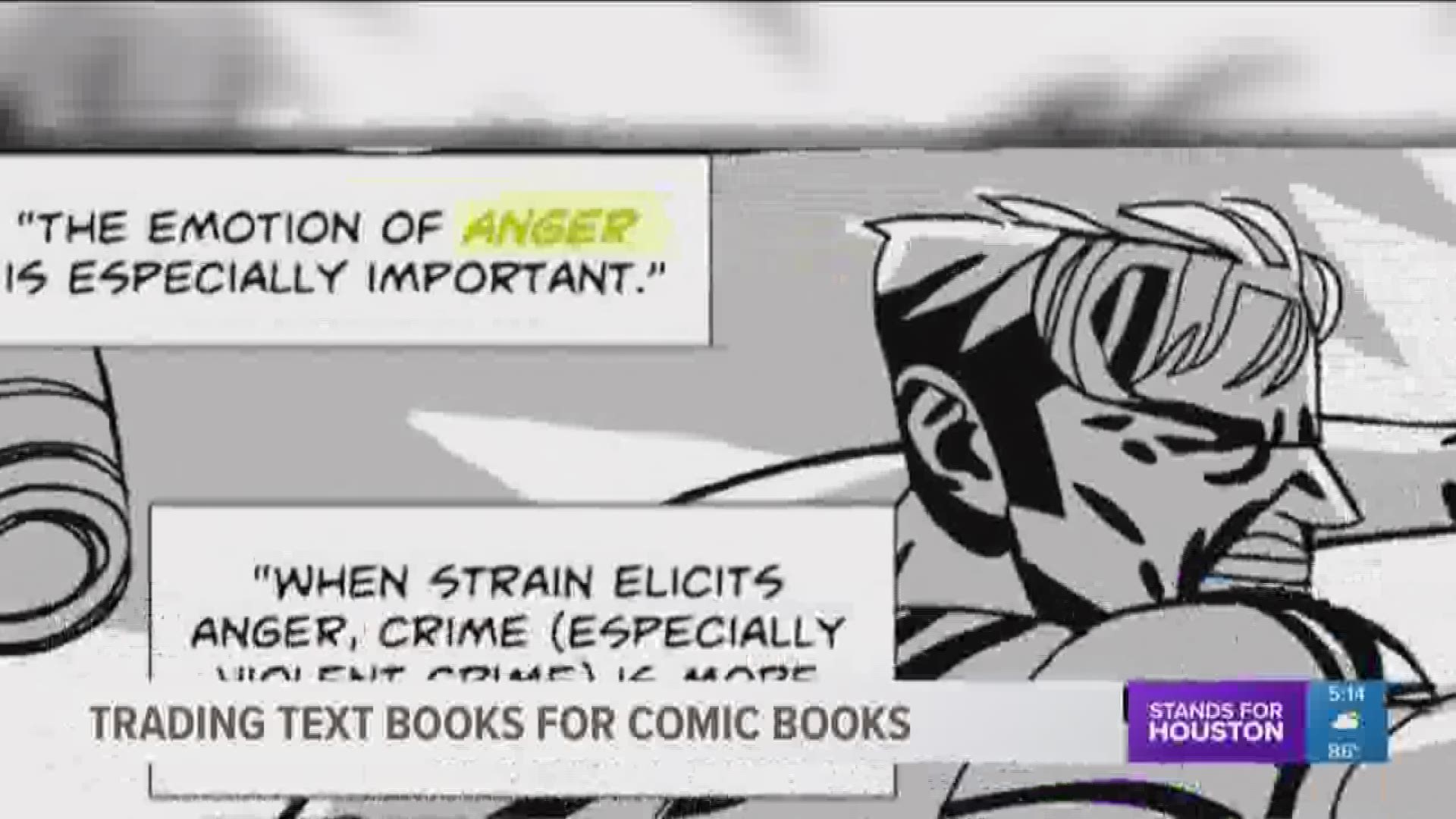 HOUSTON -- Some classes at the University of Houston are trading textbooks for comic books.

Dr. Krista Gehring is an associate professor of criminal justice at University of Houston Downtown.

She created a series of comics for her classes, called CrimComics, which explore the foundations of criminology.

She says the combination of stories and images can make complicated theories easier to understand.

“When you have students reading a text book, it’s just a bunch of words. Whereas when you’re reading a comic, there’s a lot of active reading happening,” said Gehring. “I’ve had students say I’ve read that comic twice, which you don’t really find students say hey I read that chapter twice. It was so good.”

Using comics to explain complex issues is a growing trend in education.

Art students at UHD are telling stories about immigration, sexual harassment, and racism in a “Creating a Graphic Novel” class.

“I’m a very visual person, so I need to see the pictures and also relate it to the words,” said Brenda Chapa, a senior in the class. “You see that action or you see that movement and you’re like, that information is actually sticking to me a lot more than if I was to read a regular textbook.”

In Dr. Gehring’s classes, the comic books focus on specific criminology theories. They do not replace textbooks, they supplement them.

Five issues of CrimComics have already been published. The 6th issue will come out in December.

She hopes to put all the series together one day to create a full graphic novel.