Only one team from Houston ISD is among the more than 3,700 teams. So competition organizers are making a push for HISD to include more S.T.E.M. programs. 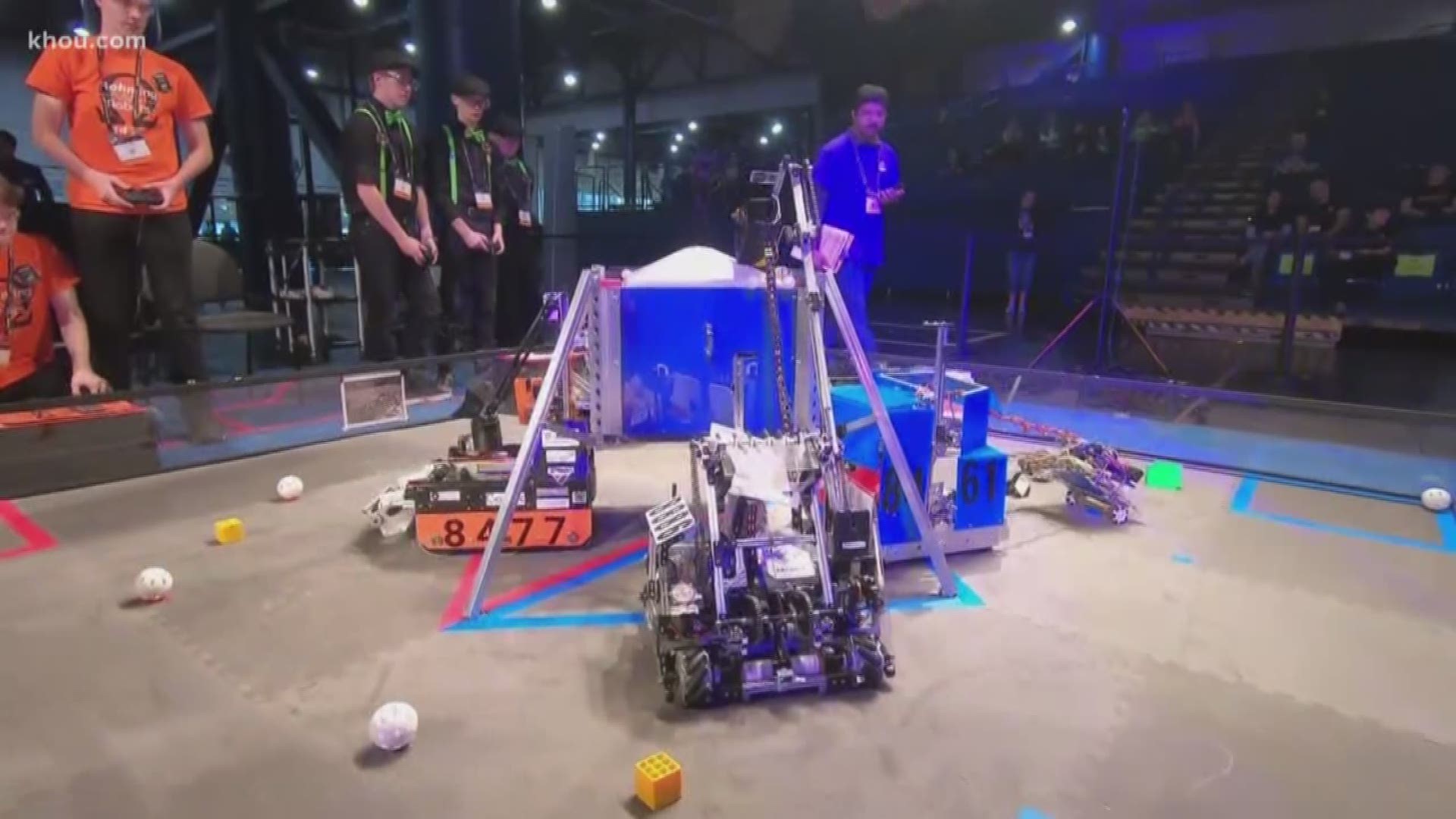 HOUSTON — The best student robotics teams from across the world will compete for the championship in Houston.

The main competitions will happen inside the George R. Brown Convention Center in downtown Houston. Other activities will be held across the street from the GRB at Discovery Green and the final round and awards ceremony at Minute Maid Park.

In a press release, FIRST listed that 33 countries would be represented by student teams.

But as of April 12th, the organizers upped the country count to 43, with more than 17,000 students competing in one of three categories: robotics, tech and a Lego League.

But with more than 3,700 teams registered, only one is representing Houston Independent School District.

So Don Bossi, the President of FIRST Robotics, rolled out the red carpet for the interim superintendent for HISD.

“We would love to see more teams with Houston ISD get involved with FIRST.” he said.

Kids as young as six can sign up for the program through their school district.

“There’s so many different subjects that collide with the robotics, that any student can take part in it,” said Jack, a competitor from south Australia.

Organizers are determined to get more girls and minorities to sign up, like Naomi from south Australia.

“It’s not just about building a robot, it’s so much more than that. It’s about teamwork and working together. Leadership and patience. You learn so many skills.” she said.

You get why Bossi is focused on HISD when you consider this:  33 countries from Venezeula to Tonga, the Czech Republic to Poland, are in the championships. And while a bulk of the teams 3,700 are from the U.S. (which has about 3,100 teams), only one U.S. team is from Houston ISD.

“Oh! It motivates me tremendously because we need opportunities in HISD for all of our students,” said Dr. Granita Lathan, Interim HISD Superintendent.  “I believe that a program or school should meet the needs of every child. And if we can get more students engaged into robotics and being able to dream and invent, the world is theirs.”

During a tour with Dr. Lathan, FIRST Robotics mentioned its willingness to help the school district allocate funding for STEM programs through grant money and volunteers.

“Everything’s not always about the money,” said Dr. Lathan. “It’s about, sometimes, the time and the human investment. And so if we can get partners to help us, I can see this going a long way throughout our district.”

The FIRST Robotics Championship is free and open to the public.