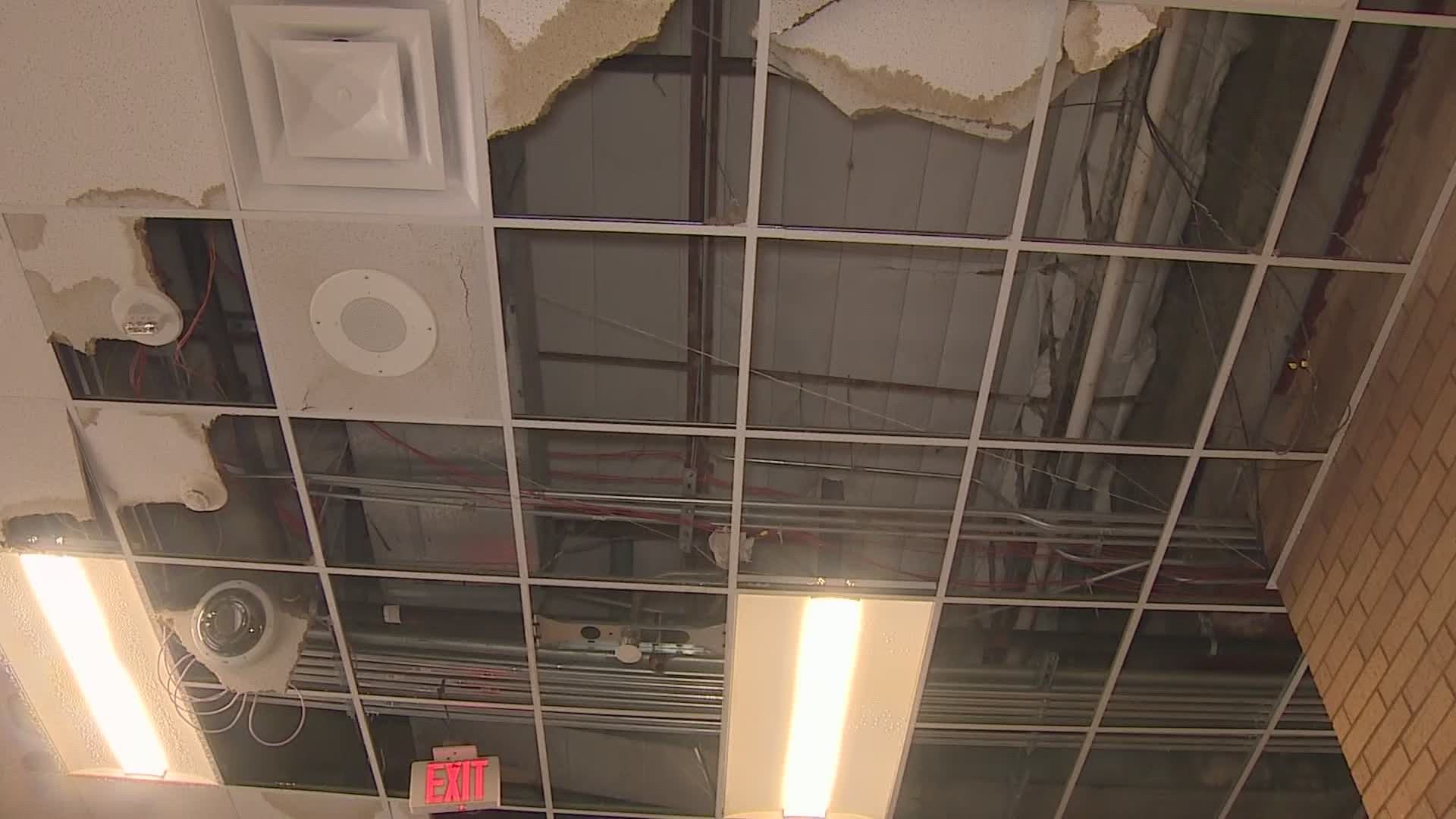 HOUSTON, Texas — The winter weather walloped some Houston-area school districts and left them to clean up major messes from ruptured pipes.

It's something to which many students and their families can relate.

It's one of at least 65 district buildings that suffered water damage this week.

The orchestra pit in the auditorium filled with water.

"Without having heat in the building in the extreme conditions we had in Houston, it caused a lot of pipes to break, unfortunately,” said Sprague.

Cafeteria cleanup. Houston area school districts are dealing with ruptured pipes like many people. @CyFairISD reports damage at numerous schools, including this one. More from here and how homeowners are handling things: @KHOU at 4:30 + 6:00 #khou11 #TexasFreeze @cfisdleslie pic.twitter.com/s7pNclRpgv

A long line we saw outside Texas Plumbing Supply illustrated the scope of the issue.

Customer Barney Earls was trying to fix a pipe somewhere inside a hole in his ceiling.

"My neighbors woke me up and they told me it looked like I had a waterfall coming out of my garage," said Earls.  "So I woke up and went out there and turned the water off."  "It was horrible."

Store owners said the flood of customers started once water inside ruptured pipes came back on and exposed weaknesses caused by the freeze.

“I’m 36 and in the business since I was 6," said Joey Fuller of Texas Plumbing Supply. "I’ve never seen anything like this.”

Long lines for plumbing supplies. Dozens of vehicles (including plumbers) wait to get into this Cypress area store as folks deal with ruptured pipes and other winter weather-related problems. Here’s my story from yesterday, including some advice: https://t.co/22GwKDZkIO #khou11 pic.twitter.com/ZAkbxiZws1

Most hope to see less and less in the coming days although the danger remains.

"What we are worried about is the freeze tonight," said Sprague.  "And we know some of these pipes are probably fragile and when water pressure gets turned back on, we could have some more breaks that we’ll have to deal with through the weekend to be ready for Monday,” said Sprague.

Turn off your water in the event of a ruptured pipe in order to help minimize damage.