The board has appointed Chief Financial Officer Kenneth Huewitt as interim president. 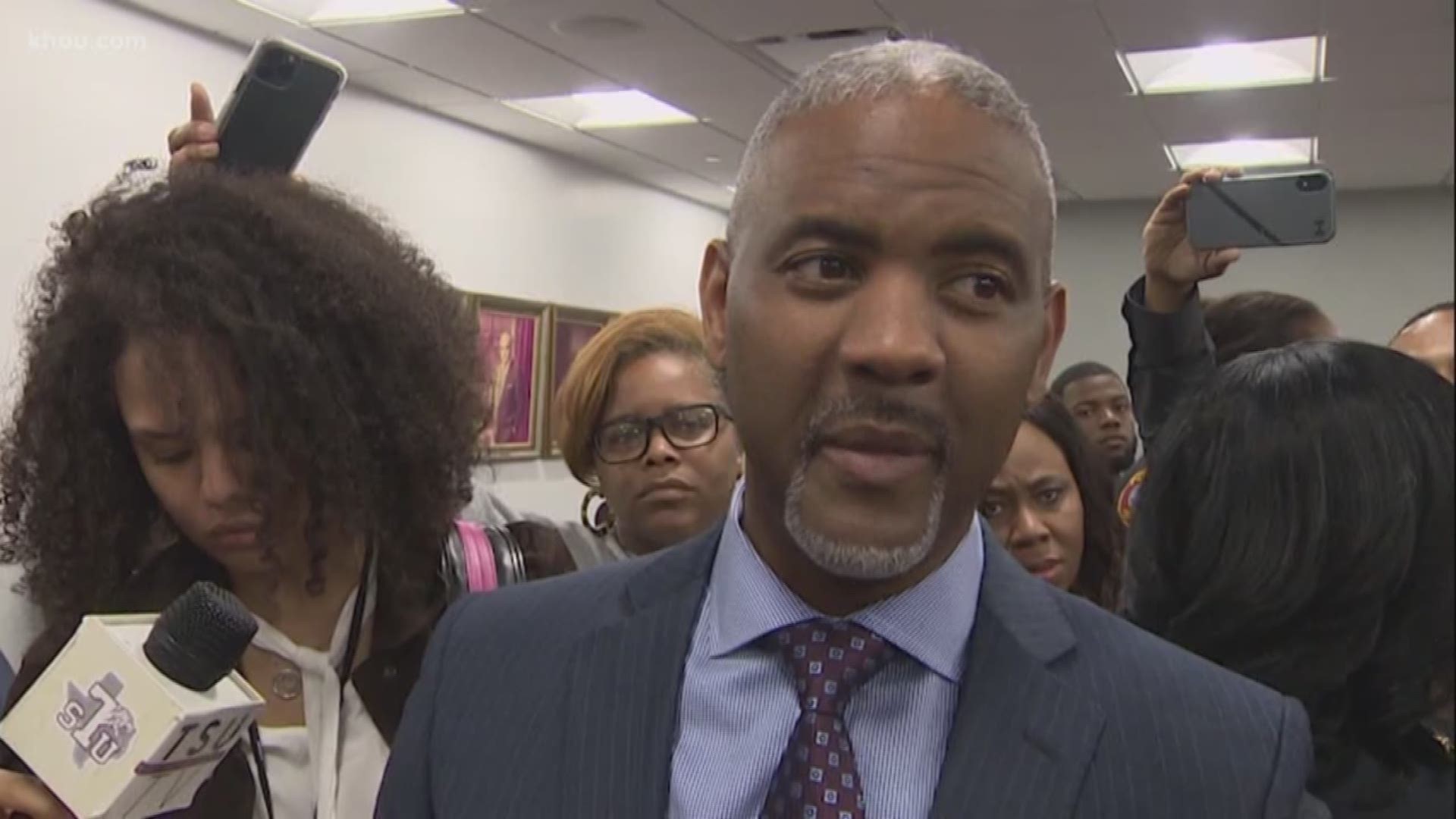 HOUSTON — The president of one of the largest historically black colleges in the United States is out.

After a very heated and often contentious meeting at Texas Southern University, the Board of Regents voted to remove President Dr. Austin Lane late Tuesday night.

The meeting that led to his firing went into the very early morning hours at TSU.

But after meeting behind closed doors for more than five hours—the board voted 6 to 1 to fire Lane. The decision resulted in an outcry from Lane supporters who waited the board’s decision.

Lane had been TSU’s president since 2016 but was unexpectedly put on leave last month.

Tuesday night, the board accused Lane of being connected to an admissions scandal involving thousands of dollars and an employee who was fired.

RELATED: TSU president placed on leave with pay but nobody is saying why

But behind the scenes, sources tell KHOU 11 some board members have a personal vendetta against him and wanted him out. Lane has 30 days to fight the allegations against him which he promises to do. It is unclear if a third party will oversee the final decision.

We have reached out to attorneys for the TSU president but have not heard back from them.

Alumni tell us they will continue to fight Lane's firing. They have started a petition to reinstate the president and will be reaching out to other agencies to see what can be done to reinstate him.

In the last 20 years the university, has had three presidents.

FULL STATEMENT FROM THE BOARD OF REGENTS

The Texas Southern University Board of Regents voted today to propose the termination of Dr. Austin A. Lane. This action is based on an audit committee’s finding that Dr. Lane violated his contract, including the termination for cause provision. His actions relate in part to failure to report to the board information relating to improper payments for admissions to the Thurgood Marshall School of Law and for the improper awarding of scholarships to students, which led in part to the initiation of a comprehensive investigation. The improprieties in the law school involved a former official who is no longer employed in the law school.

The 6-1 vote took place during a special meeting of the Board. The Board previously announced that CFO Kenneth Huewitt will serve as the acting president.

Dr. Lane was provided with a “Notice of Termination for Cause” letter after the vote Tuesday evening. The major areas outlined in the notice letter were: (1) “failure to advise and fully report” to the board his knowledge of any actions that could cause harm to the University; and (2) engaging in actions that have a “material adverse effect” on the University’s reputation and brand.

An investigation conducted by the University’s internal auditor, third-party investigators and board counsel concluded that Dr. Lane failed to appropriately act on or inform the Board about allegations of fraud committed by the former law school official, including evidence of a student payment for admission to the school. These and other actions had the effect of concealing such fraud. The investigation also found attempts to conceal excessive entertainment expenses through a process inconsistent with Dr. Lane’s contract that would have prevented Board scrutiny of such expenses. It also found that Dr. Lane and his assistant attempted to direct another former law school official to misrepresent a report to a national law school accreditation review board. The Board took additional steps to confirm its findings utilizing three separate law firms to assist with the process.

The Board continues to cooperate with authorities on these matters as an external federal investigation continues. The Board’s ability to comment further is limited to the findings outlined in the “Notice of Termination for Cause” letter so that the Board does not compromise the ongoing investigation.

Dr. Lane has 30 days to dispute any facts in this letter and provide additional evidence to support such a dispute.

Today’s Board action is based on the belief that TSU’s academic integrity and the continued trust of students, faculty, alumni and the public are of utmost importance. In accordance with its oversight responsibilities, the Board will continue to ensure that all activities at the University are conducted in an ethical manner in alignment with TSU’s mission, vision and values.

To read a copy of the Notice of Termination for Cause, click here: http://www.tsu.edu/about/board-of-regents/pdf/final-termination-letter-02042020.pdf