Texas will extend time that schools will be allowed to stay online-only, Gov. Greg Abbott says

Schools had previously been told that they would need to limit online-only instruction to the first three weeks of the school year or they'd lose state funding. 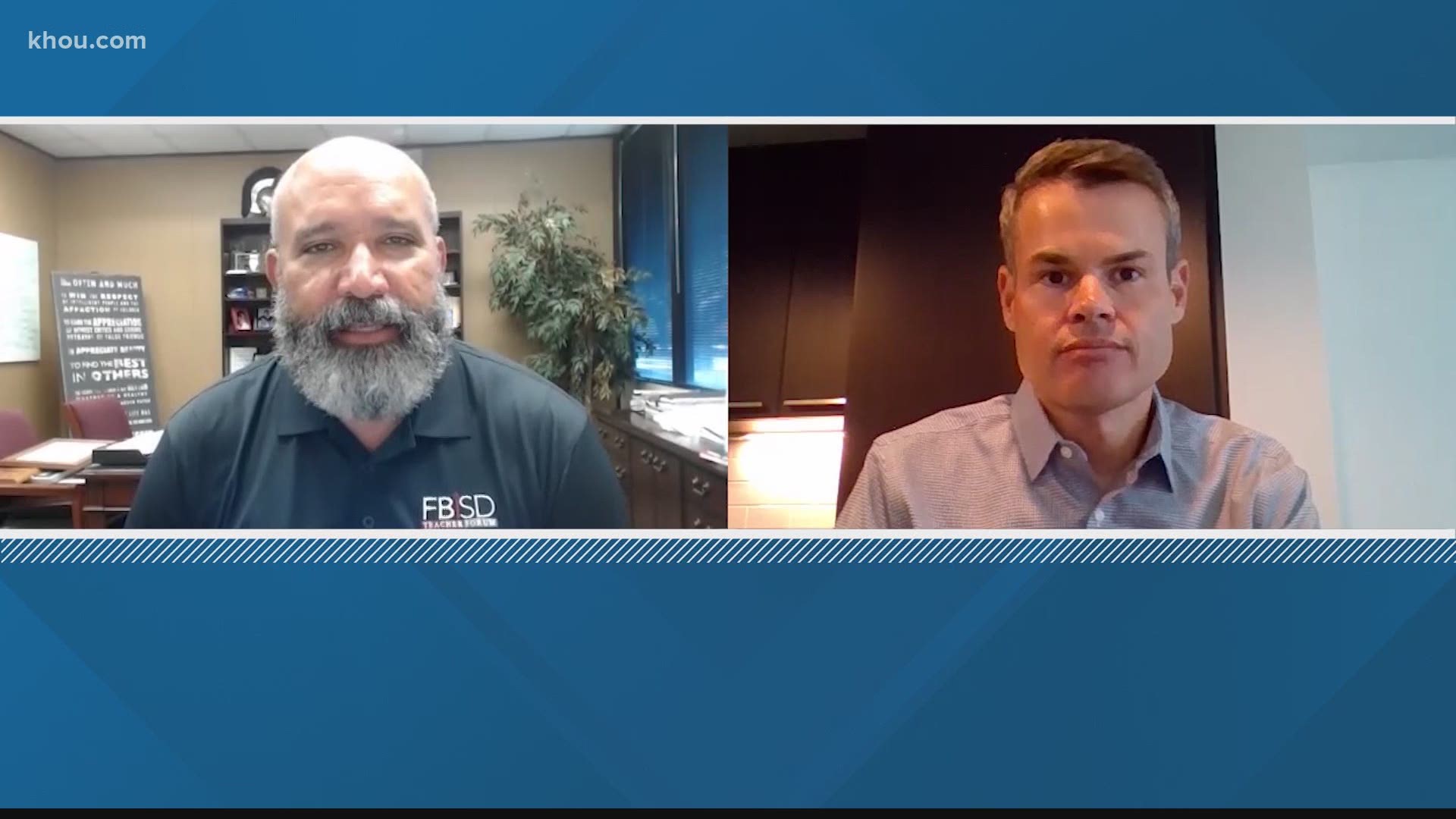 Public health guidance released last week indicated that school districts had to stay virtual for up to three weeks after their start dates, so they could get their safety protocols ironed out before bringing more students to campus. If they stayed closed longer than that, they would lose state funding.

Abbott on Tuesday said that time would be extended. His comment comes on the heels of a tumultuous week, after state education officials released guidance last Tuesday requiring districts to offer in-person instruction for five days a week to all parents who want it.

"I think Mike Morath, the commissioner of education, is expected to announce a longer period of time for online learning at the beginning of the school year, up to the flexibility at the local level," Abbott said. "This is going to have to be a local-level decision, but there will be great latitude and flexibility provided at the local level."

The news, which Abbott said would be finalized in the next few days, will likely come as a relief to superintendents and educators asking the state for more flexibility on when and how they reopen school buildings. Some local health officials, including in El Paso and Laredo, had already demanded that schools in their areas start the year with virtual learning until cases go down.

And some larger, urban school districts, including San Antonio Independent School District, are planning to push their start dates later and keep all students online for three weeks, in order to avoid reopening school buildings as COVID-19 cases and hospitalizations surge.

Parents can choose to keep their kids learning virtually from home, but the state provided little guidance for how to protect teachers, who may be more at risk for severe illness due to the virus.

Public health experts have warned that reopening school buildings in areas where cases are rising precipitously will result in entire communities becoming infected.

"If you open K-12 in areas where virus transmission accelerating, teachers, staff will get sick, as will parents," tweeted Peter Hotez, an infectious disease expert and the dean of the National School of Tropical Medicine at Baylor College of Medicine. "All it takes is for one or two teachers, staff, or parents to enter hospital, and it will be lights out."

But political pressure from the Trump administration to open schools is still intense, with President Donald Trump himself criticizing the U.S. Centers for Disease Control and Prevention for rolling out strict guidance for schools.

The political conflict on when to reopen schools has left teachers and parents terrified and uncertain about the best decisions for themselves and their families. Teachers unions and associations have been encouraging their members to find legal avenues to stay safe, including retiring early, resigning or filing for medical and family leave.

But Abbott stopped short of saying in another television interview that state officials would cancel next spring’s administration of the state standardized test.

“It’s way too early to determine whether or not the STAAR test may not be used this particular year," he said. "We gotta wait and see."