Some community members chanted during the event. Members of the Houston Federation of Teachers did the same after it ended. 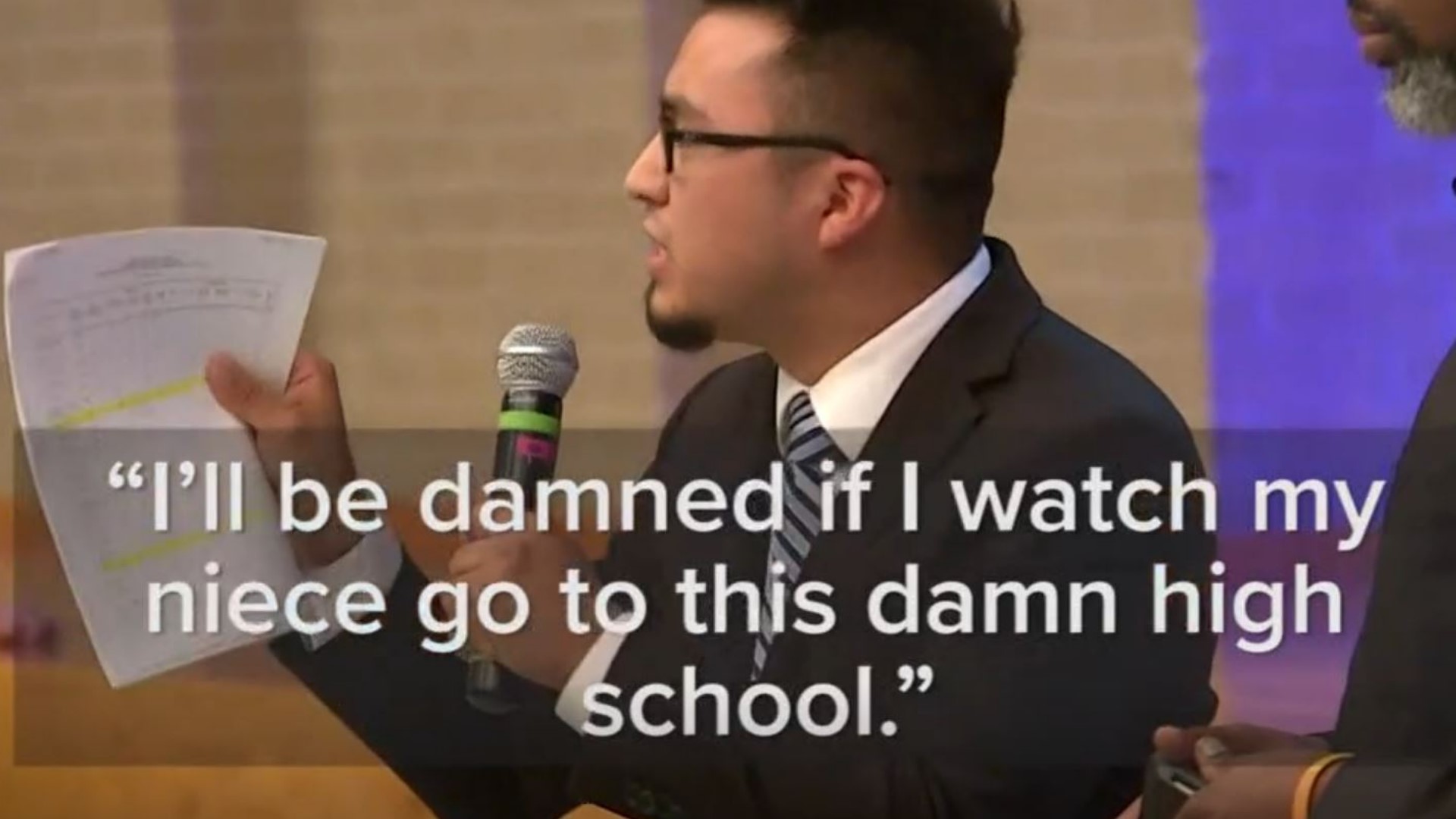 HOUSTON — Parents, teachers and some Houston ISD school board members exchanged verbal fireworks over a looming state takeover of the district during a town hall at Chavez High School Thursday evening.

Some community members chanted during the event. Members of the Houston Federation of Teachers did the same after it ended. Others passed out flyers to bring crowds to the next community town hall on the issue.

In between, raw emotion raged.

“I’ll be damned if I watch my niece go to this damn high school,” an activist said into a microphone while facing dozens in the school auditorium.

“Watch how you talk to these kids,” a parent shouted back. “You wouldn’t talk like that if your niece was in here.”

“I agree for TEA takeover because I have had more trouble than the law of getting my children, my grandchildren a good, good education,” said Carolyn Webster, 74, of Houston.

“As you can see, I am not here to support a TEA takeover,” said outgoing HISD Board of Trustees president Diana Davila while wearing a black T-shirt with a red circle slash covering the letters TEA on her chest. The back of her shirt read: #Democracy. “I believe in what my shirt says, democracy. I don’t care who was elected. If it wasn’t me, that trustee deserves a voice. I am not in support of this. I never have been.”

“If y’all fail (to improve underperforming schools), do we get our schools back,” a woman asked TEA’s Deputy Commissioner for Governance AJ Crabill.

“Answer the question,” said another man shouted from the middle of the auditorium. “How many district succeeded under TEA rule?  That is a big fat zero.”

“We’re here with two intentions,” Crabill replied. “The first intention is just to listen. Part of listening means it’s valuable for me to hear everything that you have to say. The second reason we’re here is to try to answer questions. Just please come use the microphone.”

The back and forth lasted an hour and a half.

Several parents left wanting more clarity on who the TEA plans to appoint to lead the district. They also wanted details on how that new group would improve Wheatley High School, singled out for seven years of poor achievement by TEA in a letter informing the district of the state’s decision to takeover governance.

The next town hall will be at 6 p.m. Dec. 3 inside the Houston Federation of Teachers office at 2704 Sutherland.