The Shadow Creek football team's biggest fan isn't an alumnus -- or even a member of another team. 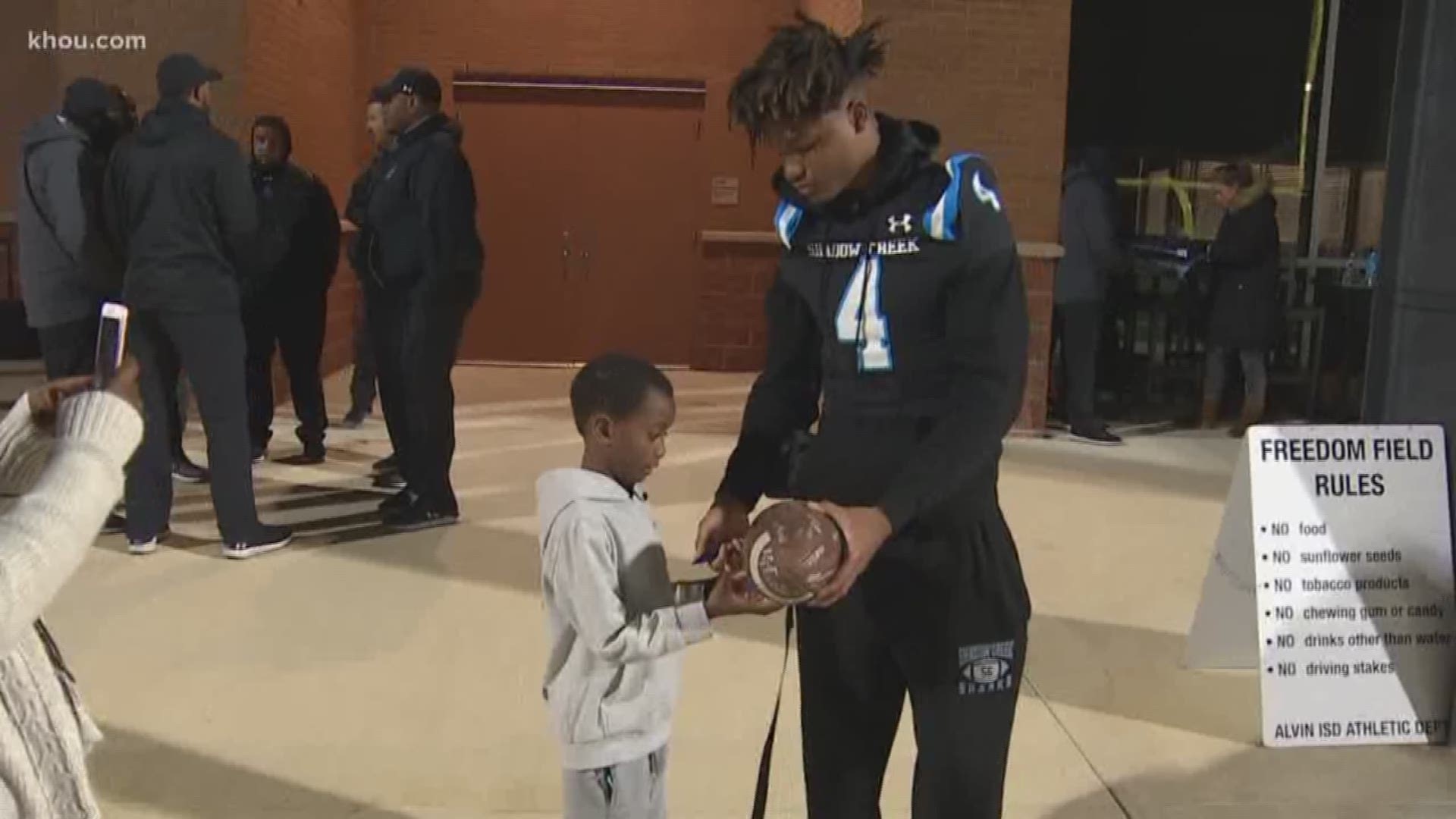 However, he is a football fan who fell in love with the team on YouTube. Campbell said her son studies Shadow Creek highlights posted there so much that Tony knows each players by name and number. Campbell is also able to rattle off team and player stats.

Recently, his mom asked if her son could see the team practice. It was his wish.

Tony and his twin 5-year-old siblings have congential nephrotic, a disorder that attacks kidneys. So far, treatments have not been successful. Eventually, Tony may need a kidney transplant.

“I don’t know what lies ahead with his journey with this disorder,” Campbell said. “I don’t want to get emotional about it. I have been dealing with it for about four years with all my children. I want my children to live as much of (a) happy childhood as possible.”

Tony told KHOU 11 he plans to store his football in a drawer at home so that his younger sisters cannot find and damage it.