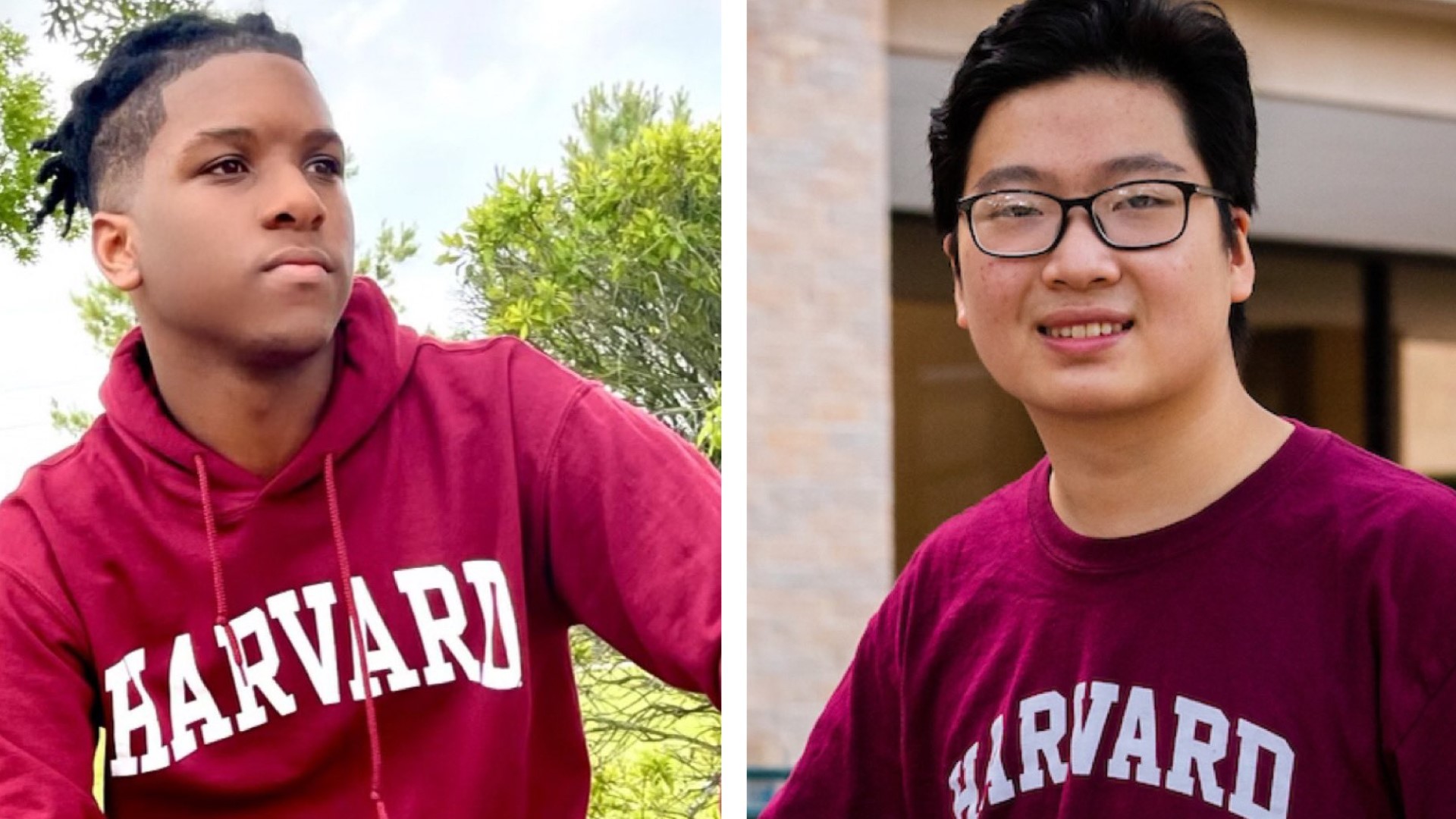 HOUSTON — Senior Da’Vion Tatum had a dream long before he ended up at Spring ISD’s Westfield High School.

He achieved that dream some nine years later and is believed to be Westfield’s first Black male valedictorian.

Tatum is one of only 3 percent of those who applied this year to get into prestigious Harvard.

Boston bound. These two @SpringISD seniors are heading for @Harvard after getting accepted at EVERY Ivy League college. Their stories and advice for other students: @KHOU at 4:00 #khou11 pic.twitter.com/CH2ft3sVya

Don’t let his modesty fool you. Chou was accepted to all eight Ivy League colleges. Tatum got into all but one because he chose not to apply to Dartmouth.

Coincidentally, both want to pursue careers in the medical or research fields.

"I believe to be a really good doctor or researcher, you have to experience the humanities and explore different spheres or subjects, which I feel Harvard is best suited for,” Chou said.

Both future Ivy Leaguers are considered exemplary students by administrators. But they said it shouldn’t be all about academics for those coming up behind them.

“I call myself a forever student because I say I will never stop learning as long as I’m on this Earth," Tatum said. "And I feel like that’s a major component of being successful.”

"And I believe focusing on being perfect and getting it always right is something that can be dangerous to your growth,” Chou said.

The two Spring ISD students have heard of each other but haven’t formally met. They'll certainly have a chance once they get to Harvard.