'There are not two sides': North Texas teachers reportedly told to offer 'opposing' viewpoint of Holocaust

'Additionally, we recognize there are not two sides of the Holocaust,' the Carroll ISD superintendent said in a statement about the Southlake controversy. 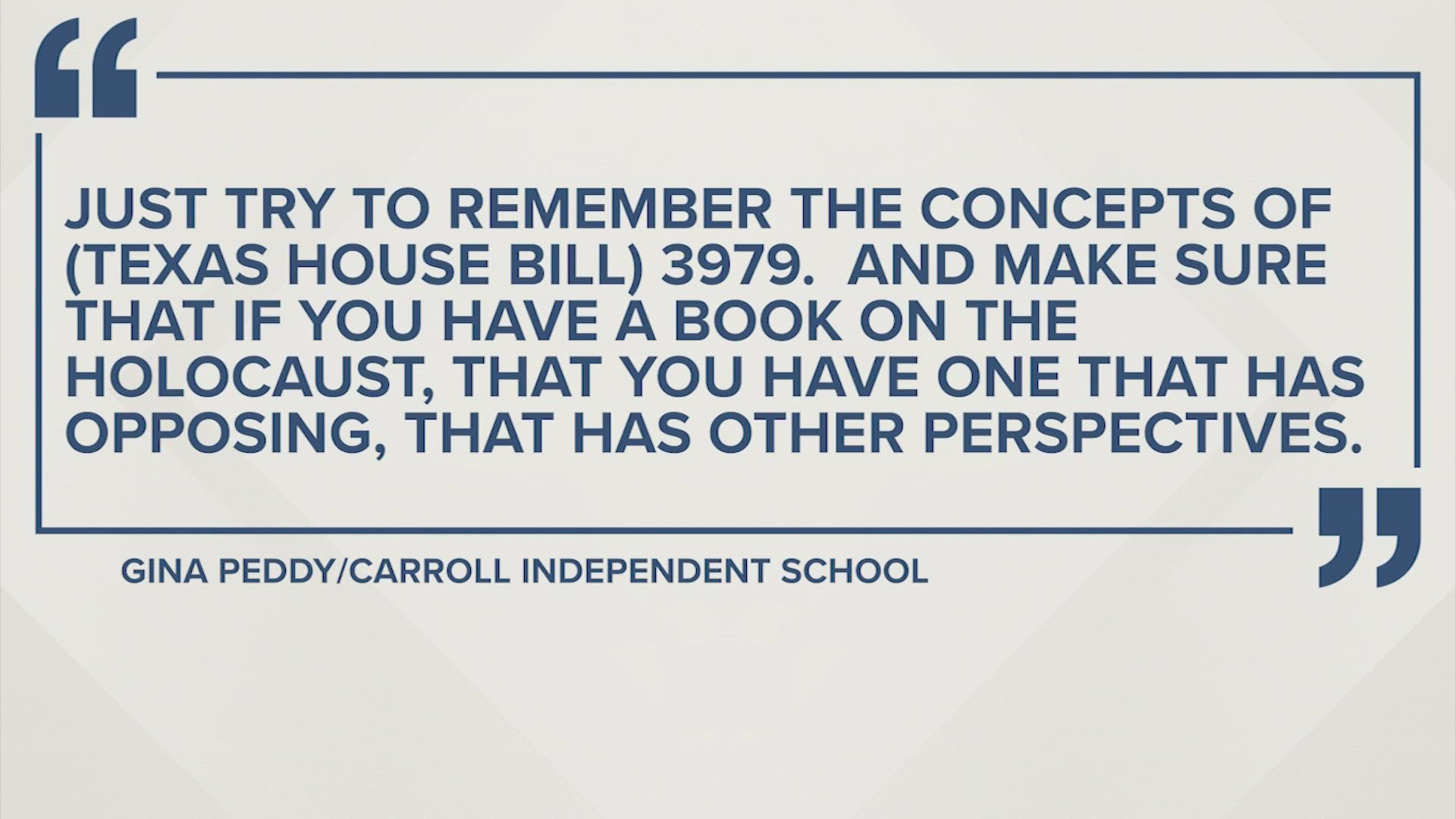 SOUTHLAKE, Texas — A nationwide spotlight is on the Carroll Independent School District in Southlake, a suburb in the Dallas-Fort Worth metro area, after a report that a district leader asked teachers to offer students books with an "opposing perspective" of the Holocaust, according to NBC News.

It happened during a meeting last week between teachers and Gina Peddy, the executive director of curriculum, while they discussed which books teachers should have in their libraries, NBC News reported.

In the audio recording, obtained by NBC News, Peddy reportedly says, "Make sure that if, if, if you have a book on the Holocaust, that you have one that has opposing, that has the other perspective."

A teacher is heard responding, "How do you oppose the Holocaust?"

WFAA has not been able to independently verify the recording.

The fallout over the recording comes as the district and the community try to grapple with the long-simmering topic of race and diversity in the district.

Instead, the district is now working off of Texas' so-called "critical race theory" bill, passed this year, which restricts how current events and America's history of racism can be taught.

According to the bill, teachers can't be compelled to discuss current events, and must explore various viewpoints without giving deference to either side.

Superintendent Lane Ledbetter said in a statement Thursday night that the district continues to "work through implementation of HB3979" and that "we also understand this bill does not require an opposing viewpoint on historical facts."

Also, when WFAA asked if the district is having teachers examine all books in their classroom libraries and remove ones that do not meet certain criteria, a spokesperson for the district sent the following statement:

"No, we are not asking teachers to review them and remove based on the legislative requirements. We had asked teachers to inventory their classroom libraries to ensure their books in the classroom was age appropriate to the grade level they are teaching. This discussion then led to legal requirements based on what teachers were asking; however, at no time did the district mandate books to be removed."

Parents and teachers shared their concerns with Peddy's remarks.

The Dallas Holocaust and Human Rights Museum said in a statement that they are appalled and called on Texans to speak out against the requirement to "present 'opposing views.'"

"The Holocaust is one of the world’s most well-documented historical events," the statement said. "Our Holocaust Survivors are a living testament to the accuracy of the history we teach at our museum – the deliberate, cruel, and systematic murder of 6 million Jews."

As the Superintendent of Schools, I express my sincere apology regarding the online article and news story released today. During the conversations with teachers during last week’s meeting, the comments made were in no way to convey that the Holocaust was anything less than a terrible event in history. Additionally, we recognize there are not two sides of the Holocaust. As we continue to work through implementation of HB3979, we also understand this bill does not require an opposing viewpoint on historical facts. As a district we will work to add clarity to our expectations for teachers and once again apologize for any hurt or confusion this has caused.

As the Superintendent, I express my sincere apology regarding the online article and news story. During the conversations with teachers, comments made were in no way to convey the Holocaust was anything less than a terrible event in history. To read full statement, see email. pic.twitter.com/0cQElEbDId 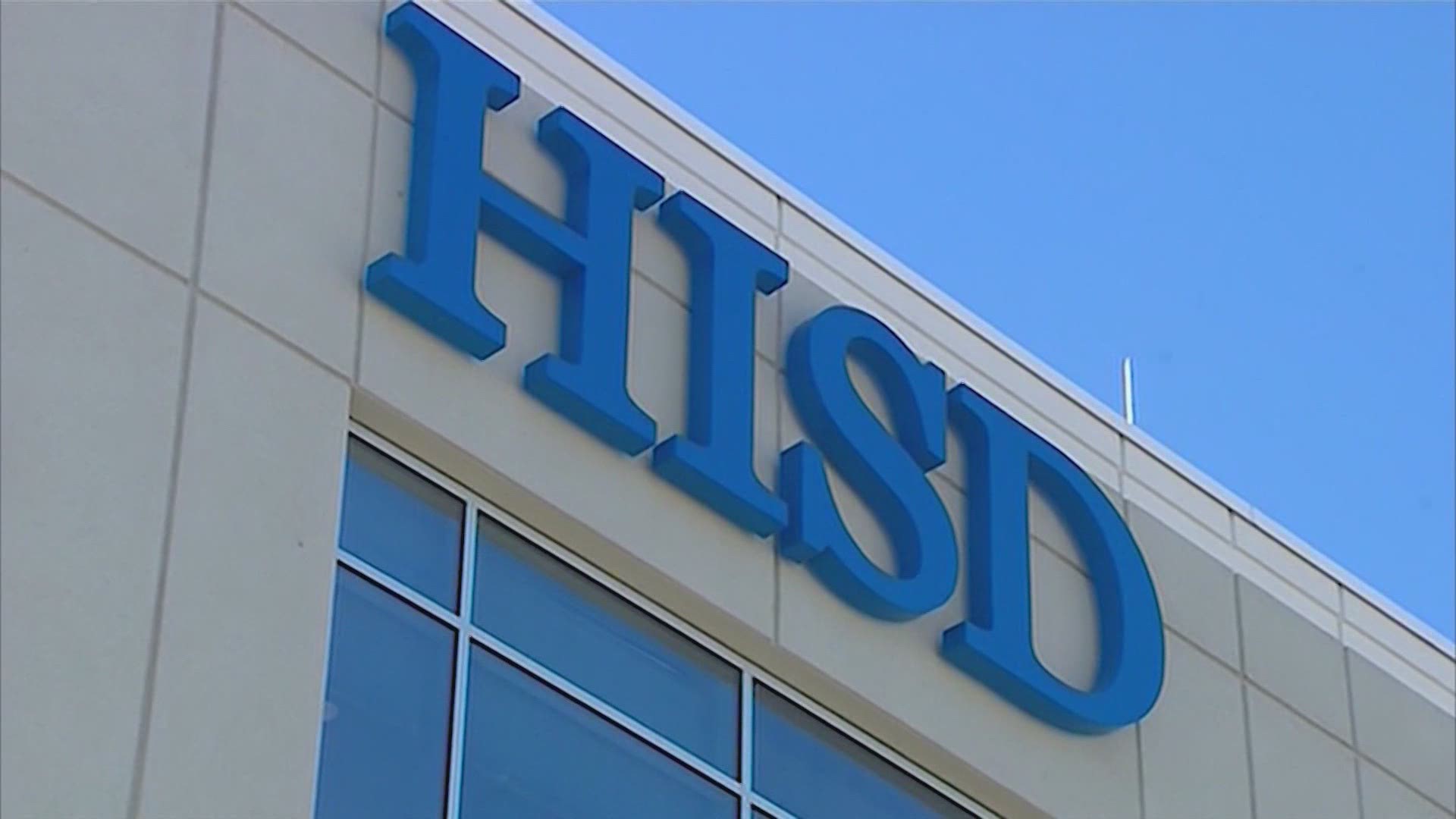