On Friday, Jan. 8, authorities said the accident scene leads them to believe the driver was able to walk away from the crash with "little or no injury." 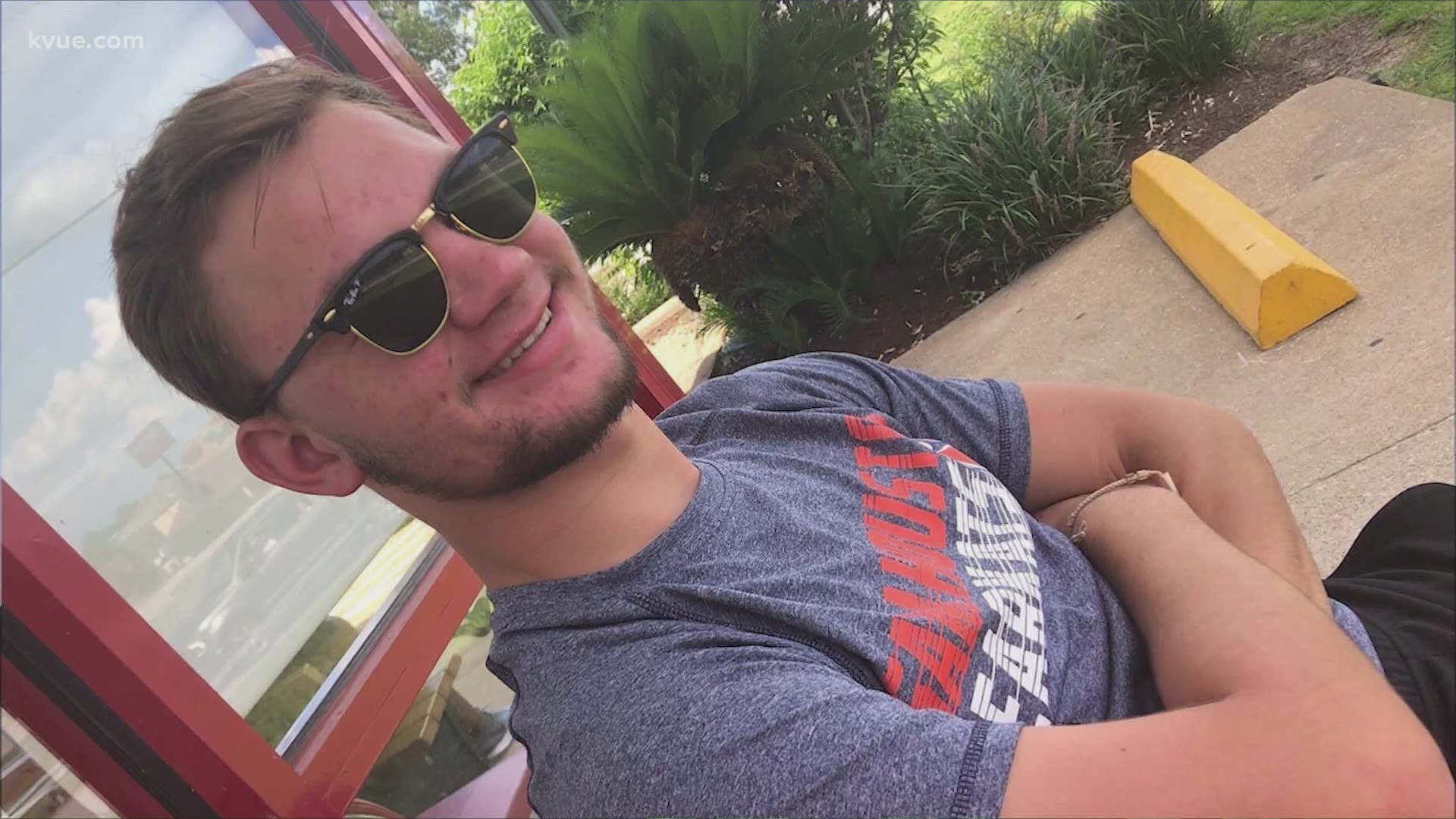 SAN MARCOS, Texas — A Texas State University student is missing, and troopers are investigating after his car was found crashed in Luling, Texas.

The university confirmed to KVUE on Dec. 15, that Jason Landry, a student, has gone missing. The university spokesperson said, "Texas State University continues to monitor the situation and we are hopeful for a positive outcome."

The Caldwell County Sheriff's Office and Texas Search and Rescue are not giving up on their search for Landry.

In their search for Landry, Texas Search and Rescue has covered 3,900 acres by foot, horse and dogs and about 16,900 acres by air using drones and helicopters.

The sheriff's office said they have received "many" calls with information and tips, and investigators are following up on them.

On Dec. 22, Texas EquuSearch said it is suspending its involvement in the search, providing the following statement:

"Over the last nine days, law enforcement investigators and two different search teams have searched for Jason Landry in every accessible, reasonable and practical place that he might be. Searchers and law enforcement investigators have utilized multiple resources in the search for Jason, including a helicopter with infrared cameras, UAVs (drones), side-scan sonar, scent dogs, as well as searchers on foot, ATVs and horseback. We will not speculate on what may have happened to Jason, but we feel the vast area surrounding the accident scene has been thoroughly searched … and Jason still hasn’t been found. As a result, Texas EquuSearch is suspending our search operations for Jason until law enforcement investigators obtain credible and sufficient information that would lead our team into a more specific area to search."

According to a Department of Public Safety (DPS) spokesperson, troopers found his crashed car in Luling around 12:30 a.m. Monday. Troopers believe that he was traveling back to Houston where he is from.

A citizen in Luling reported seeing the crashed vehicle off Salt Flat Road near U.S. 183. When authorities arrived, there was no sign of a driver or passenger, but after tracking down the car's information, they determined that Landry is the driver of the car.

On Friday, Jan. 8, authorities said the accident scene leads them to believe the driver was able to walk away from the crash with "little or no injury."

Approximately 900 feet south of the accident scene, a few articles of clothing and personal effects were discovered in the roadway, the Caldwell County Sheriff's Office said.

The area surrounding the crashed car was searched with the help of DPS helicopters, but investigators have not had luck finding anyone. DPS is also unsure of what happened before and after the car crashed.

KTRK, the ABC affiliate in Houston, spoke with Landry's mother, who said she got a phone call from DPS. Laundry's mother said his keys, phone, wallet and other belongings were left behind in his car. She also said a small amount of blood was found inside.

"We've just been searching all day, and I can't believe we still haven't found him. I never thought it would go this long," she said.

On Dec. 20, Landry's community held a vigil praying for his safe return. Landry's father, Ken Landry, is a pastor and says he is living a nightmare.

"Knowing is bad, not knowing is worse. I have images in my mind of my son hurting, walking away from a car accident, walking down a dark and lonely road looking for help," he said.

Search crews were scheduled to canvas the area around the crash in Luling on Dec. 21. So far, there has been no sign of Landry.

The public is asked to contact Detective Ferry with the Caldwell County Sheriff’s Office directly at 512-398-6777 ext. 4516 with any information regarding his disappearance.

Another widespread freeze on the way