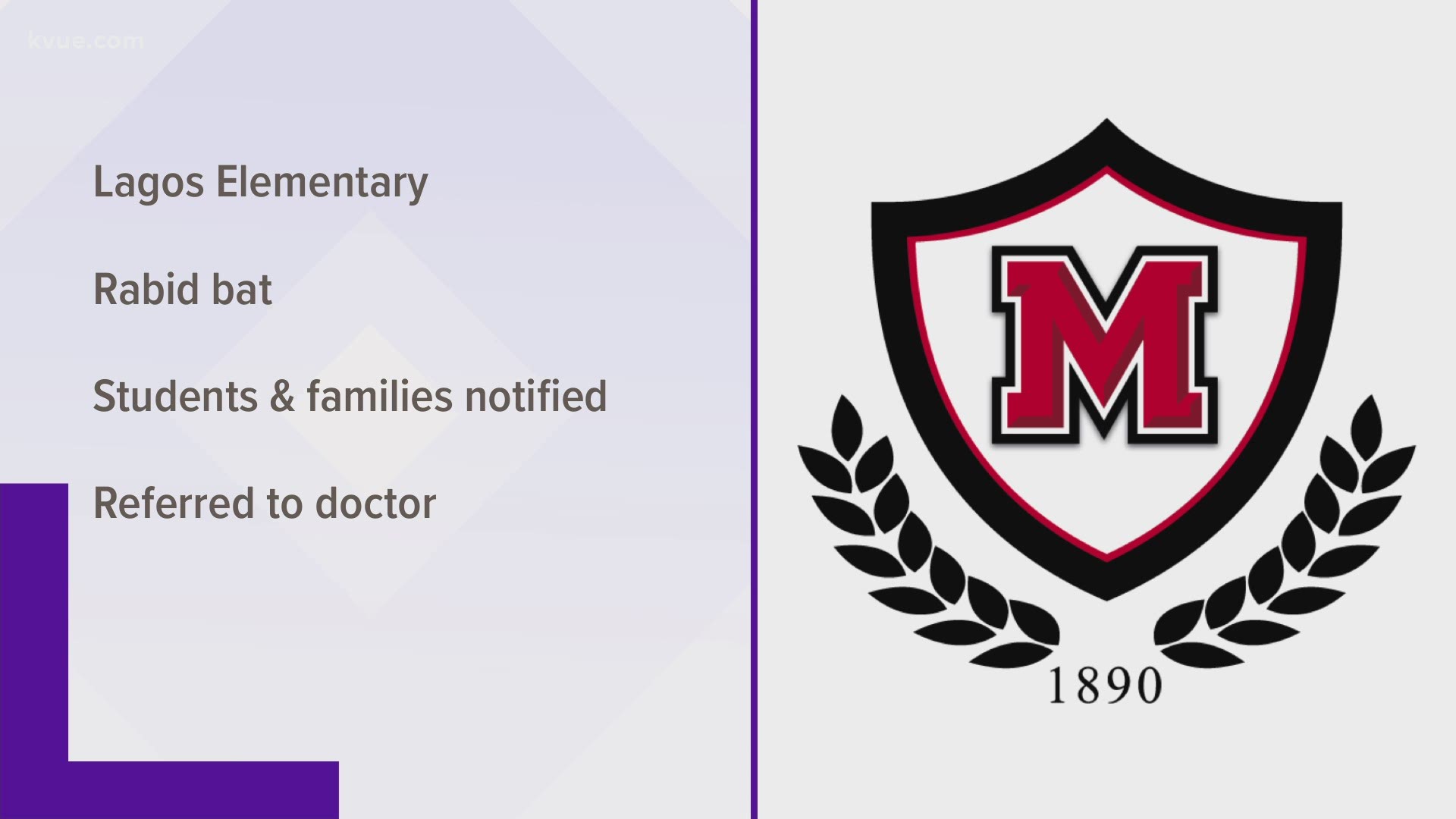 MANOR, Texas — Students at Lagos Elementary School in Manor may have come into contact with a rabid bat, according to a letter released by Manor ISD on Tuesday.

Manor Animal Control reported surveillance video shows about 19 kindergartners playing with the bat outside Lagos Elementary School, tossing it around, screaming and playing with it.

School administrators said the animal was removed immediately and the students and families were referred to a physician.

The district said trained personnel will inspect the interior and exterior of the facility for any signs of bats or other pests. School leaders will also take appropriate actions and notify parents and guardians should any other threats be found.

"Lagos Elementary is committed to providing a safe learning environment for our scholars," the letter states. "Inspections to keep the campus free of pests are conducted throughout the year."

The district is also working with the Manor Police Department on the matter.

Anyone with questions is asked to call Manor ISD's assistant director of health services and wellness at 512-278-4093.