The child was allegedly incorrectly sent home on the bus on four separate occasions when she was supposed to be sent to an after-school program. 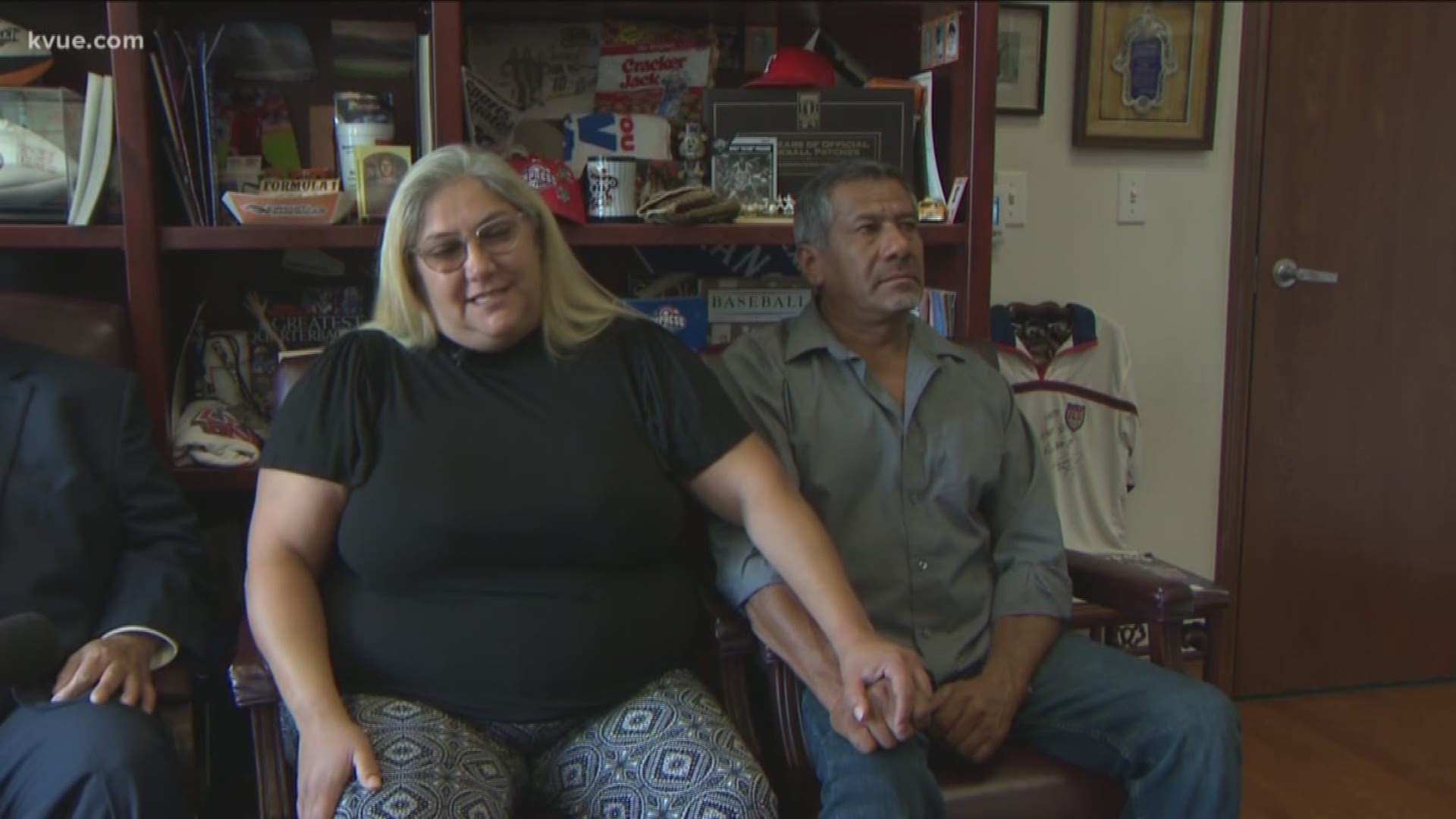 ROUND ROCK, Texas — A Round Rock couple is taking the Round Rock Independent School District (RRISD) to court.

The parents claim the staff at Teravista Elementary School lost their daughter four different times. Now, they're suing her former school district, claiming the staff failed to keep her safe.

According to the mother, Candy Ivette Mendoza, school staff were supposed to make sure her now seven-year-old daughter attended the after-school program on campus. According to the lawsuit obtained by KVUE, the child was enrolled in the program at the beginning of the 2017-2018 school year and she was supposed to go to it every Tuesday, Thursday and Friday.

Instead, Mendoza said the staff put her daughter on a bus and sent her home multiple times.

According to the lawsuit, the after-school program functions like this: Students are released by their teachers at the end of the school day at 2:40 p.m. The students enrolled in the program are then escorted to the cafeteria by a teacher. After-school staff checks the students in, and parents receive an automated email by approximately 3:05 p.m. confirming that their child is present and accounted for. Parents are also supposed to receive an email confirming when their child is checked out at the end of the day and they are called if their child doesn't check in on a day they are scheduled to be in the program.

Mendoza said the first time the Round Rock school district lost her daughter was in the fall of 2017 when she was a five-year-old kindergartner.

Mendoza said she talked to the principal and the teacher.

"They promised that they would never lose her again," Mendoza said.

But she said that promise was broken.

"They lost her three times more," she said.

The suit states that on the first two occasions that the child was allegedly misplaced, the bus driver knew that she was normally met at the bus stop by Mendoza and when the driver didn't see Mendoza, she took the child back to the school rather than leaving her at the bus stop.

In two out of three of those first instances, Mendoza received an email saying her daughter had been checked into the after-school program when she had not. On all occasions, the school and program both failed to inform the child's parents that she had been incorrectly sent home on the bus, according to the lawsuit.

Mendoza said the most traumatic incident was the fourth, which happened in December 2018. The lawsuit states that it was especially important that Mendonza's daughter be sent to the program on this particular day because Mendoza was out of town and the child's father was set to pick her up from the program at 5 p.m.

The lawsuit states that on that day, the child was incorrectly sent home on the bus for the fourth time. This time, there was a substitute bus driver who was not familiar with the fact that Mendoza would normally meet the child at the bus stop, so, rather than being returned to school, the child was left at the stop.

"And my daughter came home and nobody was there ... None of our trusted neighbors was there. So she was left alone in the cold, and she was crying and she was screaming for help," Mendoza said.

Mendoza said her then six-year-daughter was alone for about 30 minutes. According to the lawsuit, after that time, the child was helped by a neighbor who insisted she come inside so she would not be cold. The child accepted but stayed by the window waiting for a parent or the "trusted neighbor," according to the suit. One of the trusted neighbors eventually arrived and reached out to the child's father to let him know she was with her. This was at approximately 4 p.m., according to the lawsuit, and the school and program had once again not contacted the child's parents.

Mendoza said it terrifies her to think of the what if's.

The suit states that the child's parents met with her teacher and the principal after the first incident in fall 2017 and again after the December 2018 incident. Both times, the principal was apologetic, but reportedly stated, "This happens from time to time." At the first meeting, Mendoza – a data analyst – expressed concern that there was no cogent system for coordinating and communicating the time frame from when the students are released by teachers to when they're checked into the after-school program. According to the lawsuit, after that meeting, Medoza developed a spreadsheet system to help with this and offered it to the school and program leaders, but it was never implemented.

The lawsuit states that the child has experienced significant trauma because of these incidents, which Mendoza also told KVUE. She has experienced marked regression in social functioning and emotional development, experiences bouts of anxiety sometimes to the point of vomiting or going to the bathroom on herself and she fears attending school and leaving her mother. The lawsuit states she cannot sleep in her bed anymore and she "displays extreme clinging to her parents to the exclusion of her peers."

The child now attends a private school not in RRISD, according to Mendoza.

Now, Mendoza wants a jury to hear her case and perhaps force RRISD to rethink and retrain its staff.

RRISD gave the following statement to KVUE in response to the lawsuit:

"The safety of our students is our first priority, and that includes during the transportation of students before and after school hours. If issues do present themselves, we take immediate corrective matters to address them. Again, we aren’t able to speak to specifics, but what we can share is that statements made pre-litigation may not accurately represent actual events and as details come forward through the litigation process may change the understanding of events as evident in the recent Kenyon non-renewal hearing held on August 5, 2019."

You can read the lawsuit in full below: 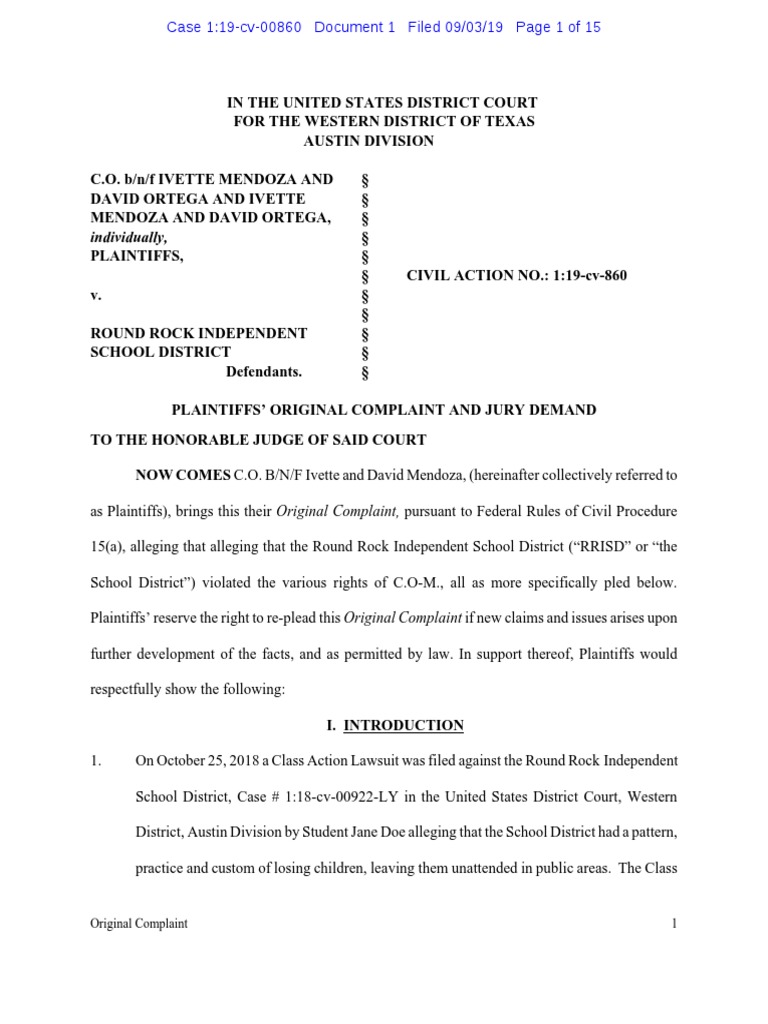 'It's a deep-fried rat': Man behind viral Whataburger mouse video speaks out