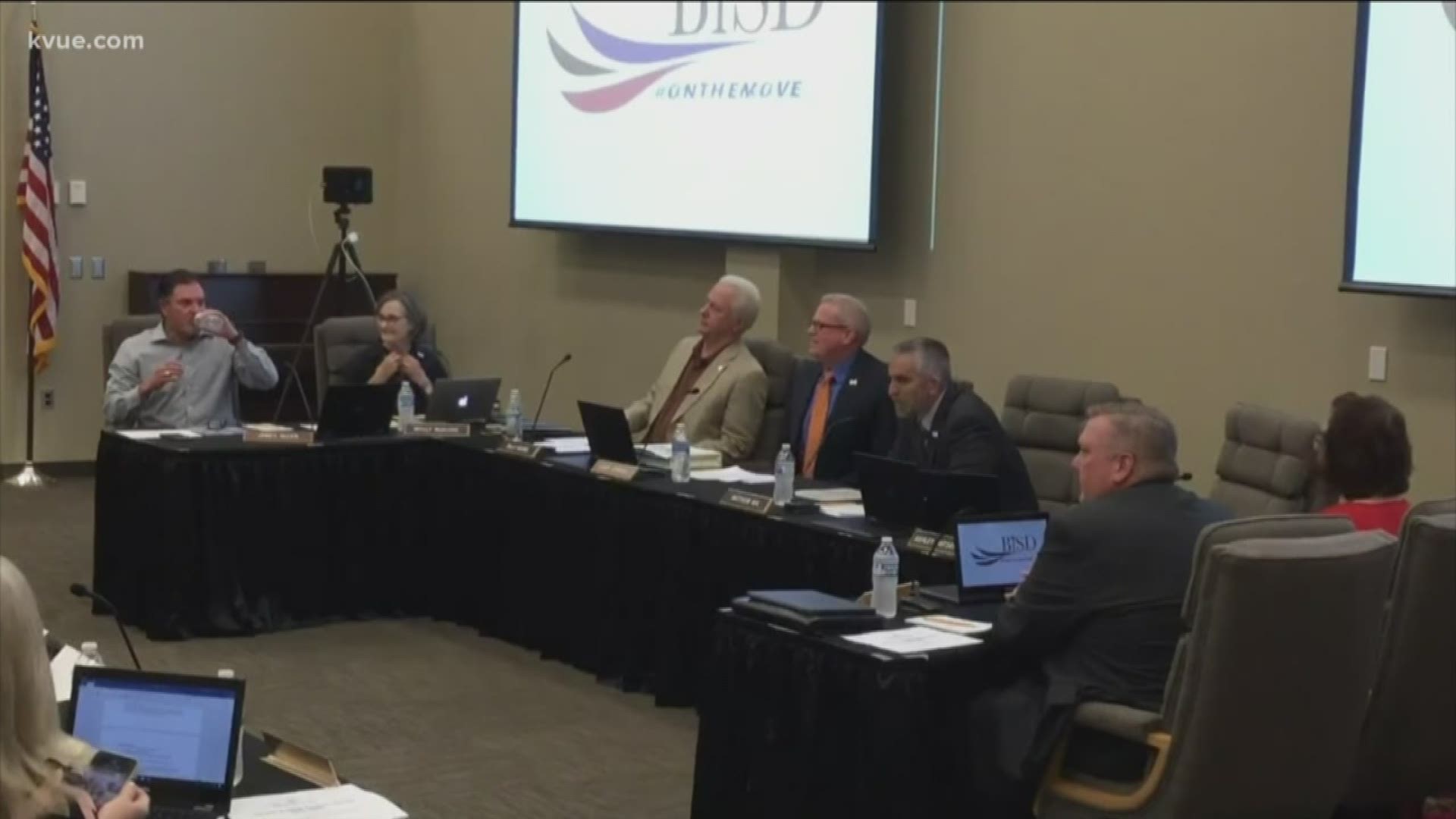 BASTROP COUNTY, Texas — A Bastrop teacher was reportedly fired last week after an allegation surfaced that she was having an inappropriate relationship with a student.

According to our partners at the Austin American-Statesman, the allegation surfaced in August in a letter Superintendent Barry Edwards sent to parents on Sept. 18.

The allegation against the teacher was reportedly made on Aug. 20 and the educator was placed on leave that same day, Edwards said.

Investigators have not released the former teacher's name, gender or age at this time. The school board discussed the matter in an executive session on Sept. 17 and voted to fire the employee without revealing their identity.

The school reported the allegation to the Texas Department of Family and Protective Services, the Bastrop County Sheriff’s Office and to the State Board for Educator Certification, the Statesman reported.

The Bastrop superintendent said school officials are working with the officials as they investigate the claims.

The number of investigations into allegations of inappropriate relationships between teachers and minors and students has increased in recent years.

Records show 429 cases were opened against educators during the 2017-2018 school year.

Six 911 calls were made after a man fell in his shower. So why did help arrive too late?