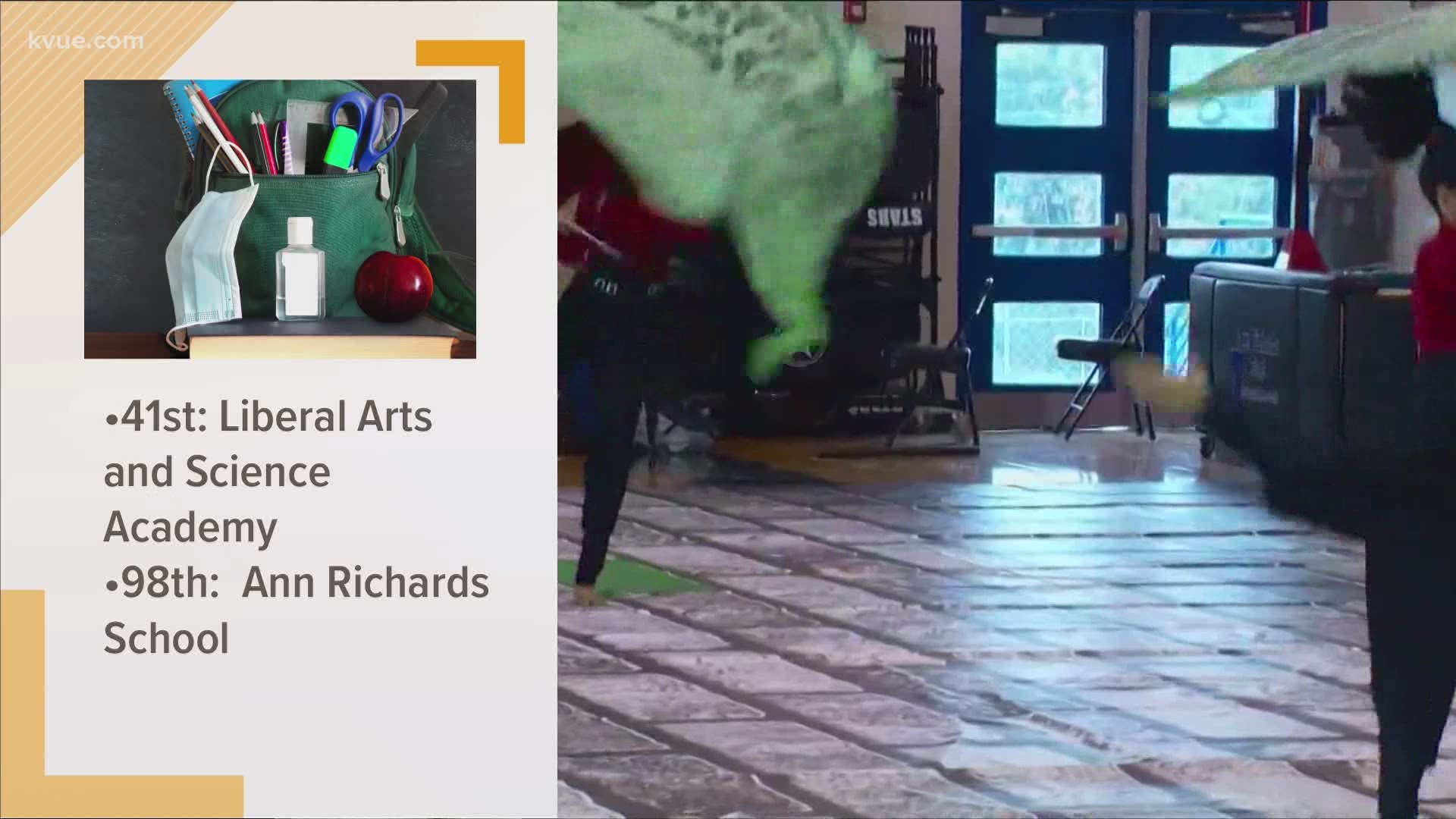 Austin's Liberal Arts and Science Academy earns the No. 41 spot in the nation and is the fourth highest-ranked Texas school on the list. It received an overall score of 99.77 and also ranks No. 60 nationally among schools that specialize in STEM (science, technology, engineering, and math).

It's followed by the Ann Richards School for Young Women Leaders, which ranks 98th in the U.S., 12th in Texas, and earned an overall score of 99.45. Both schools are part of the Austin Independent School District.

The 2021 edition is U.S. News’ most comprehensive survey yet, with the consumer advice outlet evaluating more than 17,800 public high schools on how well they serve all of their students, regardless of economic or ethnic background.

Notably, the data used in this edition is from the 2018-2019 academic school year, so it was not affected by the COVID-19 pandemic.

"Families can use the Best High Schools rankings to see how schools compare at the national, state, and local level on factors like graduation rates and college readiness," said Anita Narayan, managing editor of Education at U.S. News, in a statement. "The rankings also provide insight into academic performance among underserved groups, showing how well schools are supporting these students."

So, which school throughout the country ranks as this year’s valedictorian? Thomas Jefferson High School for Science and Technology in Alexandria, Virginia was deemed the best in the country, as well as among magnet schools. Read the full report and search for schools here.

Texas This Week: Ross Ramsey weighs in on the budget passed by the Texas House