After May's deadly mass shooting in which 8 students and 2 teachers were killed, the district has implemented several changes and new programs for the 2018-2019 school year. 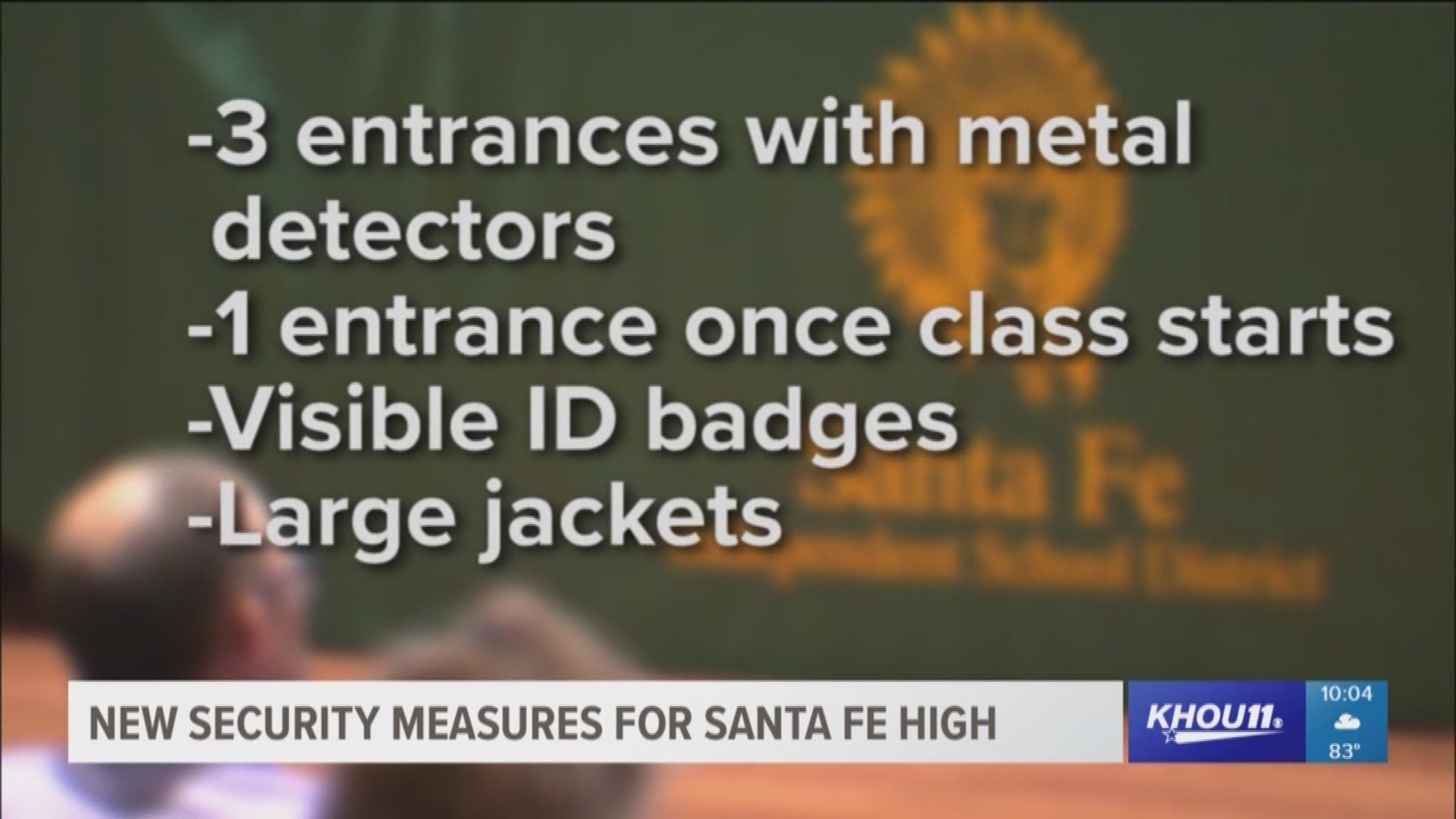 After May’s deadly mass shooting in which 8 students and 2 teachers were killed, the district has implemented several changes and new programs for the 2018-2019 school year.

The changes were laid out to community members at a meeting in the school’s auditorium Thursday night and include the following:

There will be three ways to get in to the school at the start of the day: a front, side and rear entrance. Once class has begun, the only access point will be the front entrance. Each entrance will be staffed with officers and metal detectors.

All students and staff must wear ID badges at all times.

Jackets that fall below the hip or have large pockets will be permitted.

The Santa Fe ISD Police Department has added 5 more full-time officers, bringing the total number of officers to 15. In addition, there are 9 part-time officers, and 10 campus security assistants.

In conjunction with SFISD PD, there is a "Parents On Patrol" program to help assist security. Twenty-five people are currently signed up for the program.

Threat Assessment Teams are being established to help identify students of concern, assess their risk and provide help. Social media platforms will also be monitored for troubling behavior.

The classrooms will be equipped with improved locks. Panic buttons have been installed in the classrooms.

Staff will be trained in mental and physical first aid, including in how to treat “bleeding” injuries.

The changes were met with support from several parents and community members.

More information about the changes can be found here.