The Texas school district has hired a third party to investigate other bullying allegations that happened prior to this year. 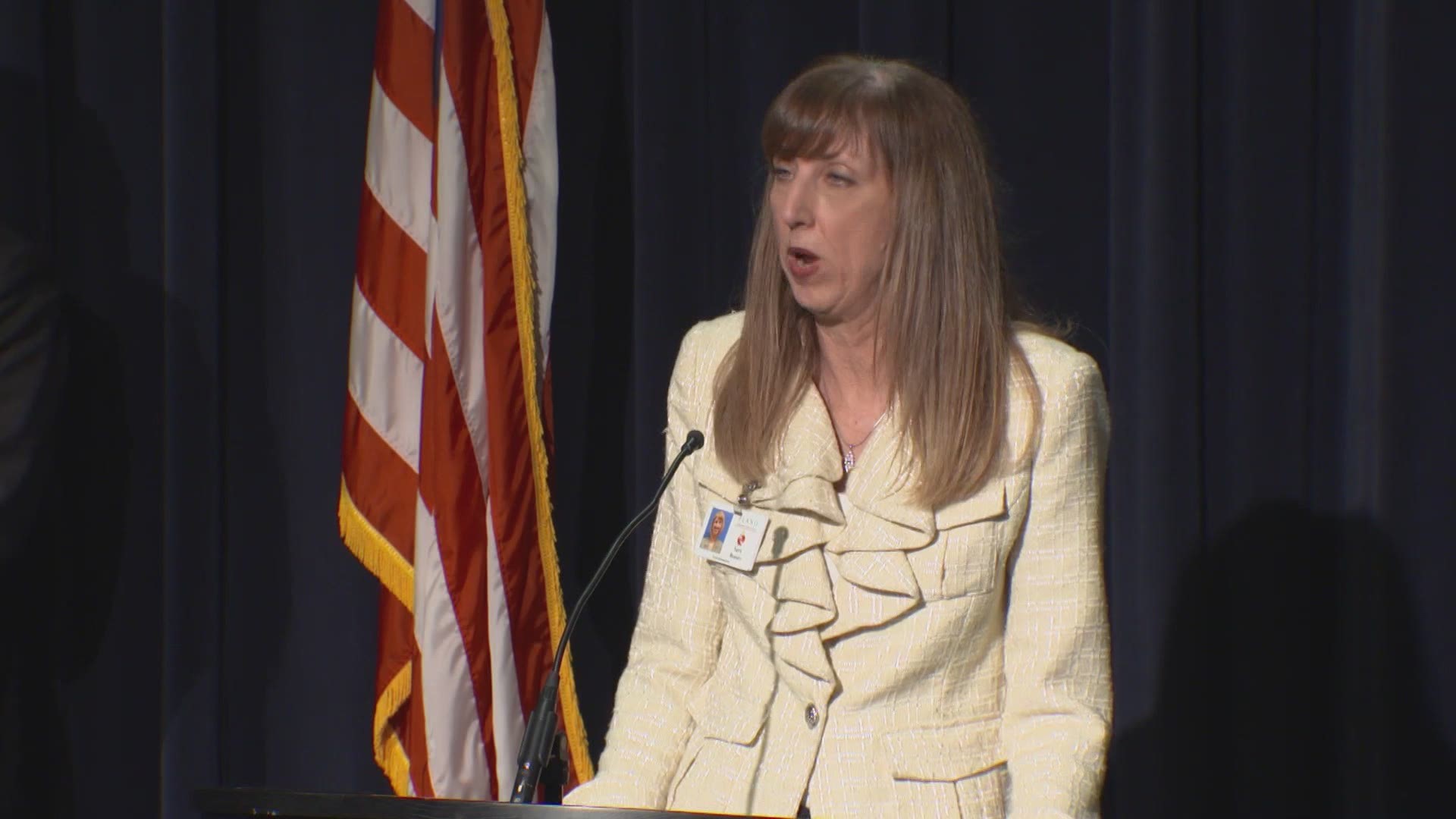 Plano ISD expects the investigation into bullying allegations from a 13-year-old student at Haggard Middle School to be released next week, officials said Tuesday. Plano police are looking into the incident as a possible hate crime.

This comes after hundreds gathered Friday in support of the Plano boy, whose family says was the victim of physical abuse and racial taunts.

Two weeks ago, a video surfaced of him being forced to drink a yellow liquid at a sleepover birthday party in mid-February. The family said it was urine.

The family claims he has been subjected to two years of physical and verbal abuse, including racial threats by students at the school.

The district also shared Tuesday that a third party was hired to investigate any previous allegations of bullying where the boy was a victim.

LaRosiliere said that he was appalled at what he saw in the video.

"I believe it's important that we shine a spotlight on this type of abhorrent behavior because the resulting dialogue is how we can work together to end bullying and racial abuse in our school and certainly in our community," LaRosiliere said.

Chief Drain said that on March 2 the boy's mother, Summer Smith, talked to a school resource officer about the sleepover incident, which he said took place on Feb. 12 and 13 and possibly Feb. 14.

Plano police assigned juvenile detectives to the case on March 4. Plano ISD said they are working with the police department. Drain met with the family Friday.

The family's lawyer was calling for this to be investigated as a federal hate crime, but Drain said Tuesday that there are no provisions for the FBI to get involved since those involved are juveniles.

Under state law, there is not a specific crime that is a hate crime, but if a crime is motivated because of race, sexual orientation or gender, then the punishment for that crime can be enhanced, Drain said. He said the department is looking at that in regards to this investigation.

The boy was also taken to the Children's Advocacy Center of Collin County, which helps children who have experienced trauma.

Bonser said she talked with Smith, the boy's mother, on Tuesday to hear about the boy's experiences.

“The meeting was good. Now what? I’m waiting,” Smith said as she spoke of demanding action from school district administrators.

The district has hired a third party to investigate other bullying allegations that happened prior to this year.

"If there are weaknesses in our systems or processes I want to know," Bonser said. "I want to know because we must do better when we know."

Bonser said they expect the inquiry into the February incident to be completed sometime next week.

“This was more than bullying. No boys will be boys again. We’ve heard enough of that. This was beyond bullying," Smith said. "The things that they did to my son in his sleep, in his sleep defenseless. It was assault. Assault with bodily fluid."

Smith said her family has become the target of additional racialized threats since speaking out publicly about the assaults. Smith said she’s had to move her family from home, due to some of the threats.

Chief Drain said that the department is aware that Plano ISD staff members and family members of Smith have been receiving threats. He advised them to notify the police department if they feel threatened or to share any threats that could be a criminal offense.

If a person is local who is sending imminent threats, then the department will file charges against them, Drain said.

The family took part in a press conference outside of the Plano Police Department on Friday, hours before a crowd of hundreds gathered in the same location.

Smith spoke at a news conference Friday, saying she wants people to know what happened and who they hurt. She also called their meeting with police officials "promising."

Smith also said Friday that a number of other complaints went unheard by the school and the district. Smith said the same group of young teenagers had repeatedly called her son the N-word.

Late Friday, Plano ISD provided a statement to WFAA, saying it had taken action immediately to ensure the victim was supported during the course of the investigation.

"Due to legal restrictions regarding the confidentiality of student information, Plano ISD is unable to release specific student information, but it can confirm appropriate measures were promptly taken to protect the victim and to investigate the allegations," the district's statement read.

On Sunday, Plano ISD sent an email to parents, saying:

"The Plano ISD Board of Trustees stands united in the belief that no child should be victimized in any manner, nor be subject to any form of bullying, harassment or intolerance."

The district reiterated it had taken immediate action.

"Plano ISD does not condone bullying, harassment, and/or threats against any student or any staff member. To that end, we intend to continue working with our parents, community, and local law enforcement to resolve this concern while remaining focused on the success and wellbeing of our students," the statement said.