Lourson Stallard is just like your average fifth grader except he needs just a little extra attention in school. That's because he was diagnosed with autism when he was three. 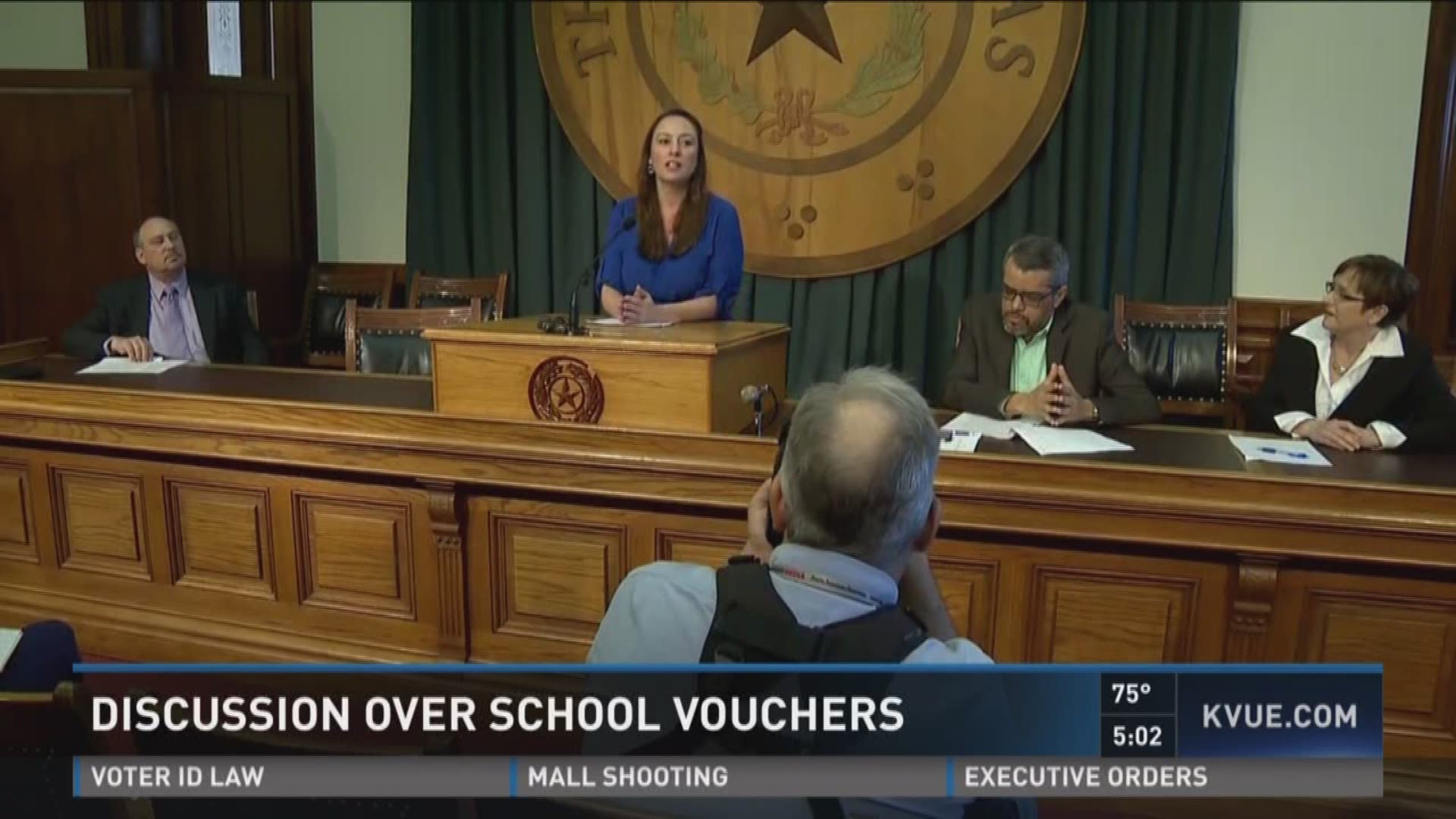 Lourson Stallard is just like your average fifth grader except he needs just a little extra attention in school. That's because he was diagnosed with autism when he was three.

"The system can initially be really difficult to learn how to navigate," said Jolene Sanders, Stallard's mother.

And yet she wants her son in a public school.

Sanders says that inclusion benefits not only her son, but his classmates as they learn to interact with each other. And the guarantees she's referring to are a free education in the least restrictive environment, teacher certification requirements and oversight from the Texas Education Agency; things private schools don't have to adhere to.

That's why Sanders is working with the Coalition for Public Schools to raise awareness on school vouchers.

"There's only one education budget in the state of Texas and Texans cannot afford to pay for two systems, one for over 90 percent of the students in the state. And another for affluent families," said Dr. Charles Luke, Director of the Coalition for Texas Public Schools.

As lawmakers tackle school finance this session, they're discussing vouchers; basically giving parents a portion of their public school property taxes back to spend on their child's private school education.

Supporters believe it allows parents to pick the best school for their child, but in a symposium hosted by the Coalition for Public Schools, opponents say there are hidden factors like costs vouchers don't cover. Those costs can include transportation, lunch, counseling services and possible tuition gaps which result in equity and access concerns.

"Schools have the ultimate choice in which students they choose to actually enroll. So lets not confuse parent choice with the fact that the supply side still ultimately has control of choice," said Dr. Luis Huerta a Columbia University professor who's done extensive research on school vouchers.

Huerta added there is a limited supply of private schools and as demand increases, the cost of tuition will likely increase as well.

Dr. Julie Mead, the Associate Dean for Education at the University of Wisconsin, noted Wisconsin has the oldest school voucher program in the United States and now, the majority of schools that accept vouchers have become voucher dependent and the majority of the students attending the schools are paying with public funding not private funds. She warned because private schools aren't regulated by states, this takes away the public and lawmakers ability to define what should be taught.

All factors that will have to be considered in an on-going debate about what's best for the youngest Texans.

People in support of school choice will meet at the Texas Capitol at 10 a.m. Jan. 24.