The Alternative Teacher Certification program is seen as a way to help combat teacher shortages in Texas. 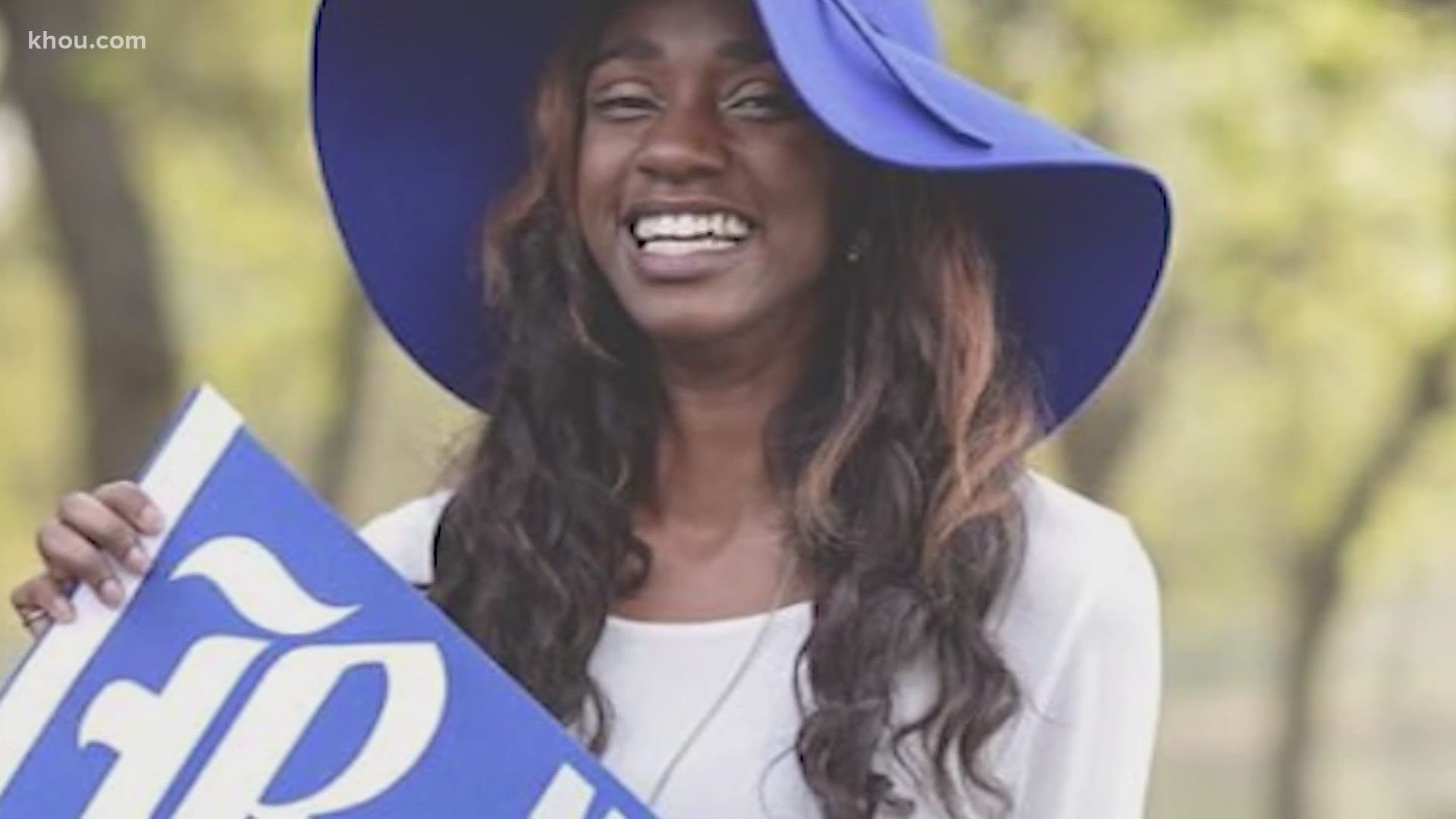 HOUSTON — It’s been awhile since she was a student at Humble ISD’s Woodcreek Middle School, but Rice University English major Bryanah Rideaux may soon return as a teacher.

“I’m actually considering asking about the middle school that I went to,” Rideaux said.

Rideaux, who had a daughter while an undergraduate and runs on Rice’s track and field team, kind of put her post-graduate plans on the back burner. That's until she learned about a new program that allows students to work as paid interns teaching classes while they earn their state certification.

"They have it to where you will be able to teach on a probationary basis, and so you won’t get your full certification until after your first year," Rideaux said. "But you’re learning as you go.”

“I’m actually considering asking about the middle school that I attended.” @RiceUniversity senior Bryanah Rideaux is on track to get a teaching certificate thanks to a new program that’ll get her in the classroom while she earns it. I’ll explain: @KHOU at 4:00 #khou11 pic.twitter.com/qWWpk0Yiz3

A $250,000 grant is helping Rice get its Alternative Teacher Certificate program off the ground.

It's designed to help address teacher turnover and retention rates in Texas.

“Bryanah is one of the members of our inaugural class,” said Dr. Jennifer Gigliotti, Senior Dean for Education and Academic Initiatives.

"What’s happening is aspiring teachers are deciding late in their undergraduate career that they want to go into teaching," Gigliotti said. "Or perhaps they’re looking to do a career change...so they’re looking for a faster, accelerated route into the classroom.”

Once they’re in the classroom, there’s an extensive field support component to make sure they remain on track.

“I’m so excited. I really am,” Rideaux said.

Rideaux was also part of the inaugural class at the school where she may end up a teacher.

"I think that I’d be able to encourage students to reach out for that higher education goal,” Rideaux said.