Malala Elementary opened its doors to students on the district’s first day back from holiday break. 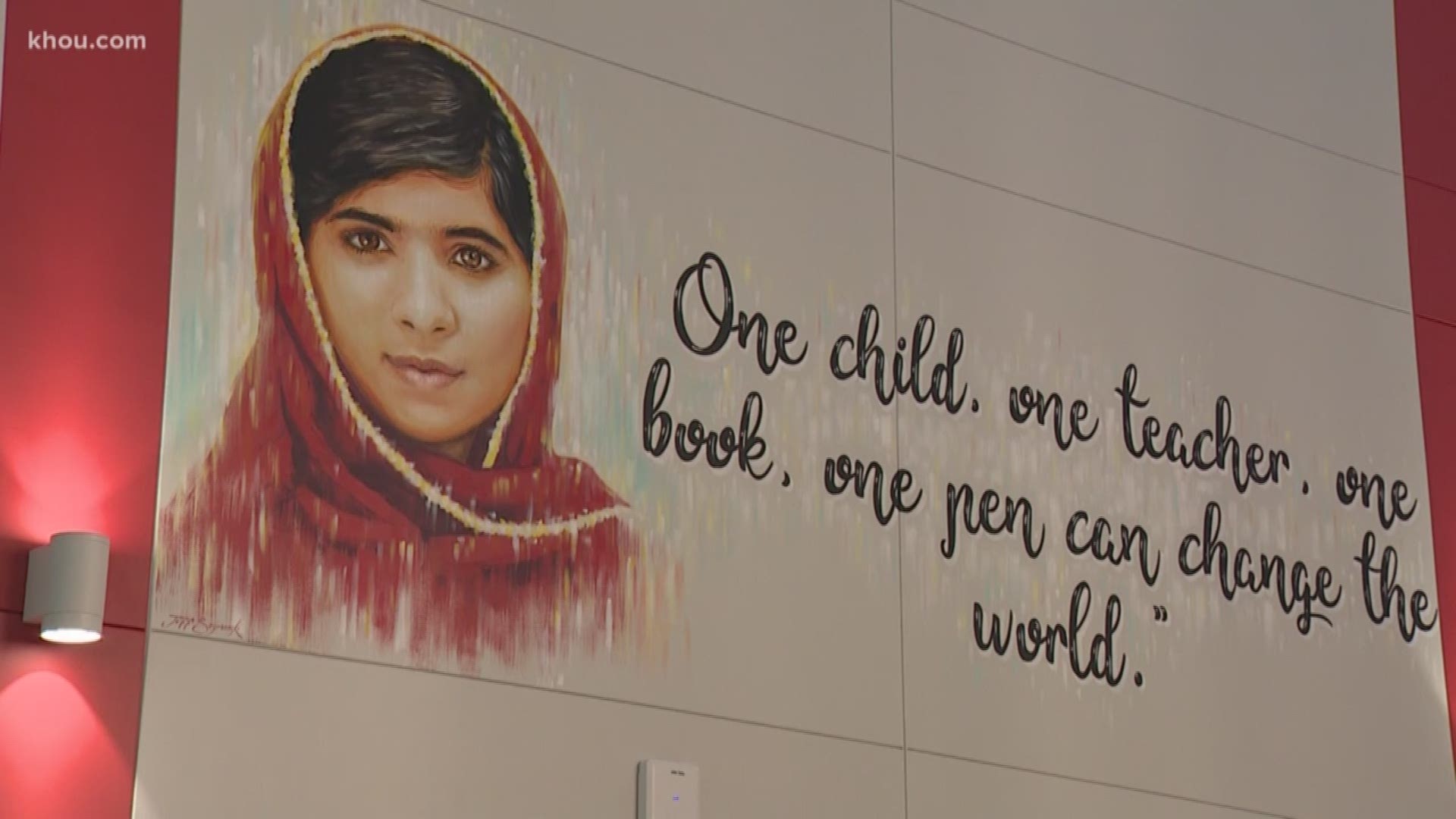 FORT BEND, Texas — The youngest Nobel Prize winner is the namesake of a brand new school in Fort Bend County.

Malala Elementary is Fort Bend Independent School District's newest school. It opened its doors on the district’s first day back from holiday break.

The school, which got its name last year, was previously split between two campuses.

They’re now unified in a beautiful new building off the Grand Parkway and named in honor of 22 year-old Pakistani education advocate Malala Yousafzai who earned the Nobel Peace Prize as a teenager after surviving an attempted assassination attempt by the Taliban.

The principal says it’s quite an example for students in the new school.

Malala Elementary was chosen by a committee out of more than 100 names suggested by the community.

Right now, there’s an active effort to get Malala herself to come visit.

The principal said she has corresponded with Malala’s father and they’re pleased by the new school’s name.