Nelson-Fryar voiced her concerns about her safety and the safety of students across the city. 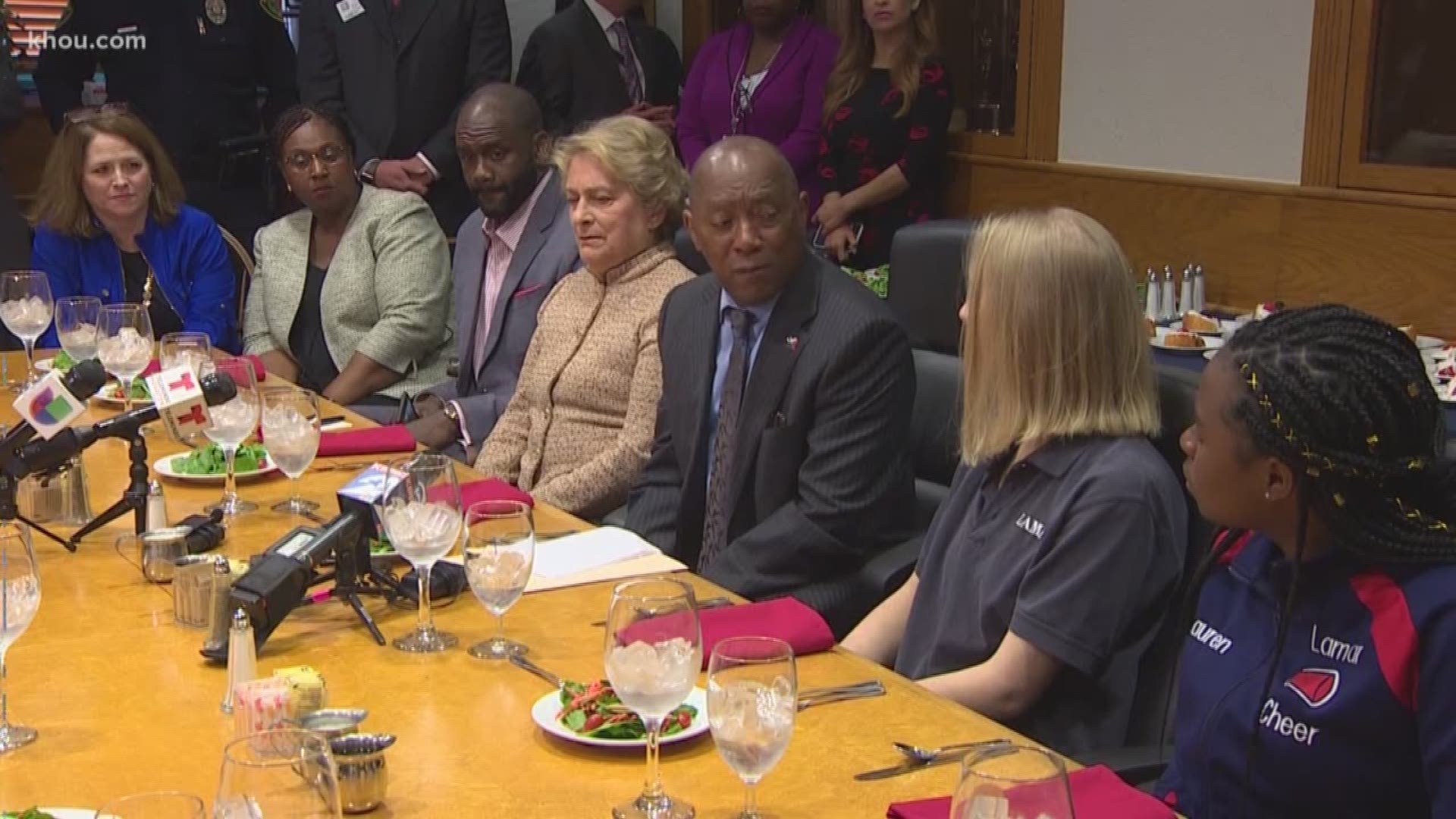 This comes two weeks after 18-year-old senior Delindsey Mack was gunned down near the school and another student was injured.

A week ago, another Lamar High student reached out to the mayor directly through a heartfelt letter.

In the letter Elizabeth Nelson-Fryar, 17, voiced her concerns about her safety and the safety of students across the city.

My name is Elizabeth Nelson-Fryar. I am a seventeen year old high school student at Lamar High School. We are the second largest school in Houston and we need help.

In five days, four of my classmates have been shot, three of them have died. We have had a shooter come onto our campus two years in a row. Today, a fellow senior was murdered during lunch on the street in front of my school. We were on lockdown for almost four hours. We have been through so much emotional and mental pain these past five days, and we need help from government officials like you to keep us safe.

We cannot do this alone, and we cannot afford to waste anymore time. The longer we wait, the more children will be killed.

I am losing faith in our country, state, and beautiful city every time I walk into school and see our nation’s flag at half mast.

I was at the student walkout at city hall last year where you spoke to us. You told us we needed change, we deserved change.

Where is that change, sir? We waited. We waited, and more kids, our friends and peers, died because of the wait. This is not the world I want to live in. I will see to it that change is made, but I need, the youth of Houston, need you and our elected officials to protect us.

My mother is a teacher. My brother is in school to become a teacher. While I might be graduating this year, my family will be teaching in your public schools. I cannot and will not stand by and watch those I love get hurt.

Mayor Turner thought about only responding the Nelson-Fryar but felt it was important to meet with her and other students in person.

“I heard you and I see you and we care,” Turner said sitting around a conference table at Lamar High School Tuesday.

He reassured students their safety was the city’s top priority.

“We don’t want you to be coming to school, being here during school, leaving immediately after school and concerned whether or not you’re going to return home safely,” he said.

“I think it’s really important for everybody to not be afraid to go to school, to walk home,” Nelson-Fryar said. “I think that that would be a great change that’s going to take time to see happen.”

The mayor was touched by her letter.

“You said, ‘I’m losing faith in federal, state and even my city.’ That got to me.” said Turner.

He said the city is actively working to make schools and the streets safer for kids.

“You have our attention and quite frankly, I am disappointed that we haven’t been able to prevent gun violence within our city,” the mayor said.

Nelson-Fryar said she won’t stand by and watch more of her classmates killed by senseless gun violence.

She said, “You can make changes happen. You just have to ask for help.”

Houston Police Chief Art Acevedo said they’re still investigating the shooting that killed Mack but no arrests have been made.