Kellin McGowan, a student at Houston's St. Thomas High School, plans to enroll at the University of Chicago.

HOUSTON — English teacher Darrell Yarbrough describes student Kellin McGowan as “a superhero with a cloak of humility. You will never meet a nicer person."

It was founded in 1900 and is located at the corner of Memorial Drive and Shepherd.

"The guys here are really competitive academically," said principal Aaron Dominguez.  "They support each other. They hold each other up, but they're also vying to be the very, very best."

Kellin McGowan says he was surprised when it was announced earlier this month that he is the class valedictorian.

"By being valedictorian, I think that I can change some people's perspective about my race specifically," said McGowan.

"News worth story," wrote Tami Collins.  She's the parent of another high school student who is so excited about the news.  "The first African-American valedictorian in the 119 year history of St. Thomas High School." 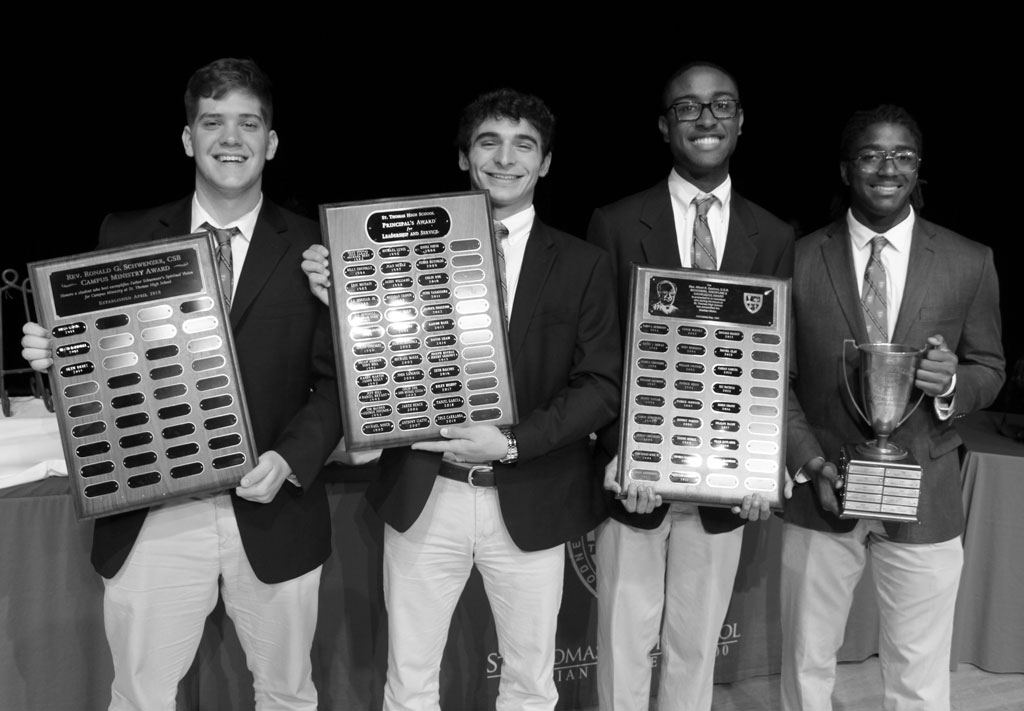 Academic Awards Assembly Celebrates Scholars Preparing for Life with Purpose and Continual Exploration
The St. Thomas Academic Awards Assembly is an annual celebration of significant academic achievement, a tribute to scholars preparing for a life of purpose and continual exploration. "This is a joyous occasion where we share in the amazing accomplishments of our students," said principal Dr. Aaron Dominguez '96.

McGowan plans to enroll at the University of Chicago to pursue an emphasis in political science with aspirations of attending law school in order to become an immigration attorney.

He was also selected for the Albert R. Gaelens Award- for the senior student who best embodies the school motto of “Teach me goodness, discipline and knowledge.”

Seniors are nominated by their peers, then faculty votes on those receiving the most nominations.